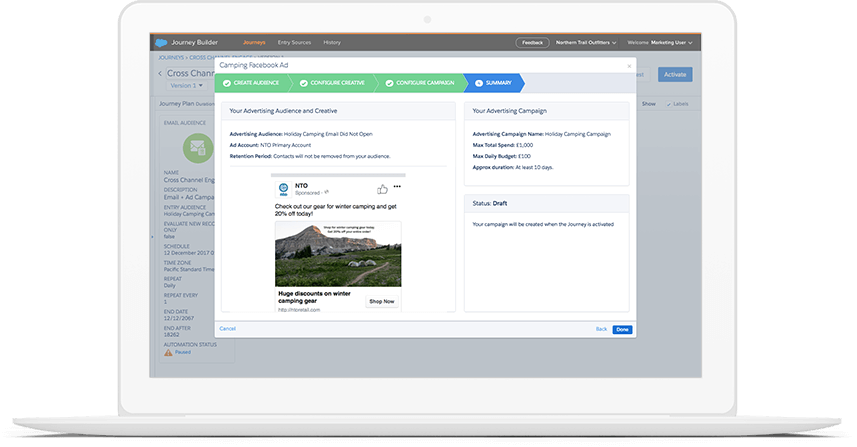 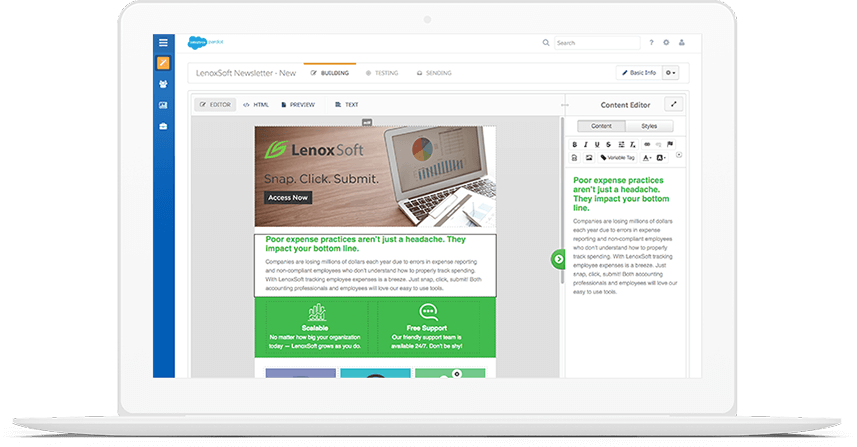 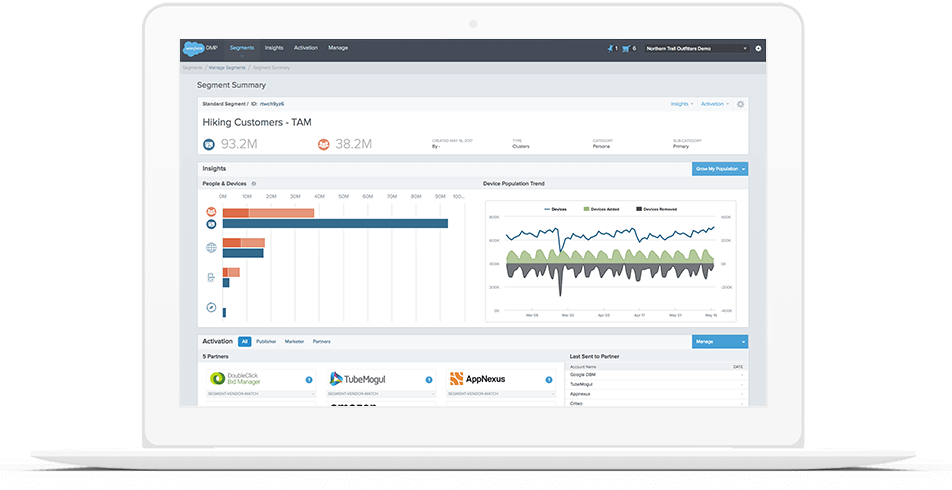 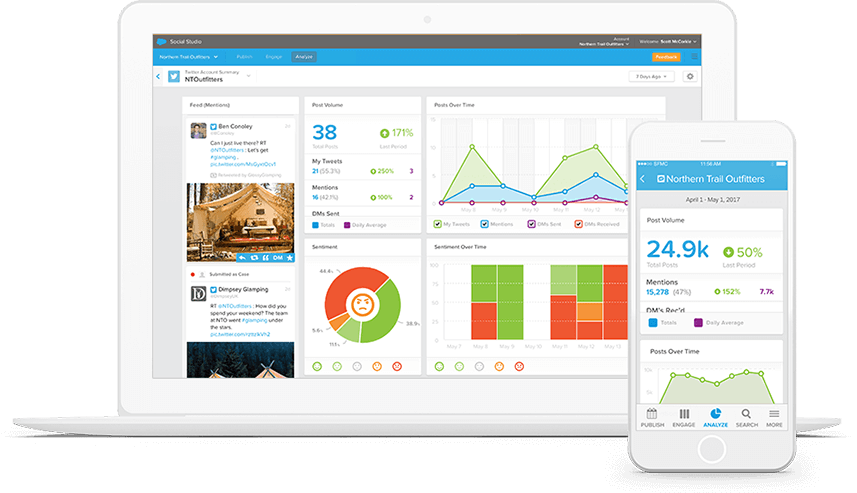 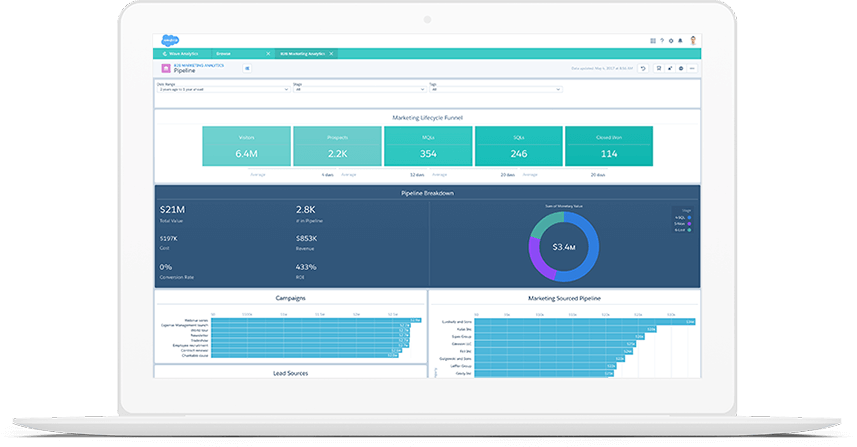 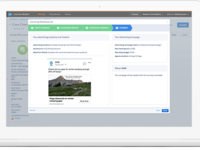 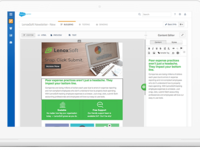 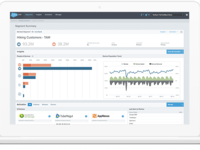 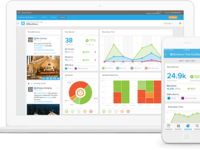 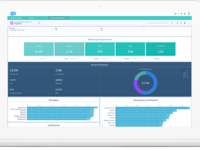 Avantages: This software is an online SAAS, and is some of the most powerful Marketing Software on the planet. The software is best used in an environment where personalized, but mass email communication is needed--typically for B2C situations. Pardot is an ideal product for B2B solutions. Although the product can be configured and used by end-users, it is best to work with a partner.

Inconvénients: There are many updates needed in order to make the software work in a more user-friendly fashion, particularly when compared with less powerful solutions, like Constant Contact, MailChimp, etc. A Salesforce partner will cost additional money to implement the solution, but it is a good investment.

" Incredible tool, make sure you have an infrastructure "

Commentaires: An incredible tool when an infrastructure is in place that will allow for collaboration between marketing and sales as well as support in place for the sales team so they don’t get bogged down with the administrative component. If you are a Manager then you will love these reports.

Avantages: As a provider of digital marketing automation (email, social, ads) and analytics, is great when it comes to connecting the dots between what you know about customers and what marketing materials you should send to them. The Journey Building feature is incredible for this. This also allows you to set triggers and make intelligent automation decisions.

Inconvénients: Make sure you have an infrastructure in place that will allow for the immense amount of data entry and data maintenance necessary to keep the CRM up-to-date and allow intelligent marketing insights and automation to even be possible. You don’t want to make marketing decisions based on an accurate CRM information.

"The Marketing Cloud for Email Developers"

Commentaires: It's not bad. Its very user friendly when you need to build assets with less time. I think those who have a more B2C business marketing model will find this more beneficial with the 1:1 ratio for personalization.

Avantages: The drag and drop feature really made it so much easier to build emails and landing pages. Asset development time was really reduced significantly with less margin of error however everyone should always consider the actual content you embed for the actual message of the email and the marketing assets. Very little use of HTML/CSS code is needed but it does help trouble shoot at times.

Inconvénients: It definitely lagged at times and the main frustration is the navigation back and forth to other applications and not being able to have multiple tabs open at the time which is something competitor products have a leg up on.

Commentaires: This is a very serviceable software and will serve it's purpose. It can do a lot, so depending of the size of your organization it might be too much for the cost.

Avantages: In addition to being able to import a distribution list, this product integrated with our CRM (Recruit) so we were able to send to segregated lists and it showed what emails were sent in Recruit. This made it easier for our reps to see when correspondence went out to their pipelines. It is rather simple to create and distribute emails.

Inconvénients: Some of the functionality was a bit wonky, and emails viewed differently between various email clients. Line spacing was the biggest thing that varied quite a bit. Everything would look great in SFMC, but when an email was received in Outlook, Mac Mail, or Gmail, all three would display it just a bit differently. Not sure who's problem this is. It also doesn't embed video either. The workaround is to create a screenshot as a graphic, then add a link to it.

Avantages: The personalization options are pretty cool. But when you use them (with AMPscript) the Journey Builder is pretty much useless as Engagement Splits don't work with them.

Inconvénients: Where to start.
- Extremely buggy system. We had multiple issues with the Journey Builder that resulted in a number of our subscribers receiving thousands of emails which put us on the spam list for Gmail.
- The Journey Builder is extremely rigid. You have to create new versions if you want to make even the smallest edit. Then you'll likely need to double check every single step because things break super easily.
When you update emails that are used in Journeys in Content Builder, you need to go into these Journeys and manually update these emails again to make sure the changes take effect. You can try to solve this with Reference Content but then Engagement Splits don't work because it cannot see the URLs. Same goes for using Dynamic Content. Also, current subscribers in the existing version of a journey cannot be placed into the new version of the journey. Lastly, you can only add subscribers to retargeting audiences but NOT REMOVE them from these retargeting audiences. You'll have to create ANOTHER retargeting audience (for which you have to pay extra) to exclude these in e.g. Facebook. Compare that with a cheap tool like ActiveCampaign and you're just amazed how bad Marketing Cloud is. Especially Journey Builder is the worst app I've ever come across.
- The platform is basically not usable without Salesforce CRM. This creates a number of problems, e.g. not being able to simply send a realtime response email when someone fills a form on your website. Also, even though it's the same company, the integration between Salesforce and Marketing Cloud is complex and just basically terrible.
- Cloud Pages Smart Capture forms are useless. It doesn't accept people that are already in the data extension that is connected to a particular Smart Capture form but it does not warn you about this in any way. Also, if you use Salesforce as your DoR you can't use Smart Capture forms but are forced to build custom AMPscript code due the ContactID being created in Salesforce (not possible in Marketing Cloud).
- As I mentioned above, functions don't work well with each other. This because they just bought a bunch of different companies and tried to tie it together. This also makes it very difficult to navigate as some functions overlap while others are completely incompatible. The system is also very slow. Loading times are not rarely over 10 seconds. This makes working with it daily a true torture. There are numerous other smaller bugs and annoying things that I don't have time for to write down but if I can summerize, if you want your marketing team to be lean, flexible and successful then do yourself a favor and pick any other system.