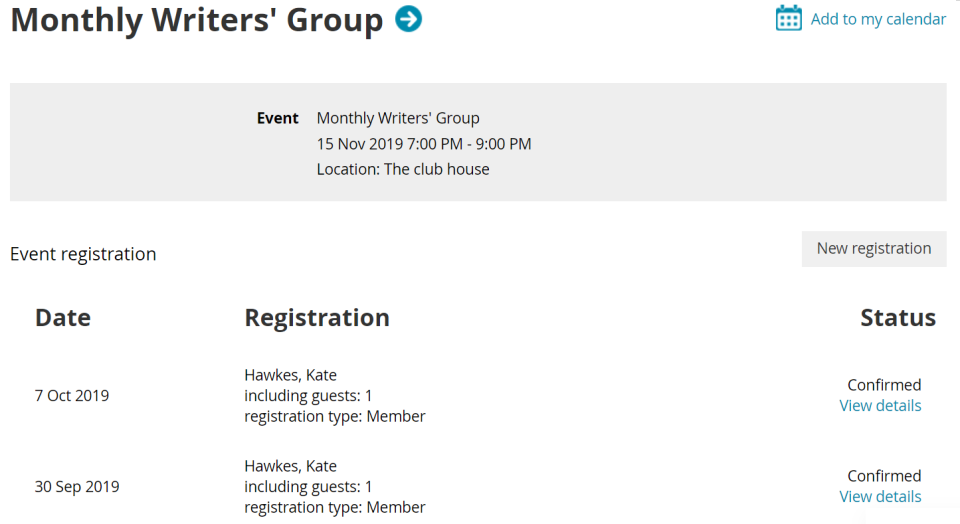 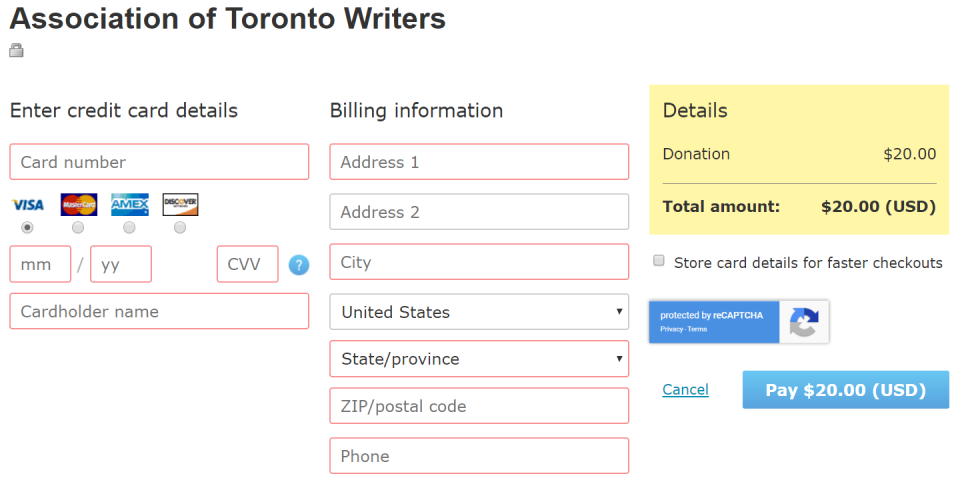 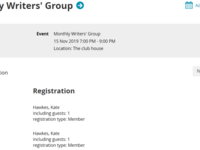 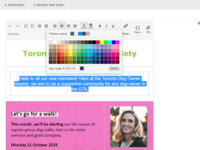 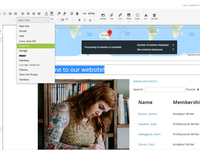 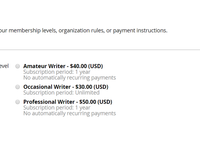 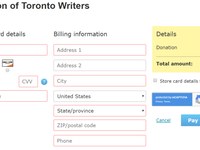 "One of the Best"

Commentaires: Wild Apricot is a powerful solution for membership management, entry-level web stores and organizational websites. The company provides extensive learning tools and is responsive to requests and questions.

Avantages: Wild Apricot is easy to use and includes the powerful features I would expect from much more costly systems.

Inconvénients: I don’t like the extra costs charged when using a payment gateway other than the one from Wild Apricot.

"Use with Multiple Organizations - A True Advocate"

Commentaires: Eight years ago I went through a selection process and chose Wild Apricot and then implemented it. A HUGE step up from disparate systems on Excel, a separate website, and email. This year I led the selection and implantation process for a different organization and Wild Apricot came out on top again. Processing a new member went from one hour to minutes. Renewals from 30 minutes to zero. Sending out emails used to be a huge process. Now it's simple.
One thing I've noticed is that Wild Apricot continues to add and improve features. The website builder has gotten easier to use. And adding responsive themes and an easy-to-implement app is a huge plus.

Inconvénients: Nothing that would stop me from selecting it again. Some of the newer features like polls can use some development, and formatting is sometimes challenging. But the tradeoff for a fully integrated system is well worth it.

"Does the job but feels very outdated"

Commentaires: It is functional and works, but has a lot of room for improvement--especially with the increase in cost.

Avantages: It was very nice to have a software to organize our membership. The software was built into the website directly, so members can directly renew their membership while browsing the website. You can build different user permissions into different levels.

Inconvénients: The UI of the websites you build with this and the backend feel outdated. I feel like the event tool could be more powerful, especially with how powerful you can easily build websites with Drupal/Wordpress. It would feel more like a membership program if the events could be dynamic with attendees, volunteers, being able to list what is still needed, etc. We found ourselves moving to Facebook or Next Door a lot to interact with our members. Also, in the span of one year, our plan went up by $20/month, which was an extra $240 a year for our small, local advocacy group.

"Wild Apricot, is it good for membership website builder?"

Commentaires: Overall, the Membership Database is good, Event emails can be automated to send to registrants and managing the membership is good but there are some serious lacking features that need to be addressed by WA otherwise customers are not going to be satisfied by the $1670 (AUD) just on the system that can feel very broken. If WA could either do a large update on the Builder and start working on integration for Xero and other large Accounting packages so that it provides a simple integration instead of just having the one.

Avantages: I absolutely loved setting up this software, I found it very challenging but I do enjoy a challenge. I migrated out of Associations Online (AO) to WildApricot (WA). I found that using the CSV export of the membership out of AO really easy and the upload in WA simple as well. The events system is fantastic for Zoom and events that need to have someone at the door checking people in. The admin app for WA is awesome when I'm on the go and just want to see who has checked into an event or who has registered for an event.

Inconvénients: The biggest, and I mean this is a deal-breaker, the site builder is seriously broken and needs a massive update. I have checked about 30 other sites that use WildAprioct and they all look the same. Very Narrow, broken up into blocks of either 1/2/3. There is a basic function of having a button added but the customization of said button is the link and text. Not the colour or the size. The blogging functionality for the site is very basic which is fine but it would be nice if I could categorize it and allow for displaying the post on other pages so that it isn't locked to the single blog page. WA integrates with WordPress so I wanted to build a better-looking frontend for my site but the downside is the integration is not in full. You can have the login and some profile migrated over but things like Events, Profile Updates and even administration of membership can only be done in WA. So any changes in the profile can not be done in WordPress as it is only a one-way sync. The plugin for Wordpress is only a SSO for WildApricot. Finally, the Support/Feature request, WA is probably one of the slower ones for it. It may take years for anything to happen. They update often around the 4th of each month but its never anything that is really useful for the Admin or User. Its usually bugs in the system which is awesome, but I would really like to see some more functionality with the system like the website builder and other integration into online Accounting Packages.

Commentaires: The selection of Wild Apricot has allowed a small non-profit working with a hodge-podge of cobbled together "free" solutions to move into the 21st century. Volunteers and board members can work from a unified database rather than multiple, out-of-sync, task-specific spreadsheets. Tasks can be distributed without dis-integrating this data. Web site integration and payment processing allow members, donors and event participants to interact with the organization online, rather than the previous limitation to paper forms and checks. Implementation was straight-forward, if not exactly "simple". Years of old and inconsistent data always complicate a migration. The choice to integrate with the organization's existing WordPress web site rather than fully implement Wild Apricot's built-in CMS also provided some challenges. Support was mostly timely and helpful during the migration and implementation phases.

Avantages: Product is full-featured and the least expensive for a small non-profit on a limited budget. Of particular interest were membership management features, including self-service join, renew, and update. Also critical was event management and integration with membership, since the organization's main publicity and fundraising activity is a large bike ride. Web site integration was also attractive. Good platform for communicating with members and event participants. Payment processing integration for memberships, donations, and event registrations.

Inconvénients: Lacked QuickBooks integration, although the organization's treasurer at the time did not consider this a needed feature. Lack of volunteer management, though that was not considered an essential feature at the time of review. Web site integration works best when using the built-in CMS. Integration with WordPress, the organization's existing CMS was largely successful. However some issues did arise with the forms for things like memberships, donations, and event registrations, especially on Apple devices.