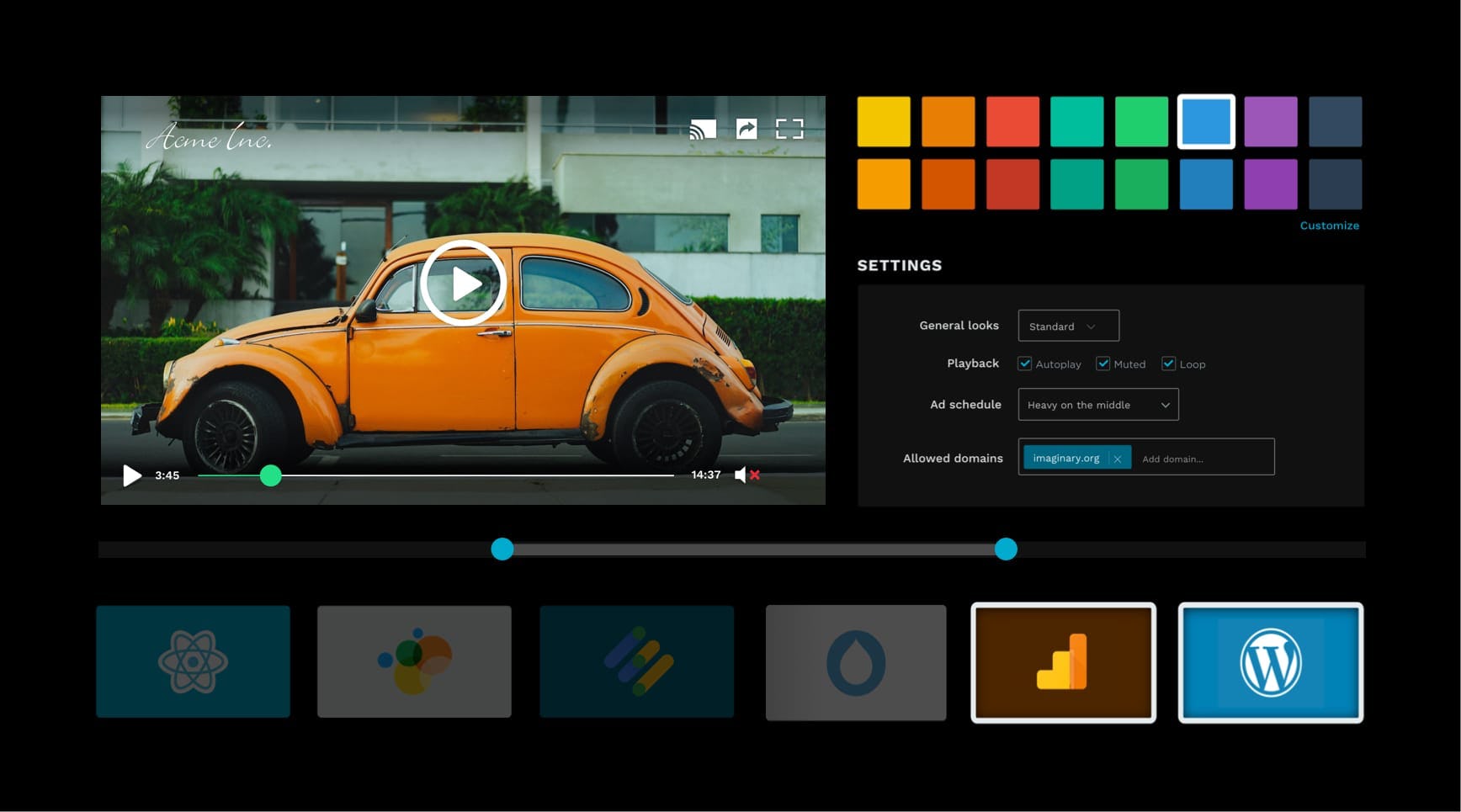 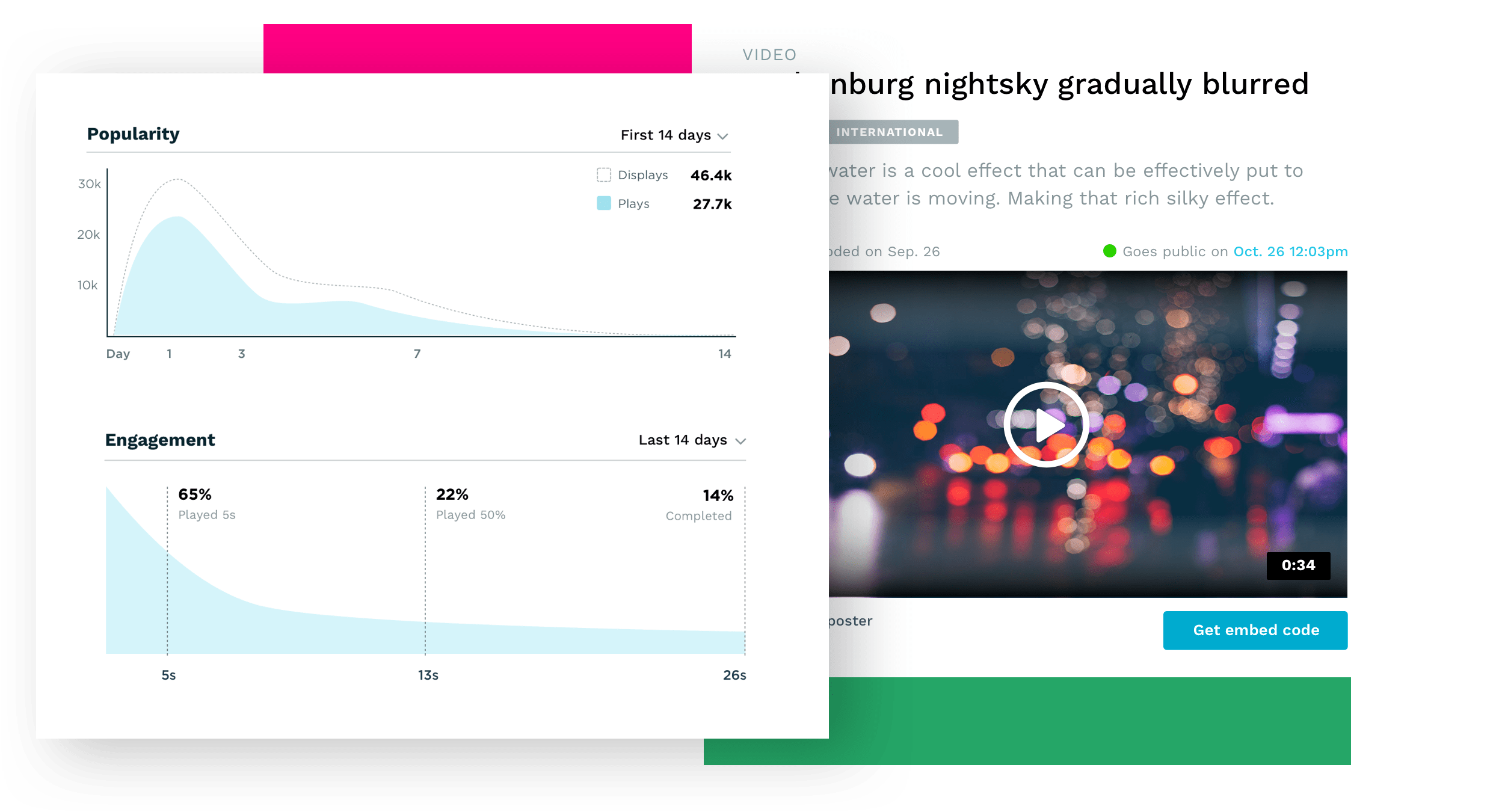 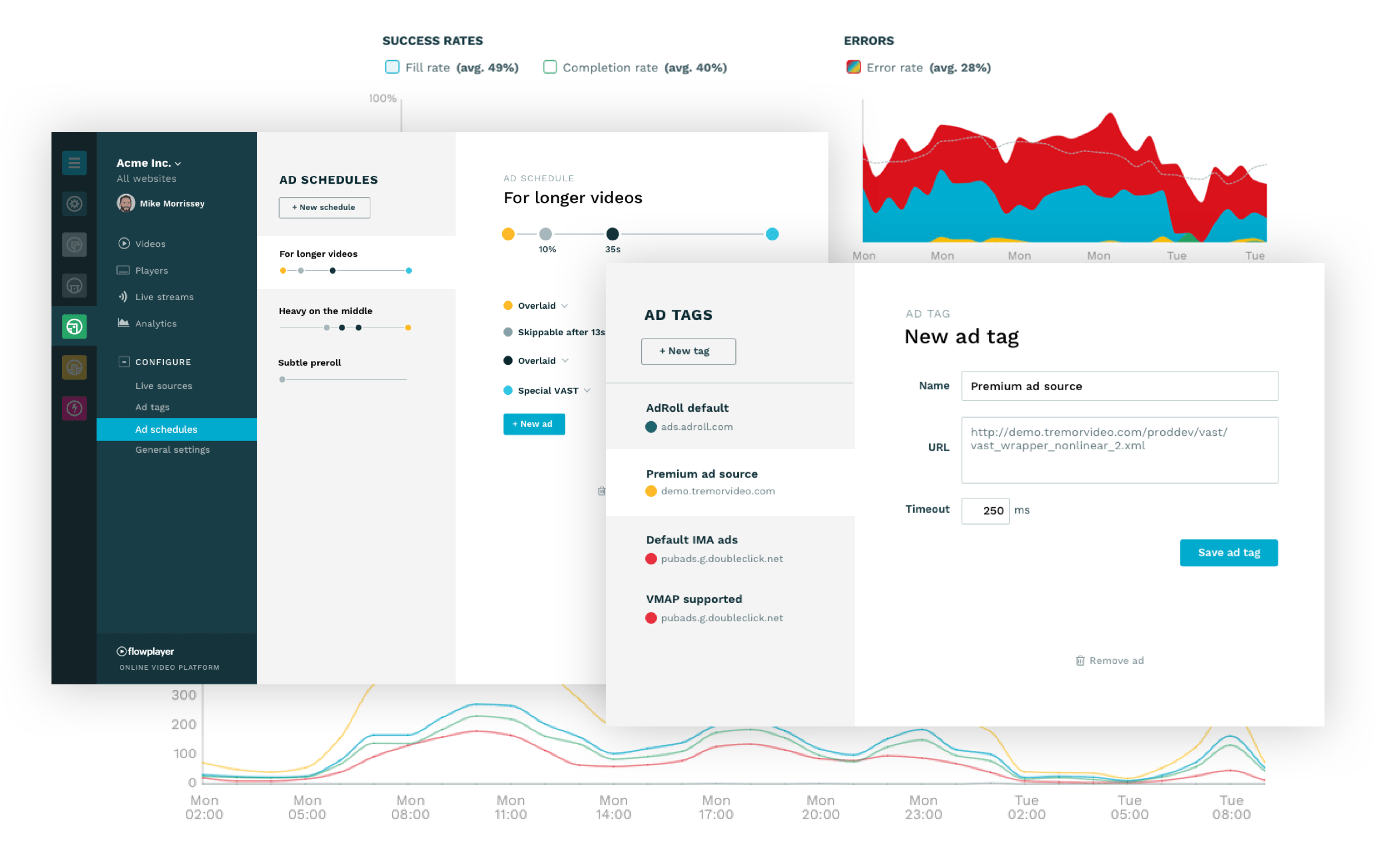 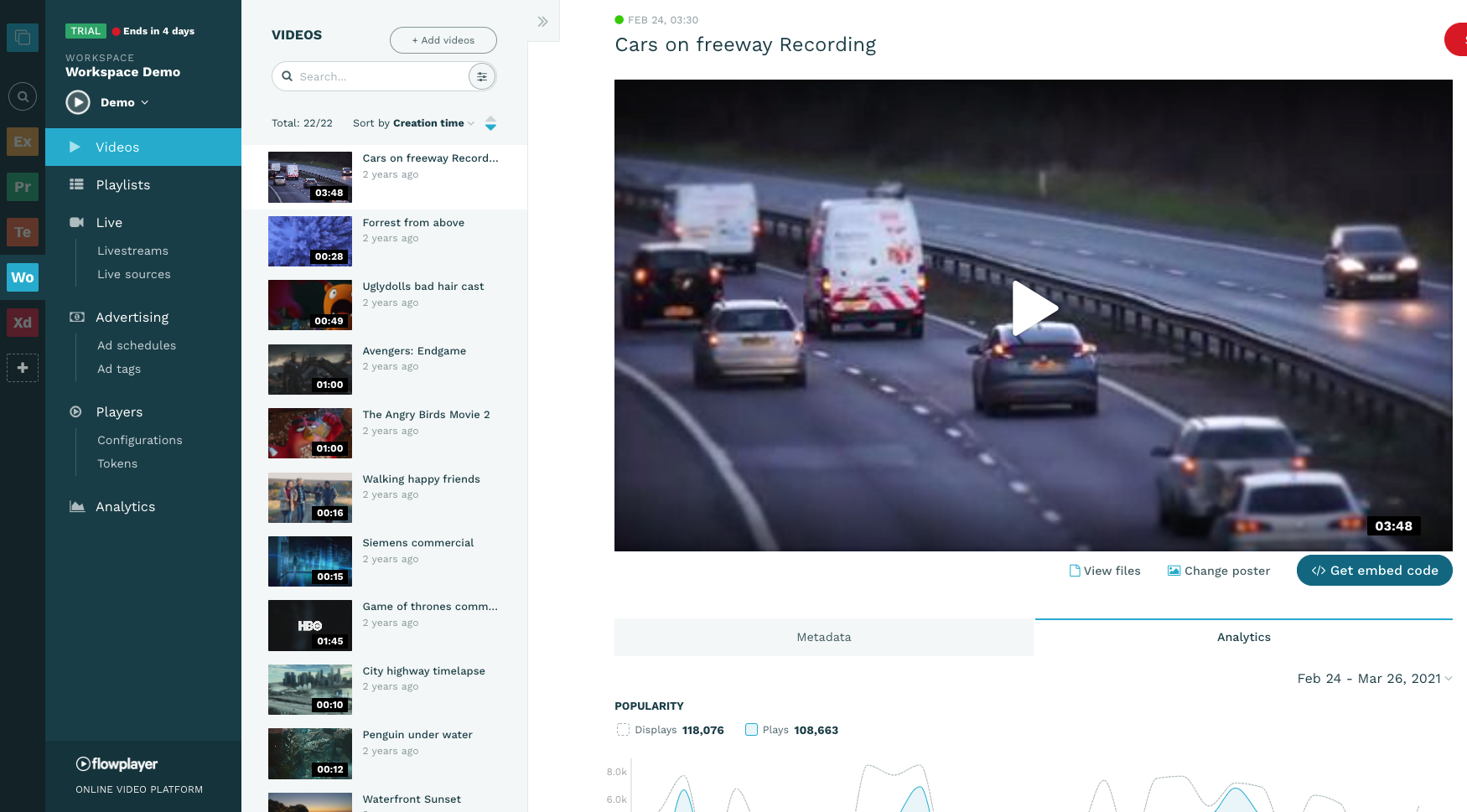 5,0 (4)
DemoUp Cliplister offers a secure and centralised cloud platform to easily and securely control and deliver all of your visual assets.
Voir profil Afficher la comparaison

Simple to setup and manage

It was easy to setup, several configuration possibilities. Video quality is good.

Expensive to pay it every month. No other problems so far.

Commentaires : Half of our content is for videos to be displayed to viewers, so FlowPlayer is a major part in this.

It works on all browsers & mobiles, auto detects HLS when using their hosted platform & has a very nice design + customisation options.

Best option for self-hosted SaaS developers! but has severe bugs too

Commentaires : We tried some open source solutions, but the only one that claimed to have the features we needed was simply far too disjointed, disorganized and involved way too much trial and error to even get a full-bodied test up. So we reluctantly dived into Flowplayer. It was concerning because they seem to be going cloud-hosted as well. We can only hope they see the wisdom in leaving self-hosted as an option always. Flowplayer has really been nice to work with and I think their pricing model is fair. For self-hosted needs, FLOWPLAYER IS THE ONLY OPTION right now - if you really need robust full feature. Save your team the time, and just go Flowplayer. Hopefully they have the severe bugs fixed soon without introducing a bunch more, and then its the PERFECT PLAYER.

HLS + Dash + MP4 with browser detection, priority sources was key! Multi-quality sources key! Subtitles + Thumbnail tracks very good! Easy to setup, mostly clean and comprehensive API - must have! Documentation is better than most - some room for improvement, along with some better standardization of API features especially in the UI area. Support that actually responds? well thats nice. Could be faster response, but a few days response time is better than none at all!

It has severe bugs we were surprised to be the first to notice and report. The company didn't take our reports seriously until we gave them examples where they could see it themselves. 'Severe' bugs are when documented features simply don't work. In this case, it was dynamically loaded playlists, with mixed sets of videos containing mixed sets of subtitles and thumbnail tracks. Flowplayer switched videos fine, but refused to change subtitle or thumbnail tracks. Kind of shocking we're the first to report this, and that its taking them so long to fix. First they said 1 week, then 1 more week, then 1 more week, now in a few weeks because they want to fix it only in their new version not the current version. Now to get the fix we have to go to their BETA, which no doubt will force us to report more bugs. Why am I paying them, shouldn't they be paying me for debugging? Or at least a free player now that they know we're a useful customer that can help them improve their product? *shrug*

Do not hesitate! Take a subscription...

I discovered FlowPlayer a few months ago. I was struggling with the general management, editing, and processing of my videos. Its multiple features make FlowPlayer an indispensable tool for audiovisual professionals.

Make additional moves to take advantage of the most advanced features.

Integration with our website was seamless and with low impact, the player works well in 99% of customers and we love how customizable it is.

While implementing it we didn't find any issues or drawbacks, can't think of any cons.