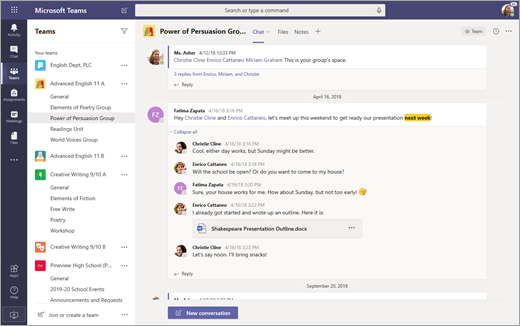 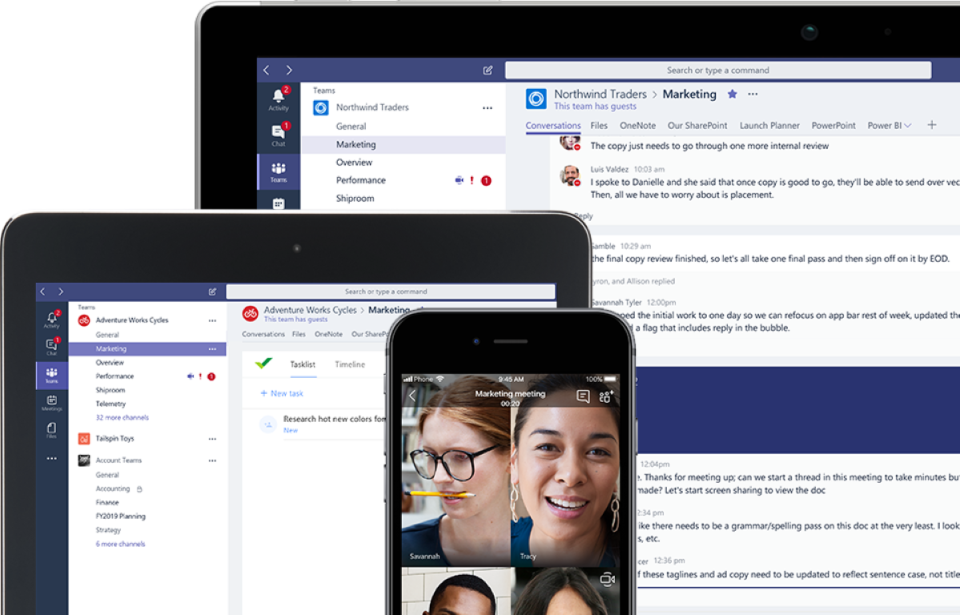 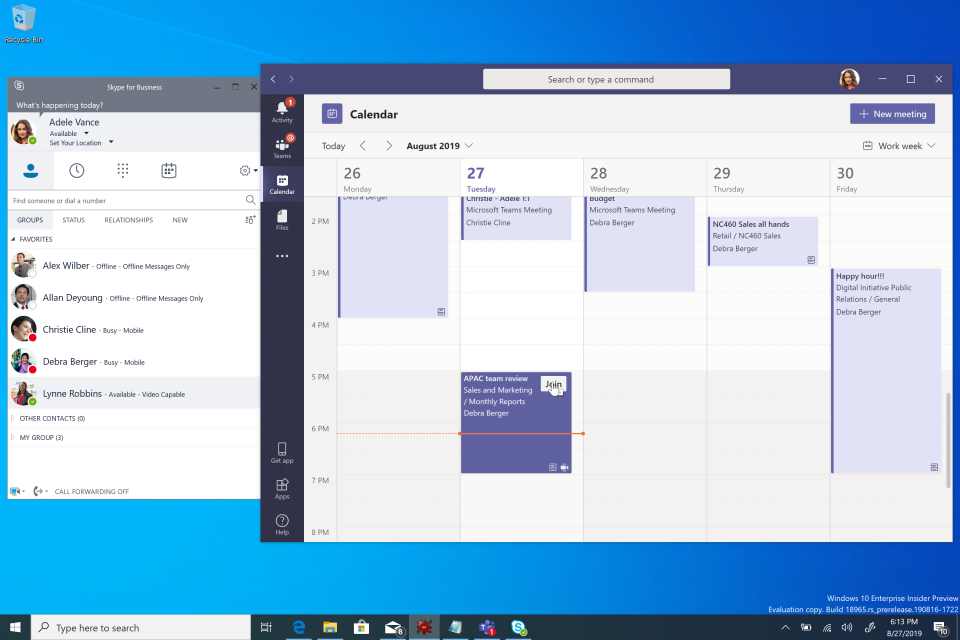 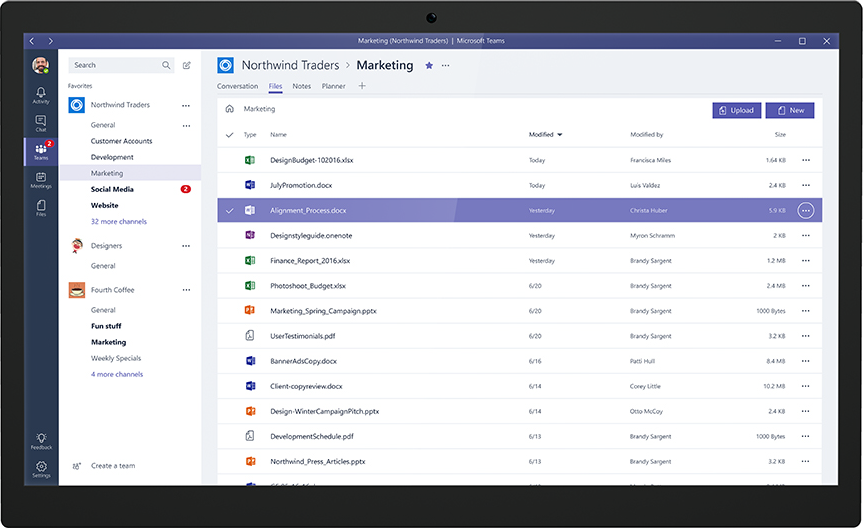 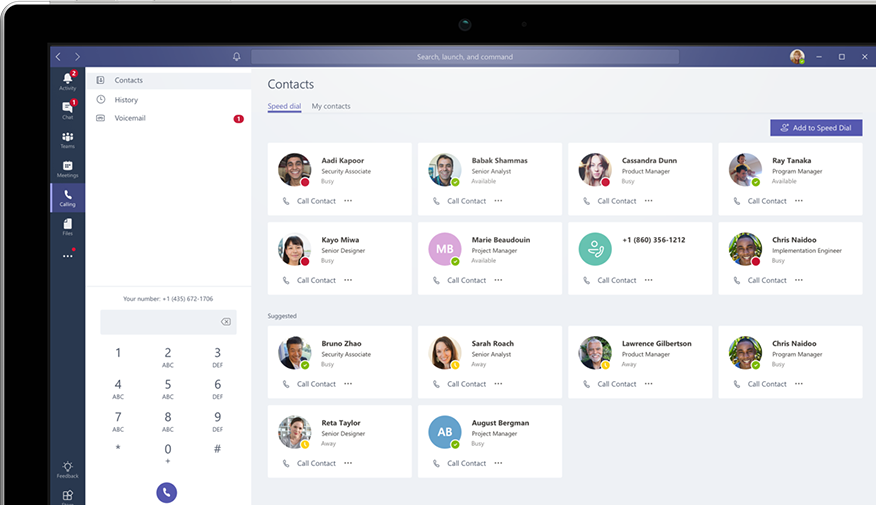 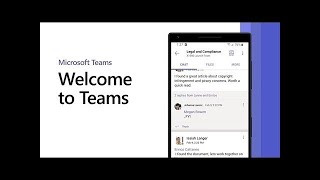 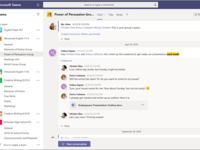 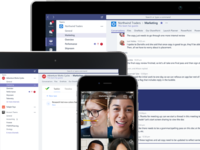 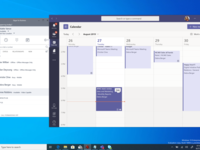 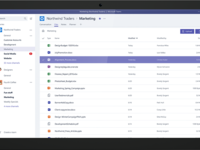 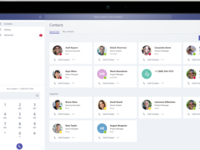 Commentaires: I have been using, configuring and deploying Microsoft Teams on the last two years, it is a very solid tool not only for communication, also for collaboration. With this pandemic situation, my company is working totally online, and Teams has been a awesome tool to provide Apps, meetings, dashboards, presentations, and the live event features are very impressive, if you go deeply on it, you have almost a television channel operating on your computer.

Avantages: The integration with Sharepoint and Office 365 tools is really awesome, works very well, and also you can create and built-in Apps from Power Plataform inside your Teams's Group, and do not forget that you have all the Office 365 Apps to integrate within your groups (the number of the Apps will vary depending on your signature).

Inconvénients: I believe that the price is not so good to medium/small companies, that probably will use a less professional tool, or a freeware with limitations.

"It Good but not great"

Commentaires: Have been good, and will soon hope it get to be great. Because great is what we going for.

Avantages: My organization ( if they are well trained) are always available for a call.
Mobile or Desktop, Cloud or web. Not need to be bothered by the downloads and install, Teams allows for meeting to take place in any location, with Web, Mobile or Desktop.
I love the fact you can transfer and I once used the CC -close caption - but seem to have been disabled.
Teams allow you to share with external guest ( persons) for meeting, but it is not straight forwards as one expects

Inconvénients: Great tool, good clarity but sharing a meeting with an external client, It is sometimes troubling and not clear as other platform.
It is also a bit difficult for regular user to ensure that meeting are secured when the link is shared.
Anyone with a link for a meeting seem to be able to join the meeting. The only barrier is a good host who sits and allows users to enter, as the notification will pop up.
Most small meeting don't have dedicated host and small offices are left unaware of this leaving teams as an open meeting - for anyone who has the link.
Wish they just had a simple interface for external meeting, I know about the live, but that is complicated for the regular user and causes frustration.
Otherwise it is good tools for users

Commentaires: Teams has been an asset to my company during our transition from working in the office to working remotely from home. As an extension of our existing Office 365 platform, we were able to efficiently set up an effective remote communication channel that gives us access to shared docs, conversation channels + meeting recordings.

Avantages: As a company with multiple departments, it was great to find a platform that allowed us to efficiently organize communications between specific departments and project teams. Being able to record our meetings and save them has also been a huge plus -- and having everything integrated into our existing outlook accounts was a major bonus.

Inconvénients: Screen-sharing can be glitchy if you are trying to conduct a meeting using the web browser. If you are going to be sharing a presentation, I highly recommend doing so via the desktop app. The platform itself took a bit of getting used to -- the initial set up required a lot of tutorial watching to get the hang of. It would be nice to be able to add individuals to sub-channels only without giving them access to the entire team.

Commentaires: We used Office 365 for email, office suite and the Teams calling app as our business phone with a toll free number and several direct lines. All of our calls, inbound and outbound, were made through computers, so no physical phones. When it worked, quality was always good, even over wireless, but that shouldn't be surprising nowadays. We have since left Teams and switched to Dialpad, which has been so much better in terms of stability as well as cost. Overall we were not thrilled with the program, and only stayed on it as long as we did because our previous IT company had got us onto a one year free trial somehow...

Avantages: Integration with the rest of the MS ecosystem is the biggest thing Teams has going for it. It allows easy chat/calls from Outlook and the like. The support was pretty good, as it should be from a multi billion dollar company, and usually found the problem eventually.

Inconvénients: As with all Office 365 software, it always seems like adding new features comes before bug fixes. We used the calling feature as our office phone system, and rarely a week went by without something not working right. The most common issue was when you tried to pick up the call, it just wouldn't, or if it did, you couldn't hear the other side. They may or may not have been able to hear you, so we ended up having to tell the customer, who we didn't know if they could hear us, that we were going to transfer them to another agent. Once transferred it was usually fine, and we were able to transfer them back to the first rep. Very annoying. Other issues had to do with settings seemingly randomly changing. After spending hours on the phone with their support running Powershell commands, we would often discover a setting that was supposed to be set one way, but had somehow changed overnight. No one was in there mucking around all the time, but settings still changed. Then there was the random crashes.