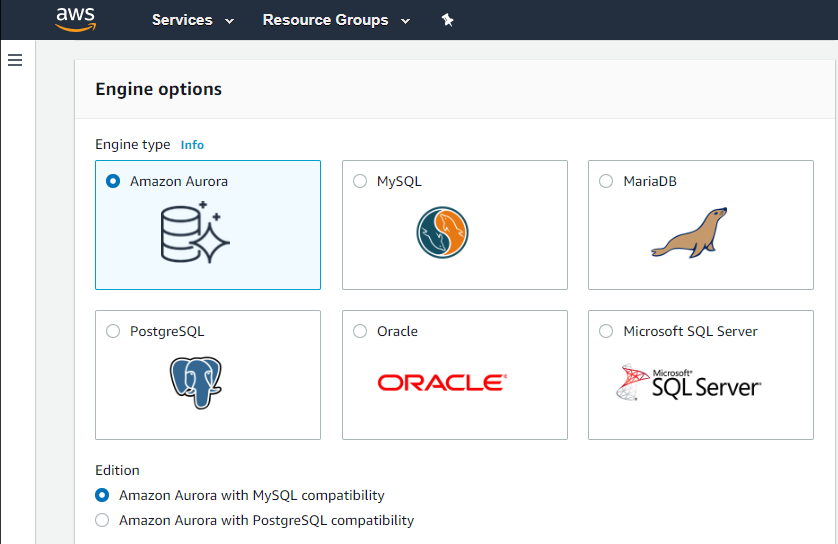 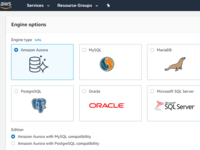 Commentaires: Had A Really Great Experience with RDS, I have been evaluating Aurora with Native RDS so i will be talking more about Aurora in this Review

Avantages: RDS provides support for verity of database systems like mysql, postgreSql, Maria DB, Oracle, Microsoft Sql and a hybrid Aurora (supports both mysql & psql) Resizing, network management processes like subnet and security group are easily manageable. Using Aurora it has become easy to transfer data from DB to S3 using "INTO OUTFILE S3" query Aurora is really faster when it comes to executing heavy flock of query simultaneously when compared with its native RDS, it increases the over all through put Aurora Server less is a extremely cost effective solution when used with proper configurations, it scales up and scales down as per its usage (pay per sec) Supports Auto Backing up and scheduled snapshotting which stores the DB snapshot in S3, which helps in recovery at times of data deleted by mistake or data corruption by some failure in the application etc Aurora provides Export Snapshot to S3 feature, its a additional feature towards data movement from RDS to S3, from this we can easily migrate data from RDS to Redshift or Athena via S3

Inconvénients: Can't change subnet of a multi AZ RDS Database directly, to achieve this i had to first change my DB to single AZ Aurora Server less dose not scale up when used with low CPU utilising application, user should have given the flexibility to change the autoscaling parameter for Aurora server less (CPU utilisation 70%) Aurora the use of "INTO OUTFILE S3" query requires some additional setup steps at the s3 bucket end and IAM role which is well documented, but quite confusing, Aurora dose not support newer mysql or psql versions which are supported by its native RDS's Aurora when compared with its native RDS its slower for executing single queries,
officers Aurora is really faster when it comes to executing heavy flock of query simultaneously, but at the least we expect Aurora to perform as the same level as its native RDS when it comes to single queries Aurora's Export Snapshot to S3 feature only supports Parquet file format, and on trigging Export it takes more time to start, it wold be better if the process starts instantaneously

Commentaires: AWS RDS can be linked with Victorops/splunk/slack and what not to constantly monitor the state of the database and set up alerts for catching problems. It can automatically save regular copies of the database.

Avantages: ease of setup
ease of taking snapshots
no configurational drainers
very easy to set up alerts for monitoring problems in the database
debugging is a breeze.

Inconvénients: It is easy to get lost without an UI.
also replicating databases can get stuck sometimes if you don't know what you are doing.
replication can be pain depending upon whether you want (master-master) or (master-slaves)

Commentaires: Overall Amazon RDS has been a very good solution in our switch to the cloud. Other options have come out that may be better for most people, such as Amazon Aurora, but it's great for fine-grained control over instances.

Avantages: Amazon RDS has worked really well for us for our cloud DB solution. It's pretty intuitive and easy to use, and you can choose exactly what instances sizes, storage sizes, etc. you want.

Inconvénients: Amazon RDS has a strange method for determining how many IOPS you get (Input/Output Operations per Second): it's based mostly on your db storage size. So if you have a smaller database that is hit a lot, you can get throttled with the IOPS. But if you have a large database that isn't hit as often, you end up having a lot of unused IOPS.

Avantages: Amazon RDS is really simple and lightweight. It is easy to use and scale up in the cloud. Easy to setup.

Commentaires: My company need a simple and fast scalable solution for managing MySQL databases therefore we chose RDS. Prior to RDS we were managing DB clusters installed on VMs on Hyper Visors, and it was a cumbersome job. Though switching to RDS does make our life easy but RDS is not a cheap solution though.

Inconvénients: Cost on higher side.
Lack of control on your DB instance, though it's good but at times you need some tweaking todo.