For any-size teams of all skill levels and in all industries.

Our mission is to put the power of video in the hands of everyone. Vyond allows people of all skill levels in all industries and job roles to create dynamic and powerful media. With features that go beyond moving text and images, you can build character-driven stories or compelling data visualizations that engage audiences and deliver results.

Since its inception as GoAnimate in 2007, the Company has served over 12 million registered users on six continents. 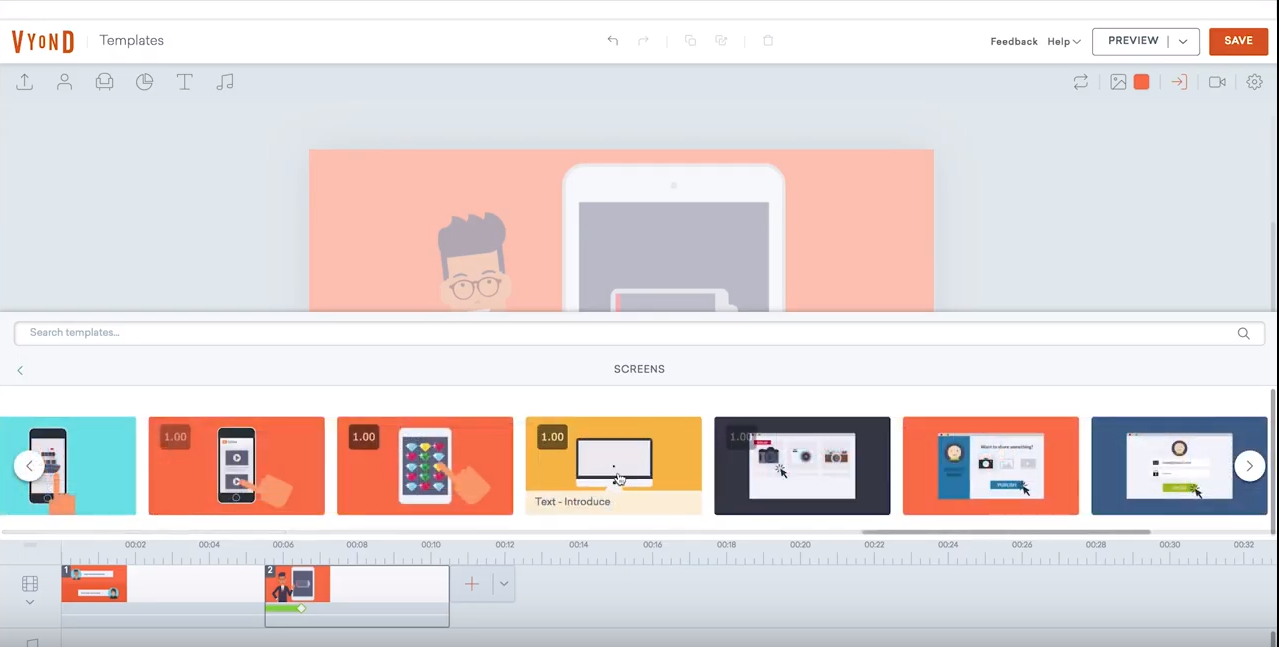 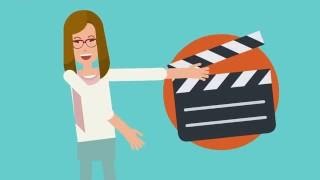 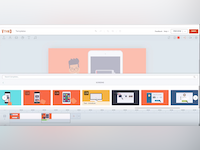 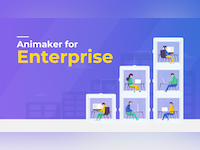 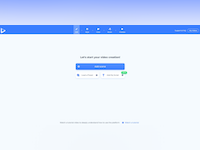 "Simple tool adds so much value"

Commentaires: Our course engagement has increased among our learners, and surveys are showing a great response to eLearnings that include Vyond videos. I've greatly enjoyed using Vyond over the years. It's one of the best tools in my training toolbox.

Avantages: The ability to show a concept to my learners in such a way that is engaging, and helps people who learn best with video.

Inconvénients: A format painter would be great, especially for customizing templates.

Thank you for your review and feedback, Amy. Please feel free to connect or share feedback with us anytime at community@vyond.com.

"Expensive but Good (and Getting Better!)"

Commentaires: All of that being said, we needed to get out some informative, appealing videos out quickly for a project, and Vyond definitely allowed me to do that, with a reasonable learning curve.

Avantages: Some aspects of it are pretty easy to use -- if you design for the tool, it's easy to use; if you design for what you want and then try to use the tool to realize your design, it can be quite a bit trickier. I like that there's a decent built-in library of characters and actions and that the characters will appear to speak according to the audio. I did find it much easier to use, and more powerful, than our prior tool, VideoScribe (but it's also more than six times as expensive). My internal customers have been very happy with what I and others were able to create in Vyond and the whiteboard style videos were especially easy to create and publish. I also really like that Vyond has been enhancing their product...there was something that I was really wishing they had (motion pathing) when I was creating my videos last year and I've seen announcements that they've added that functionality since then. (I haven't used Vyond since the end of last year, since I've had other projects to deal with.)

Inconvénients: The biggest con is probably the cost...it's expensive for this kind of product. I also dislike that it's subscription based...I prefer apps that you purchase up front (maybe paying a bit extra for a maintenance contract to allow for upgrades). In terms of functionality, one problem is that you can't make a single video file with more than ~100 scenes (if you're using one of the non-whiteboard styles) or you'll start having problems with previewing it. You have to break it into two separate videos (which isn't easy) and then knit the published mp4 files together to make it back into one video. Given this, the product should include a little video splitter/joiner utility (instead of directing folks to use a piece of freeware, which my company won't allow us to do). I also have a laundry list of improvements that Vyond could make to their product to make it even better....for example, it desperately need visibility toggles - can't get it to stop selecting stuff I don't want when working with other stuff that's near it and it also really needs to give the user some way to see layers - can't easily move things to the right layer when there are a ton of objects in the scene. There are also no views of characters from the back -- you can sometimes "fake" this, but it's not easy with all characters/character positions. There's also no way to lock an object in position (like the bookshelves I put on the wall in the scene). I have a bunch of other suggestions, but you get the gist.

"Simple to use tool"

Commentaires: Vyond is such a great animation tool. I would highly recommend this to anyone that is wanting to create more engaging content.

Avantages: The library of animation actions that is available in Vyond is amazing. The character customisation also allows you to build animated characters that resemble anyone you choose. I use this software to produce videos for my clients and when they see the animated versions of themselves, they always have a good laugh.

Inconvénients: Depending on the length of the animation, it may take some time to convert. The end result is definitely worth the wait though!

"This experience was VYOND frustrating!"

Commentaires: I wholly regret the decision of purchasing this software. The extreme lack of common, everyday items for props and character animations you find yourself needing, the bugs and poor customer service make it a thoroughly disappointing experience. After spending hours trying to make a two-minute video with realistic actions and props, you find yourself forced to be creative just to cope with the lack of what you assumed would be standard. If I could do it all over again, I would have tried different software.

Avantages: This software has a lot of templates that can help you create videos quickly without starting from scratch. It seems to be well-suited for beginners to create very simple videos.

Inconvénients: Let's start by talking about the bugs. Several times a day I encounter "video cannot be played" errors when trying to preview the changes I make while editing. Also several times I've been kicked out and told I need to log in again while in the middle of editing a video I had been working on for over an hour. When this happens, I lose all the progress I've made since my last save, which tends to be significant. I contacted customer support who told me "this is fairly common" and I needed to clear my cache, clear my cookies, AND restart my PC. I asked if they could extend my subscription or offer any form of compensation to make up for the lost time. They said they "can't" do anything of the sort. So aside from the software bugs and poor customer service, let's dive into the problems with the features. At first glance, it almost seems like they have too many props, character action animations, and so forth. But once you begin to create videos with any level of detail or natural actions, you'll notice just how frustratingly limited it really is. Say you want to create a scene where a character walks through a door. You'll find just two door props that have an open and close animation, but no static props of a matching door staying open. Nor will you find a wall prop to go with that door. Want your character to order a drink in a bar? There's no animation for walking while holding a drink. I've run into dozens of similar limitations of things that should be commonplace.

I'm sorry you've been frustrated with our product. Are you a subscriber, or was this during your free-trial period?

I've shared your feedback about the doors and drink holding. Please feel free to send us more feedback: community@vyond.com.

Vyond's product features do include auto-save and version history. Like other SaaS products, our product requires you are on a stable internet connection.

"Say what you need to say through awesome Vyond animtion"

Commentaires: Vyond became a tool we use everyday to create infographic videos for the university's virtual courses. It allows us to present case studies or present a lot of complex data in visual form. We also have used it to create campaign videos for dengue and covid prevention. It's so much more effective to present information in this audiovisual, friendly form.

Avantages: I like the user interface the most. It's so so easy to use. One can get a very professional animation with a few clicks and when used in a lot of detail, one can get a very cinematic look using the camera options Vyond offers. It makes the job so much easier. What we used to do in three weeks, we get done in three days.

Inconvénients: I think the media library options could be improved. Especially for images, maybe it could have a better filter, could be with folders. Vyond's music is ok, but I believe there should be more, more diverse and filtered by moods/genres.