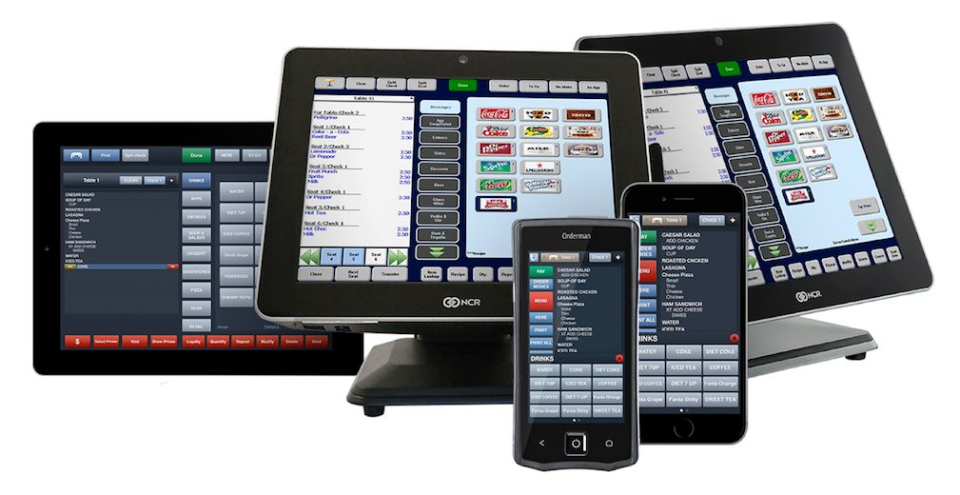 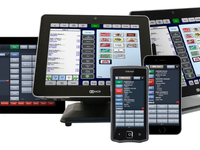 4,5 /5 (106)
Cloud based Point of Sale Software solution, can be used securely on any device, online or offline. Seamlessly connects to add-ons.
Voir profil Afficher la comparaison

Commentaires: For managers great tool to keep track of all the comps voids labor and etc.

Avantages: So much easier than micros. Dummy proof for new servers. Easy for servers to navigate.

Inconvénients: Credits cards system from time to time goes down. Customer service hard to reach in the timely manner.

"Make your F&B ePOS work for you the easy way"

Commentaires: Put it this way: when I would go to interview here and there for management positions in restaurants, one of the first things I'd do is steal a quick glance around to see what ePOS was in use. When I would see Aloha, it was an immediate sense of relief. They are just so easy to learn and use. So much so that I dare say it will still help you save money even if you are replacing an old, paid-off system that did get the job done (kind of). For example, I cannot tell you how many nights I have spent, exhausted after a crazy shift with a arbitrary ePOS and a crying server or bartender because their checkout got butchered by some mistake, then the attempted "fix" didn't have the intended effect, then the fix to fix the fix went haywire - that won't happen anymore. Aloha will simply the process for your staff = reduced training hours, far fewer incorrect orders sent to the kitchen, less servers running to the expo to rattle off what they "actually meant" when they tried to use archaic codes to modify an item, less food coming back to the kitchen because it isn't right, easy checkout that does fabulous things like letting an admin level user undo things like erroneously split tables or incorrect payments assigned to incorrect seat numbers, and I haven't even gotten to it's back-of-the-house superiority. You can get any report generated to show you just about any piece of information you would like about your business, as the system is easily customizable for your needs.

Avantages: I have worked in restaurant management across the world, and have encountered various ePOS systems that do the job but that's about it. Aloha is not one of those. You could quit literally sit someone down in front of it and in 5 minutes they'll know the basics, 10 minutes they will be able to enter more complex orders and complex checkouts (e.g. split checks, etc.), and in 30 minutes they could be capable of programming your entire business into it from scratch and running any report you could want. A la iPhone. It really is that simple to use.

Inconvénients: Like any computer, terminals can sometimes get glitchy and must be rebooted, but impatient folk servers and managers alike may start thumping on the screen with their pens, fingernails, etc, and after awhile it will take a toll on the touchscreen. But I've experienced this in $10mln/yr volume restaurants when they are under heavy use, not $2mln/yr volume businesses.

Avantages: Aloha was great in the late 00's when it was the most advanced POS system around. It has detailed reporting and is widely known in the hospitality industry

Inconvénients: It is not cloud based. Your computer goes down, god speed! The reports are clunky and hard to define if you want to drill down.

Commentaires: i personally have worked with aloha for years in the restaurant industry & it hasn't failed me yet. can easily switch through many settings very fast. multitasking made efficiently! splits checks and turns on and off whatever inventory can be used or not through custom settings. many more features once you get working with it !

Commentaires: My restaurant first opened using the RPower POS system. It worked well for a while, but as we grew busier it became apparent that modifications, and edits to orders were taking much too long, and felt very clunky. I think that Aloha gives servers the ability to streamline their orders and as they become more comfortable with the system they can become quite speedy. Overall Aloha is the best POS system that I have used so far, but nothing is perfect.

Avantages: I believe that Aloha gives the user more abilities in the front of the house than most POS systems I have used. The ability to highlight multiple items at once and duplicate/delete is a great feature not found in other systems. I also enjoy the overall lay out of the buttons, as far as having space between each button (which makes it easier for touch screen use), and the ability to add as many different sub menus at desired.

Inconvénients: I wish that there was a way to customize the color of the buttons. When this system is implemented in busy restaurants (which is my experience with it) color coding different things such as ingredient/sauces/allergies could make the adjustment period for new servers much quicker, and cut down on the amount of time spent searching for certain things in the menus. I also feel like the strength of Aloha is in its day to day use. When using the master computer to try and revamp, or set up new menu items in the office the process is far from intuitive, and takes a long time to become proficient in. Maybe if there was a 'helpful hints' type feature for new user that would be a great addition.