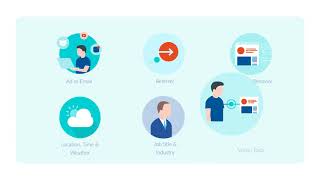 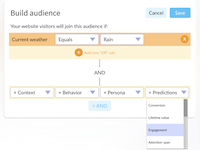 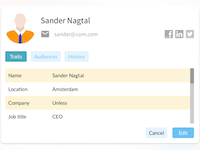 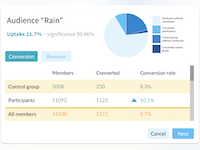 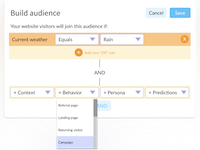 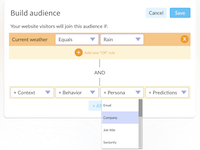 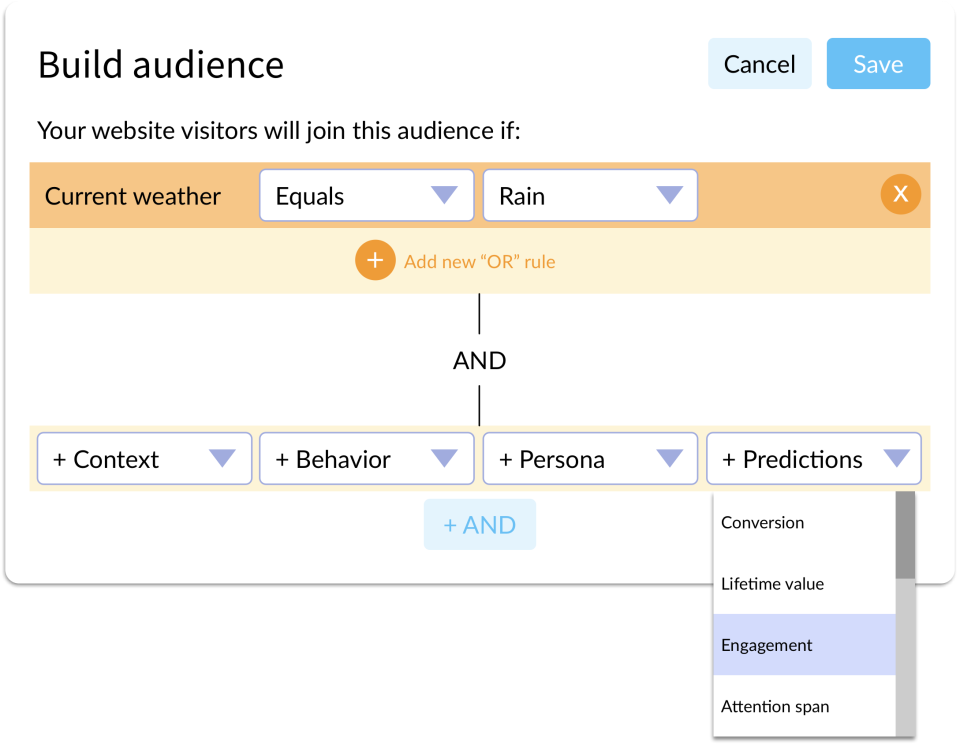 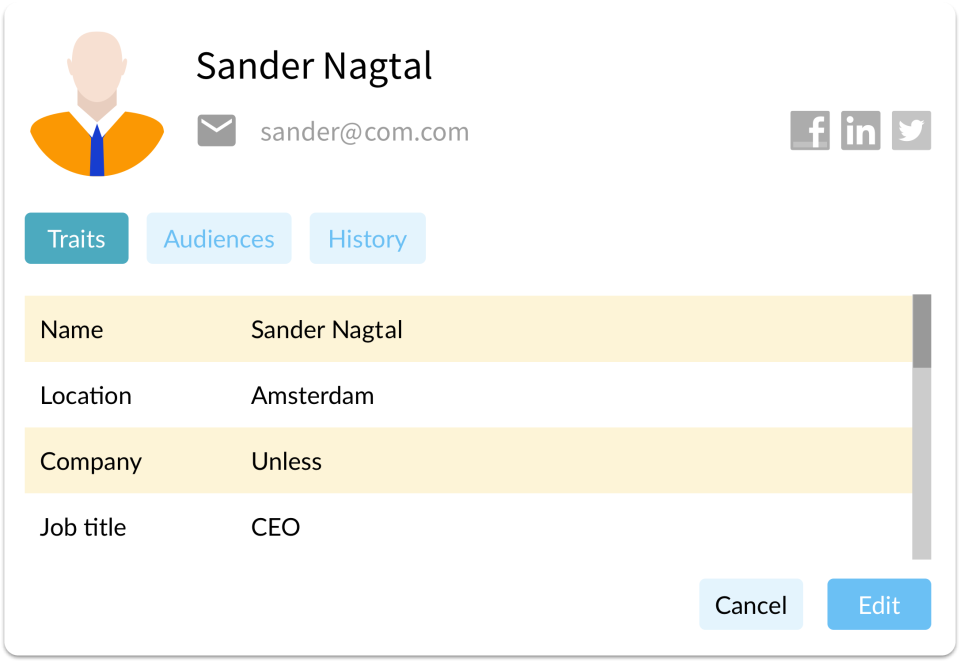 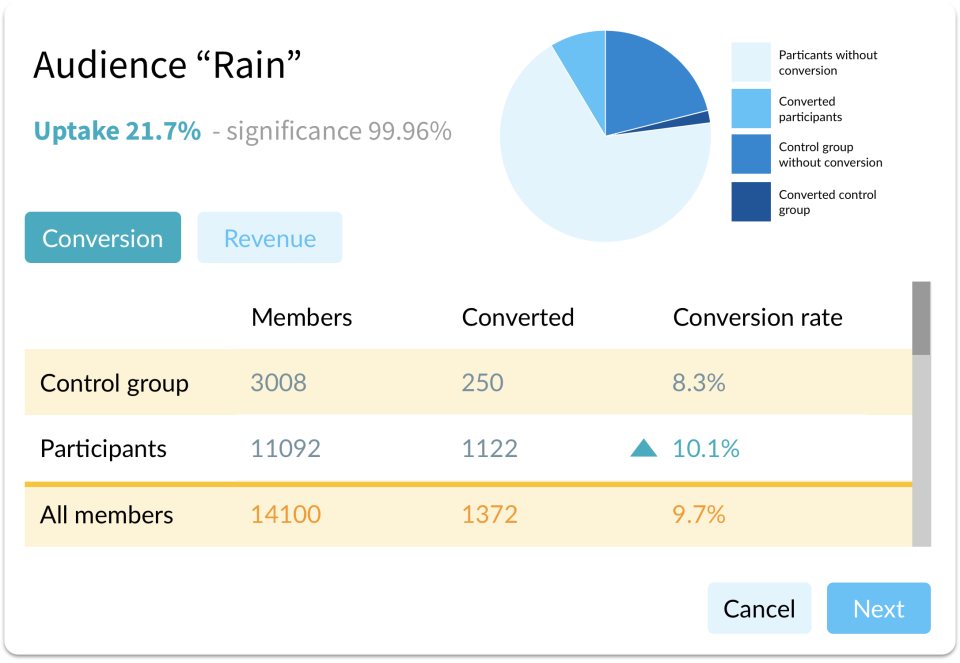 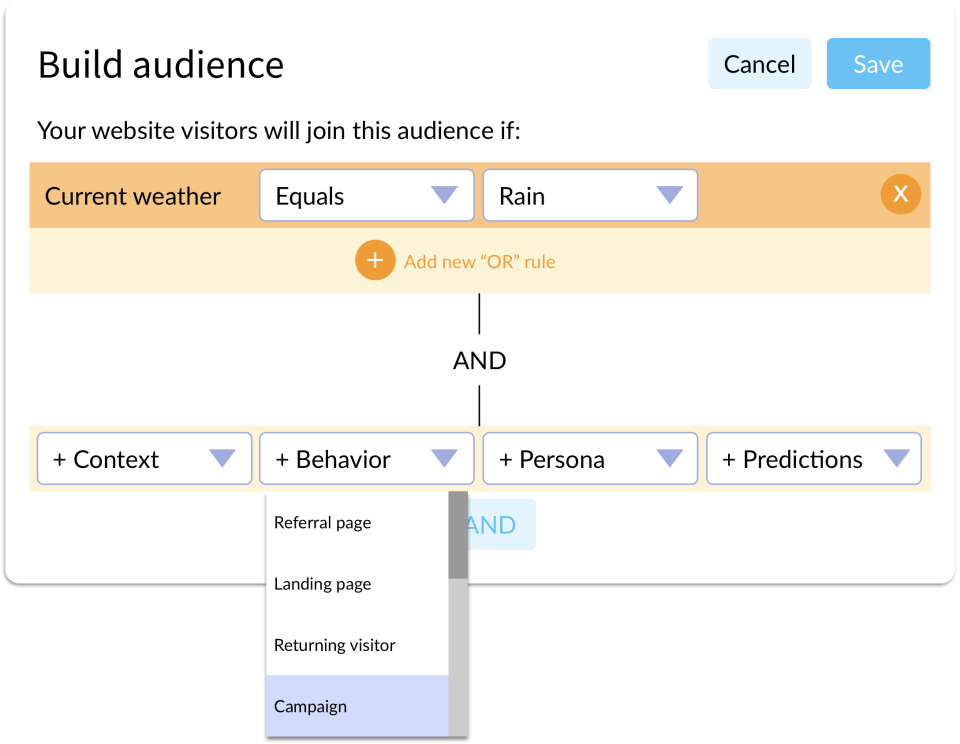 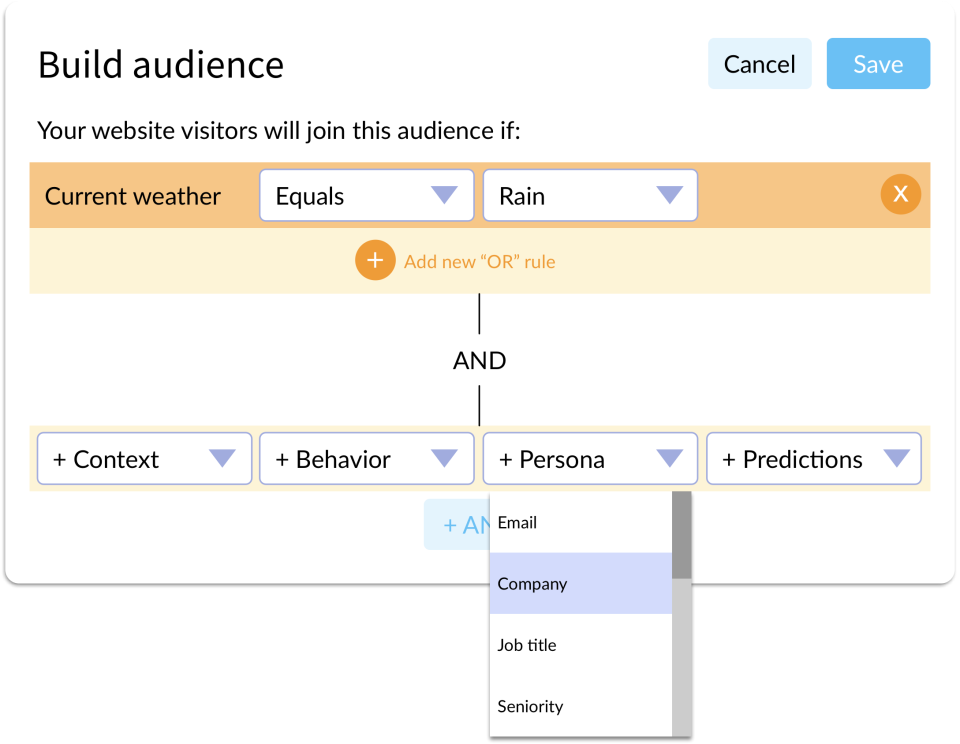 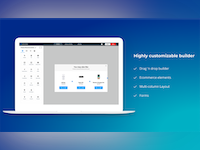 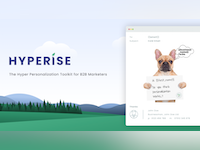 Commentaires : It's a really solid tool, I just wish the team had built a more engaging community around it (the FB group gets very infrequent updates) and that onboarding and support more proactive.

How powerful it is. The dynamic text replacement features and API allow you to really deliver personalized experiences that can delight and impress your visitors, not to mention get better ROI on any demand gen campaign. Very detailed, advanced targeting options to create personalization segments, such as query parameters. Also like the execution of their WYSIWYG editor, almost everything is done directly on the platform but in a visual way, so you see exactly what you're personalizing and how. Doubles as a lead gen tool (though doesn't shine in this regard) with widgets to help users self segment.

For its most advanced features and applications (API, cookie use, integrations with other complementary software, javascript variables) there seems to be either thin documentation or documentation that's purely technical (e.g., here's the API, go do what you want with it, but no walkthroughs to help an advanced martech user who's short of a developer). Their in-page editor crashes / glitches a lot if you do medium to heavy content changes. Lack of native integrations, though they do have a Zapier app they've recently released, but I haven't tested it. The team is not as responsive as I would like. They probably intend it to be used by bigger companies that outsource execution to agencies so a lot of self-service seems to be expected of their users.

Great product with lots of potential

Commentaires : It allows creating personalized content on the fly based on weather, location, time of the day, URL parameters and more. Thus, users can get a more engaging experience and more relevant content.

To be able to create personalized experiences on websites. Although I still just "playing around" with it, Unless should become one of my most powerful tools to improve engagement and get more customers in the near future.

A tool to make your website "speak" to different market segments

There are several things Unless focuses on and does but the one I find to be the most impressive is the ability to personalize the landing pages created with Unless. Basically, it's possible to hyper-personalize certain aspects of specific landing pages in a dynamic way so that, depending on the "segment" a visitor of that page belongs to, he/she will see a certain type of content (e.g. a specific headline), which will be different than the one displayed to someone from a different segment. I find this to be a very valuable feature for the fact that it allows me to have my landing pages and content "speak" directly to specific people and show them content that I know is relevant to them – instead of showing them that content plus other generic things and hoping they'll find the content that's ideal for them... It does take a moment to figure out your specific segments, build the landing pages and hyper-personalize them, but this can go a long way in terms of getting people into your funnel.

I am big on being able to customize the webpages and content I create and present, so that it gets as close as possible to looking and recreating the user experience I wish people have. While Unless enables users to hyper-personalize their landing pages, there are limitations in terms of customizing those pages and this isn't ideal.

Hi Yann, Thank you so much for your review, we really appreciate it. It's great to hear that you are enjoying Unless! I see you mentioned some limitations when it comes to editing pages. Feel free to reach out to us at support@unless.com and we can discuss any features you'd like to see in Unless. We are always happy to receive feature requests as they make Unless better for all and we are usually pretty quick to build them! ;) Best, Ecesu

Heres What You Should Do For Your Unless.

Commentaires : I had some working Unless implementations. But had the, for me too complicated user interface, in mind, and was not really looking forward to going back into the software. This was around the time when, the before mentioned team, started to send out emalings invinting people to join webinars to get instruction. But most of all they listened well to user feedback and made some significant changes to the user interface and user experience. And I thank them for that. So, I am back in Unless iplementing more greatness in my online presence. So what you should do, take time to get to know the software and trust the team to make it even better. Unless, much recommended!

Unless is unique, never before have I seen this functionality offered. Those not familliar with what Unless offers, I suggest, try it!. It is extremely versatile. What I like most is the constant development and improvements made by a very dedicated team of enthousiastics skilled professianals. About the software, personalizing my content to a specic audience based on differert variables, wow, just wow.

There is a learning curve, which is obviously to be expected with any new software, however, initiatlly the user interface, to my liking was not that logical. It really took me way to much time and I left the software for what it was, not using the full potetial for sure. But I had some working Unless implementations, so that was ok.

Commentaires : Overall this is a very powerful tool and the team behind it are available for support

The customer onboarding process and support docs have Room for improvement. This tool is powerful - but there is a steep learning curve involved The US/UX interface and the integrations and the way to edit pages could be smoother

Thank you for your review, its great to receive feedback from our users. If you have any ideas for improvement, we'd love to hear them! Please reach out to our support team and we'll take it from there. :)