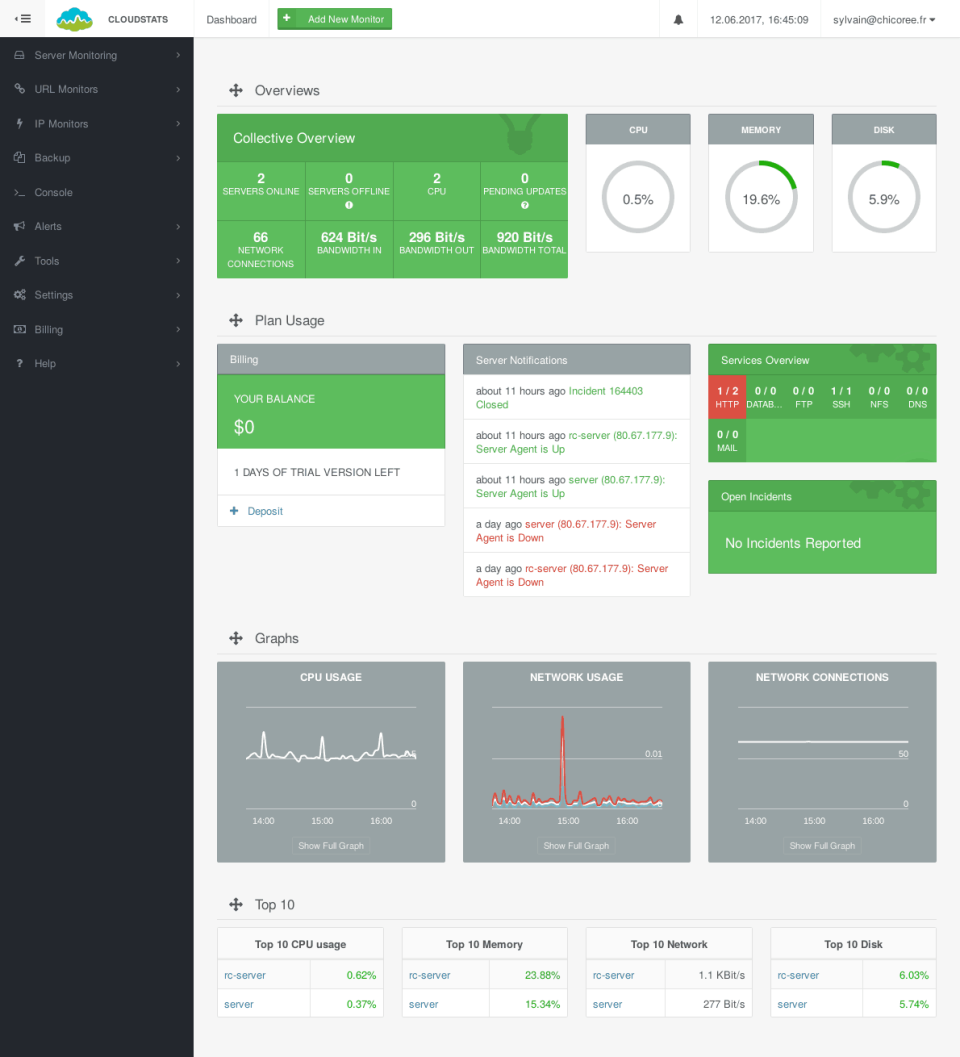 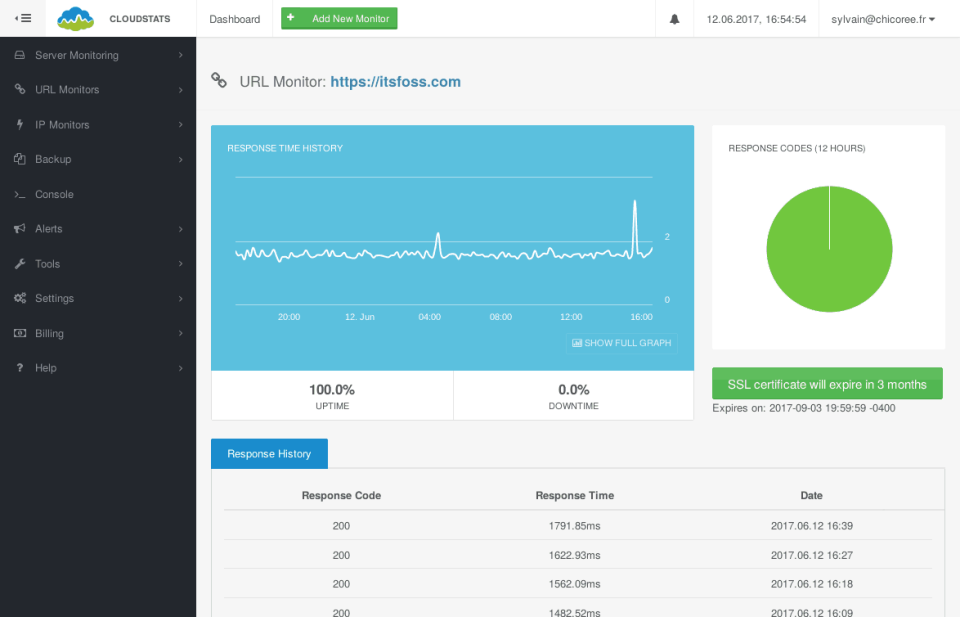 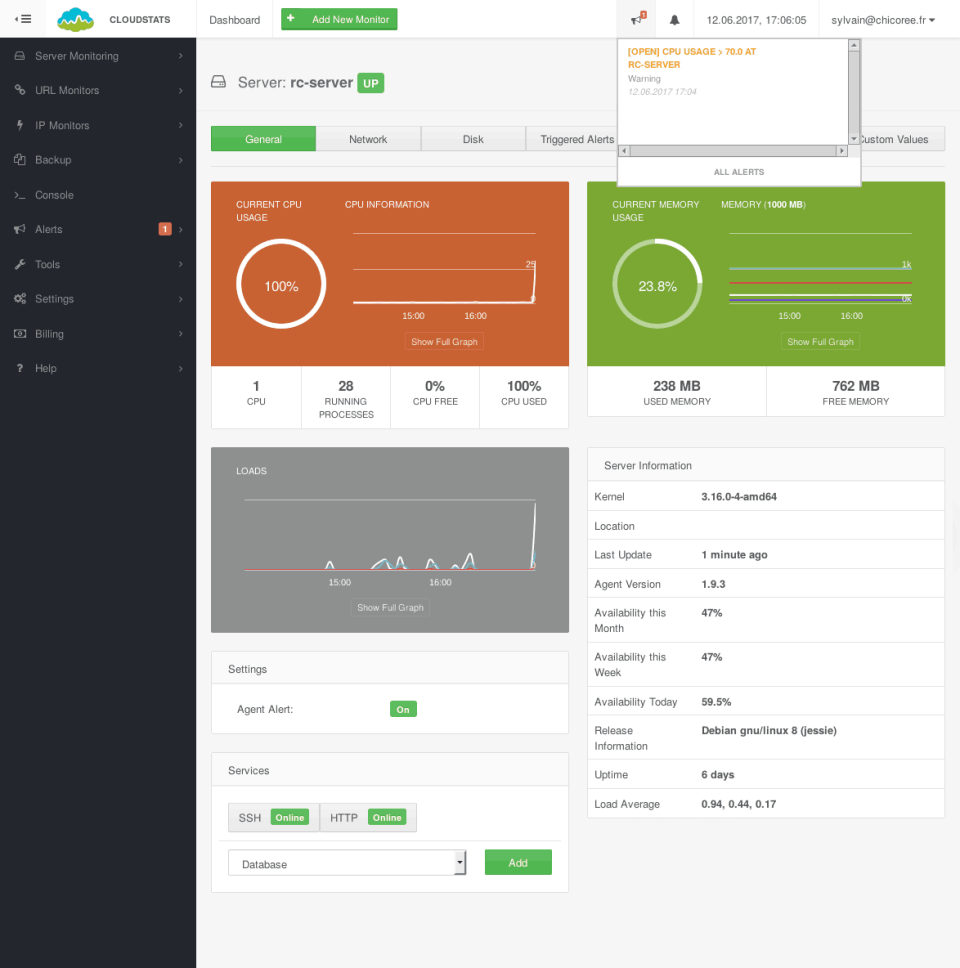 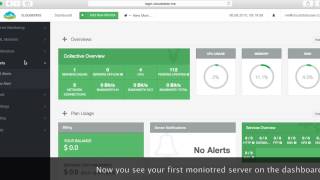 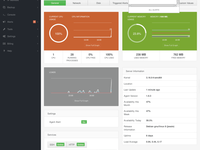 Avantages: First of all, it's SaaS. Just easily install an agent on your server and you're on the go. No local server software, no worries about updates of all the libs here and packages there. I really love this. Next it seems to be very featured packed. I just need some basic resource monitoring for 2 of our servers, but if needed URL monitoring or uptime monitoring is set up from the same account as easy as that. Services are paid per hour.

Inconvénients: I can't set up SMS alerts, but that's for now, using the demo version of it.

Thank you for your review, Erwin. We will take note about SMS alerts!

Commentaires: The tool itself looks awesome, everything so far I have tested is an actual product really allows you to monitor easily your server on your way. There is no need to be on PC to monitor your servers. If there were at least a specific number of alerts or default alerts active like high CPU usage above 70% would have been better

Avantages: Easy of use and user-friendly platform, real-time as much as possible.

Inconvénients: Free version doesn't have alerts, I think would have make this software an amazing tool for free users to have like one two alerts by default created for high CPU usage 70% and network usage if X Mbit is being utilized constantly for the past 1 hour.

Commentaires: My overall experience is that it worked fine, but then I wanted to use more of their service, that is, use paid services. So I used their app to add credits and that's when problems started.
PayPal took my money, but nothing showed in the panel.
There was chat window on their site, so I decided to use it. I wrote, got the message that they're responding in few minutes. I waited, after an hour of waiting (with seeing that agent is there) I followed on my issue. Man (who in the end showed to be [SENSITIVE CONTENT HIDDEN]) told me he's checking the issue. After over 12 hours of waiting for "checking the issue" I replied again, as a follow up. Guy got very offended, told me to stop spamming (yeah, sure following up on an issue with my money was spamming), he refunded the money and removed my account effectively cutting me off from all the data.

Avantages: It is kind of useful, for basics works, shows basic outages etc

Inconvénients: Plenty of stuff doesn't work, or crashes. Alert once came and I had hard time clearing it. Payment doesn't work.

Commentaires: Monitoring network traffic and Disk Space is super easy. Same goes for the CPU and Memory. Setting up alerting/notifications seems to be there, but it would have been nice to direct them through mobile with a native app.

Avantages: How simple it is to install the application on my remote servers and connect to it. Literally on Linux just paste the command given. Press Enter. Wait 1 minute. Installation is done.

Inconvénients: No Mobile app seems to be available on iOS or Android.

Avantages: Easy to view the data and simple installation

Inconvénients: free use of basic warnings is not possible