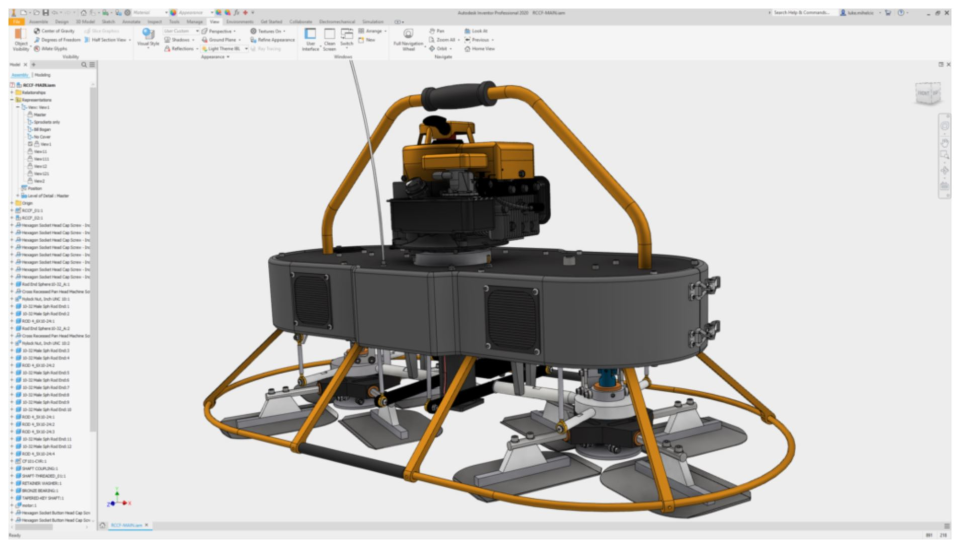 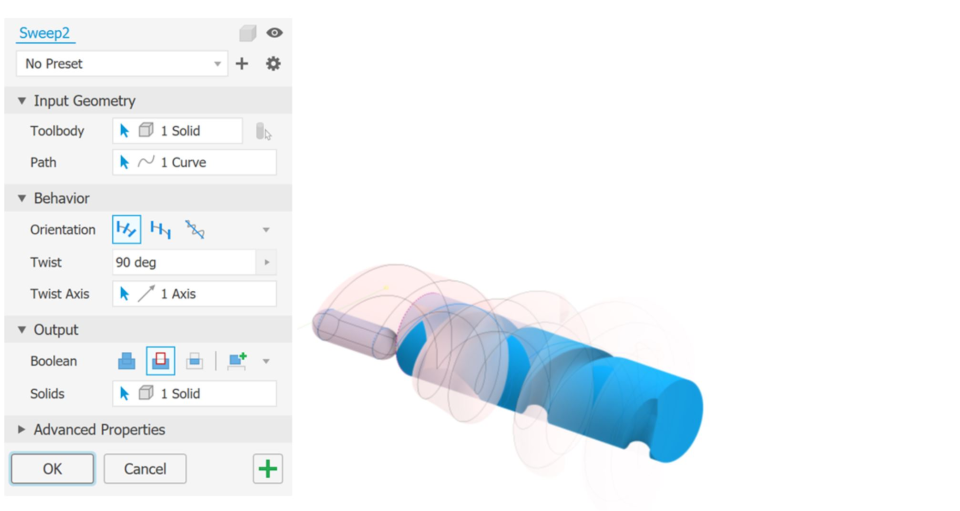 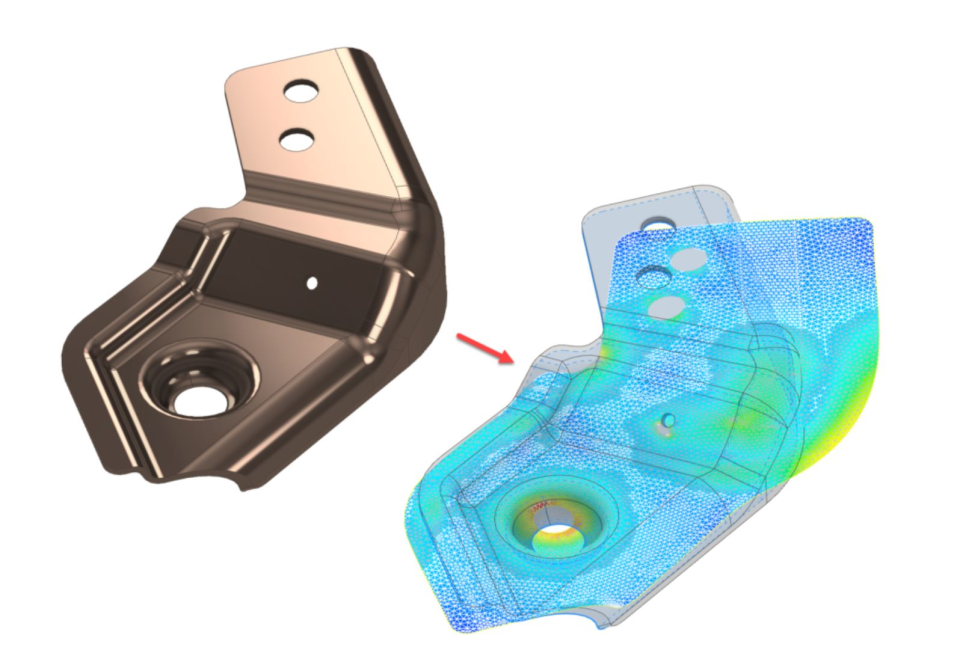 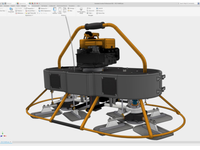 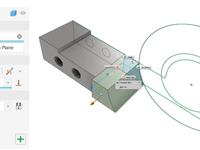 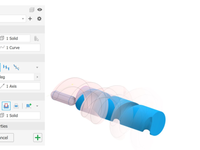 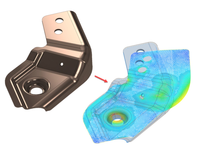 "Inventor for Millwork and Tradeshow Documents"

Commentaires: Inventor is a great tool and easy to learn and be productive with. It is not a direct solution for any specific trade other than Sheet Metal, but can be tailored to fit.

Avantages: Inventor is very easy to use to create realistic, solid designs for cabinetry and millwork. I have tailored the software to streamline my creation of repetitive tasks, and it allows me to effectively document my designs quickly and easily. The software allows you to design and see where problems are in real time. My absolute favorite thing is that the drawings created, are always 100% exactly what you've modeled. It is impossible to have a view that does not dimensionally match another view. My experience with CAD systems in the past, is when drawings get revised, if not checked carefully, views can get out of sync with each other and when something is manufactured, the fabricator undoubtedly will ALWAYS pick the incorrect view as the one to follow. Inventor completely eliminates this problem. Last but not least, is that after being an Engineer / Drafter / Project Manager for almost 30 years, learning and using inventor has made designing and drafting fun for me again.

Inconvénients: If there's anything I dislike, is that the software could be more cabinet and millwork friendly without having to purchase an add-on. The drawing sizes and model file sizes can get very large, in some cases I have drawings over 200mb, which can be painfully slow when loading over a network

Commentaires: In my case being a professional of iNGENIERIA IS OF GREAT BENEFIT BECAUSE Inventor is updated (with the help of users in Inventor Ideas) and improves with each new version
It keeps the user competitive by accessing our latest innovations at the time they are available, along with the
previous versions you need
Configure your products more easily with new functions for assemblies and autocomplete in the rules editor. Work with data from any 3D CAD system while maintaining an associative link

Avantages: It has many tools that are very useful not only in the mechanical area, but also in the design of circuits, in the design of pipelines, etc., that's why I like SW. However, what I like about inventor is that besides being a program where you can make designs (CAD), you can also manufacture them (CAM) and do not need an interface like solidworks to recognize it in a cnc.
Moldflow analysis: because it shows the quality of the pieces during the preliminary design phases and avoids the problems of higher level.
Family mold: this allows the administration of family molds. You can alternate between several charged plastic parts to complete the partition plane design of each core and cavity assembly.
Feed channel and injection point: provides the means to specify the type and location of the injection points, and allows to define the characteristics of shape, size and sketch of the feed channel.
Cooling channel: improves the efficiency of the mold design and simplifies the process of creating complex cooling channels.
Core and cavity design: solves the complex problems of defining the partition plane. The combination of these functions allows the closing of the separation, in addition to the automatic creation of revisions of holes and partition surfaces.
Standard component library and tools: supports a wide range of components from commercial catalog libraries and a component utility to create custom parts.
Automation of the drawing: the automation of the 2D drawing

Inconvénients: Java does not generate code for further deeper developments.
It does not handle much flexibility like code does in Java
It only works with an Internet connection and it is a great disadvantage when you signal it is bad at home or work
It can only be developed for Android
The program has a high cost, due to its license.
Knowing how to fully use the software requires a lot of time since there are many functions, and even that they are of little application, since they are very specific.
It requires a powerful computer to work with processing speed, and a high space on the hard drive

Commentaires: Inventor is meant to be used to design parts of a mechanical machine. It is really good at that and not much else. It makes parts, assemblies, and drawings well. While it has animation tools, they're not great. Because of the detail and accuracy in the renderings, it goes through a lot more RAM, but makes great images and working drawings.

Avantages: Inventor is good if you are rendering parts to a small product. You would not want to design a house or perform city planning on it. It is also not meant for animation, so being good at Inventor probably wouldn't get you a job with Pixar or Dreamworks. If, on the other hand, you want to 3D a missing keyboard key or the insert to your tape dispenser, then Inventor is for you. I am an engineering teacher and my students use this program for the entire second-half of the school year. I have a feeling that students using Inventor in their Introduction to Engineering Design class is a huge majority of where Autodesk Inventor is used. Inventor is very good at turning a part file into both assembiles and working drawings. The images it makes is just as good as anything you would find in IKEA assembly instructions. This works out well because I tell my students that by the end of the class I teach, they will be able to create an assembly instruction book that is just as good as anything IKEA would give their customers.

Inconvénients: I already know that I don't use even a small fraction of what Inventor is capable of and that I can only review the limited number of tools I have used. But, based on what I have used Inventor for during the better part of a decade... Google SketchUp doesn't require that you place a sketch, then draw, and then extrude the sketch, and it works just fine. Inventor works fine for small simple projects, but it's slow-going to make something in it. Because it uses true curves, Inventor uses a lot of RAM and can crash when you are assembling complicated parts. It won't curve labels in 2 directions, it doesn't have a parabola, catenary, or hyperbola tools. I have struggled a lot with making their parts semitransparent like being able to see a ship inside of a bottle.

Commentaires: Inventor allows me to do my job, mechanical engineering, I use it daily to design, analyze and draw components we make.

Avantages: Inventor is used in everything we do. We need to accurately model things in 3d and create the fabrication and shop drawings. Since it is an Autodesk product it integrates easily with our use of AutoCAD too, with easy output to 2D cad formats as well.

Inconvénients: It can be challenging to learn at first but it is easy if you know another 3D modeling program. The one thing I think the competition does better is exploded views, I dislike the exploded view functionality.

Commentaires: Overall Inventor is a decent CAD package. A lot of functionality for a relatively low cost. However this comes with some frustrations.

Avantages: This software has many useful features for it's price point.

Inconvénients: Crashes more than other CAD systems I've used. There have also been many times I've struggled to get a function to perform correctly, in ways that make the software seem buggy.