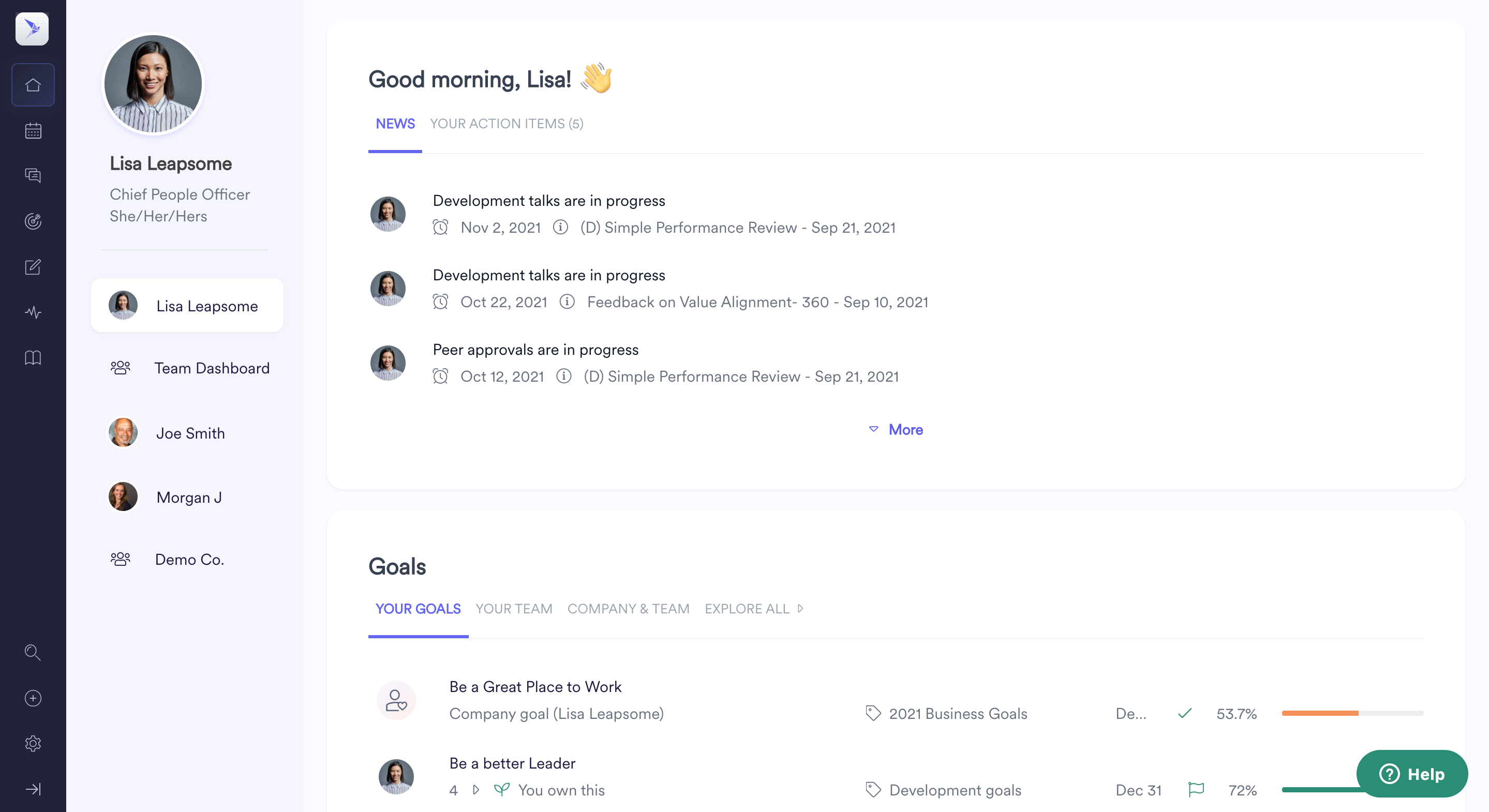 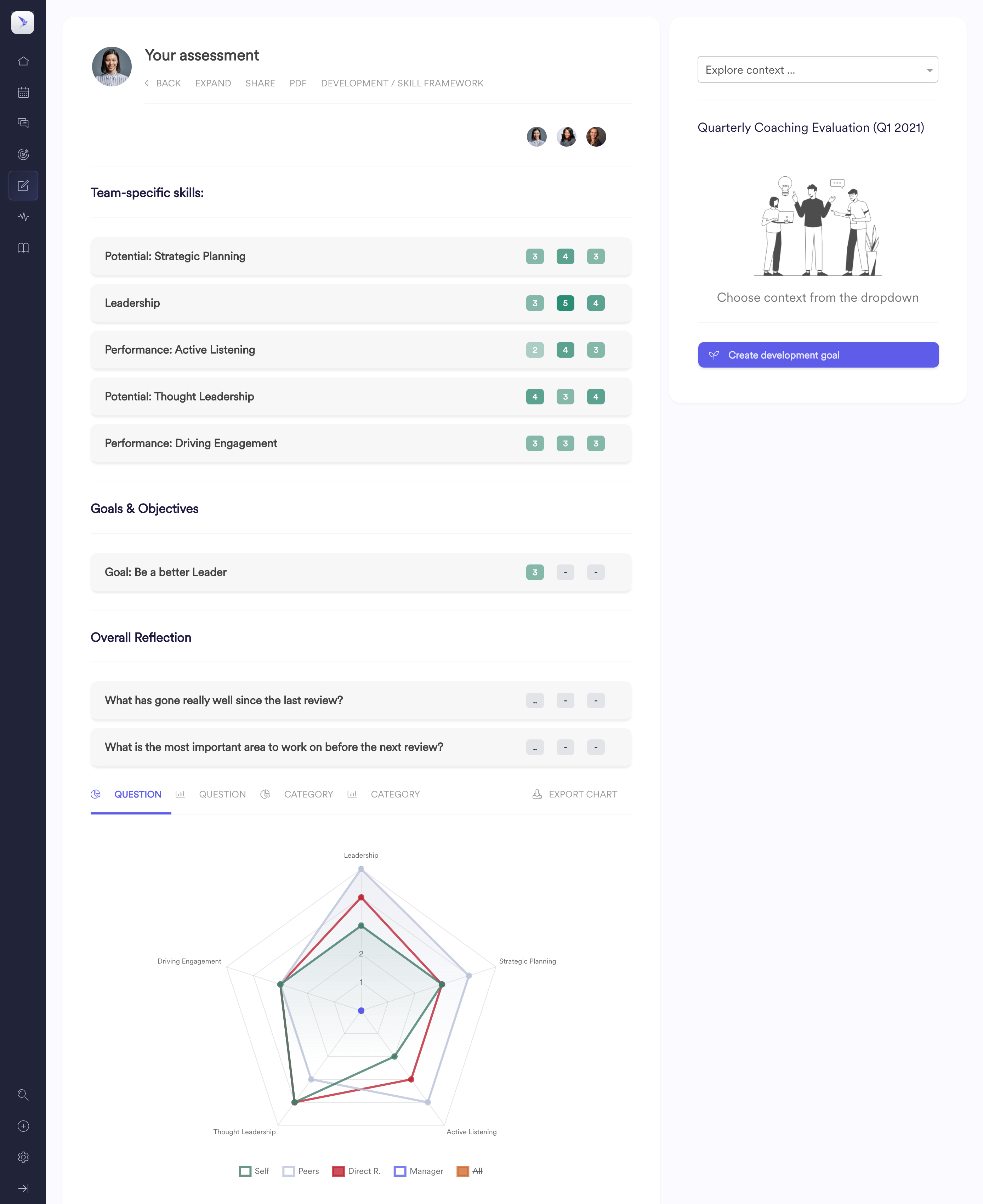 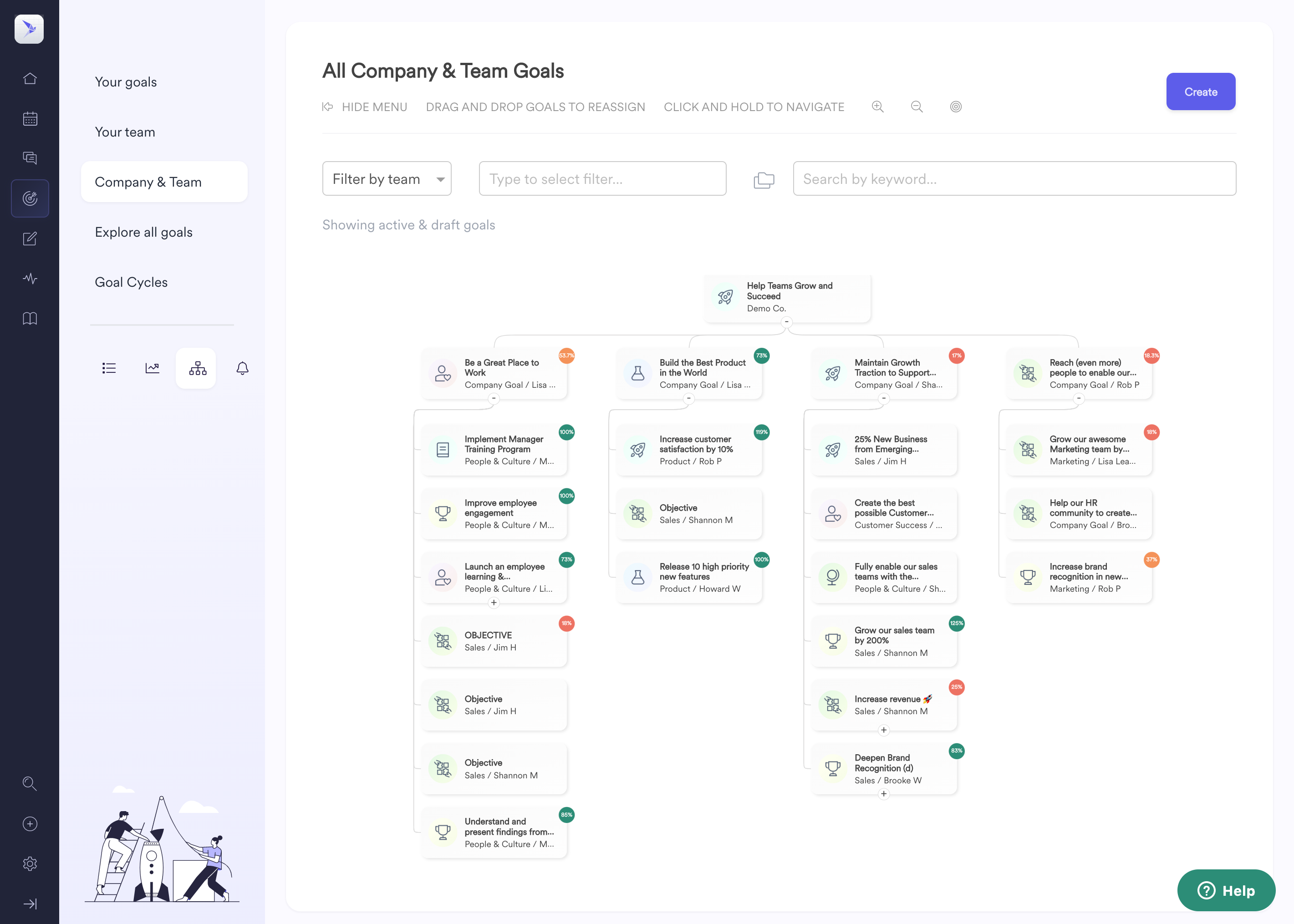 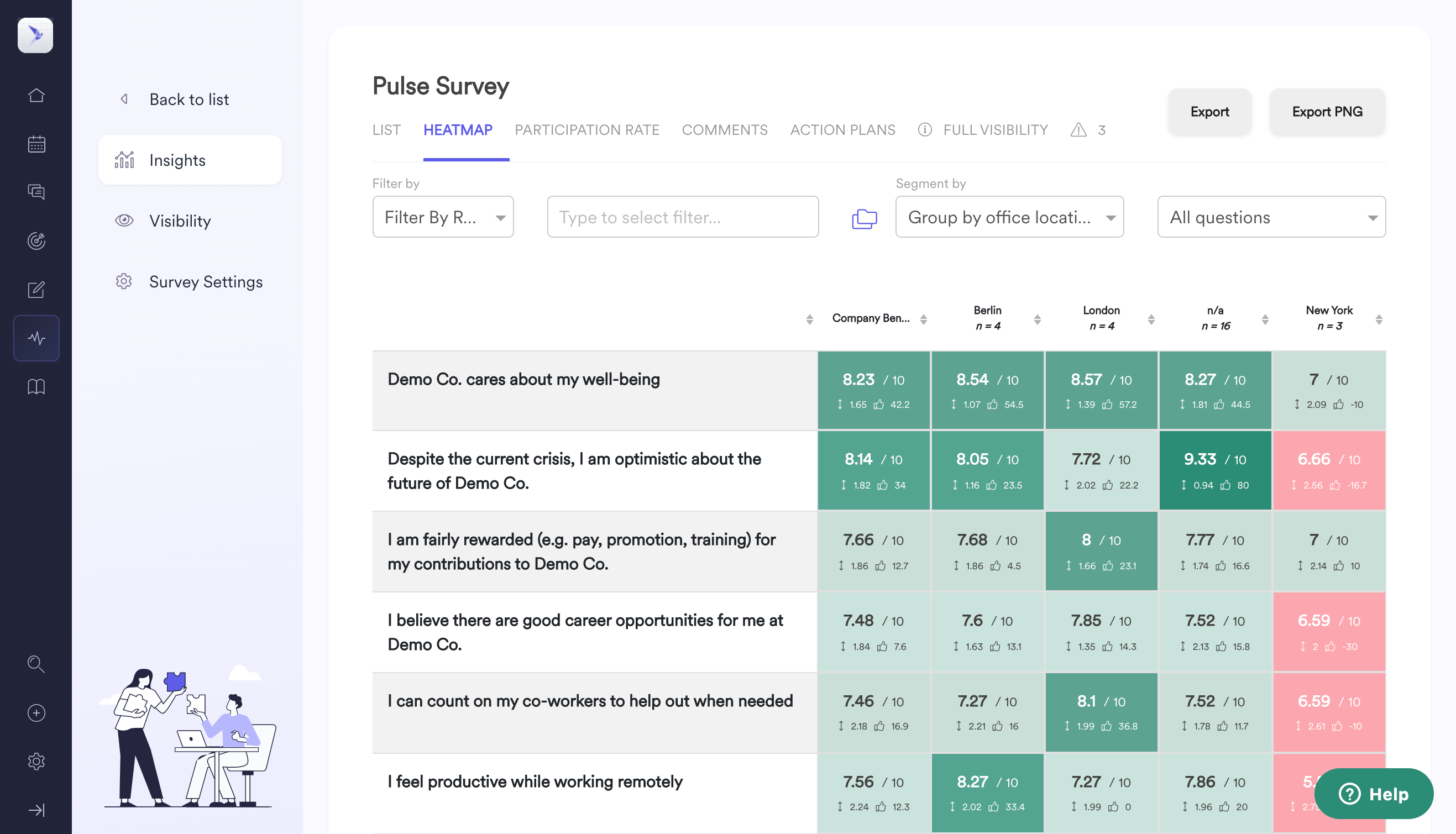 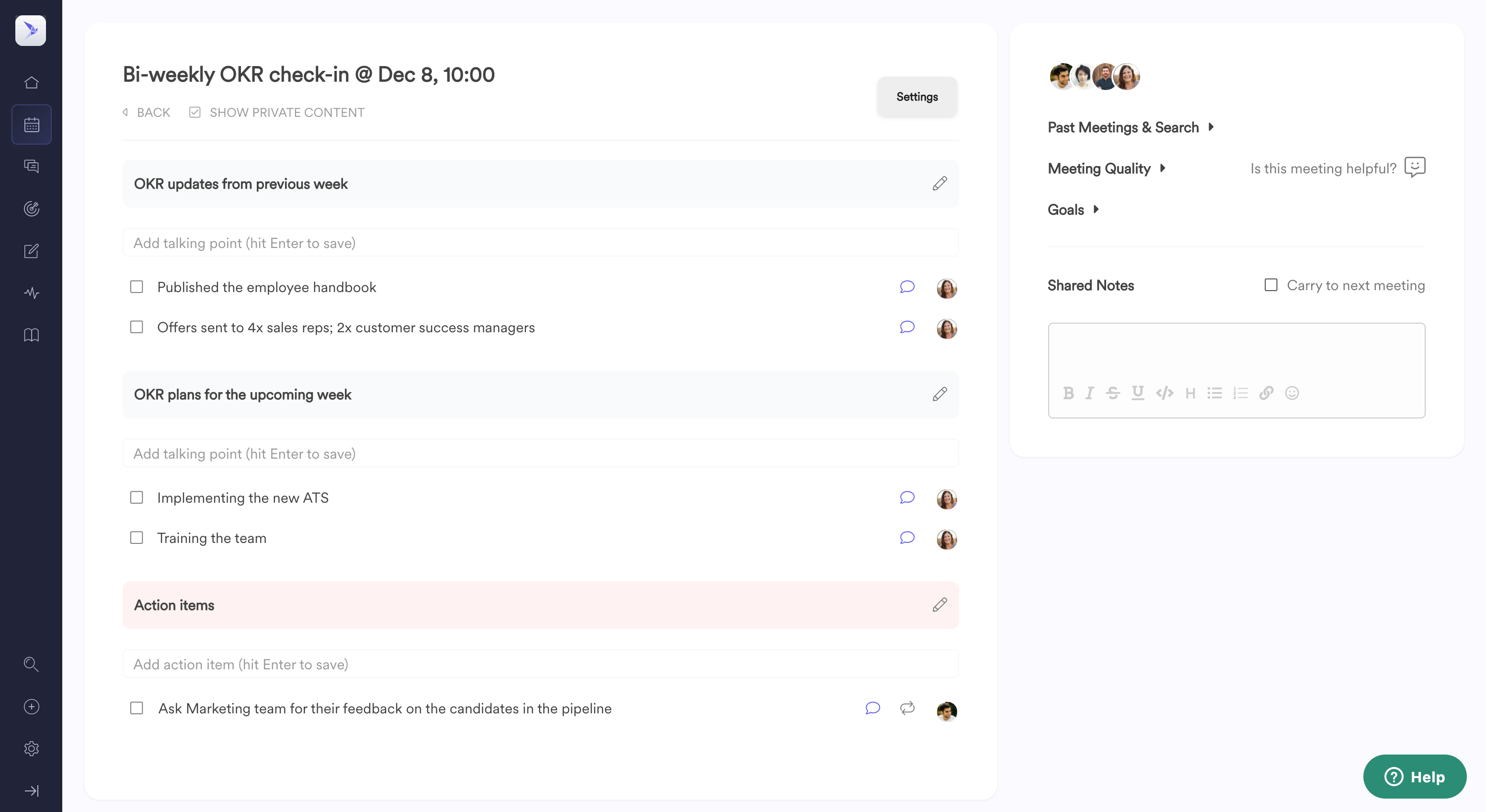 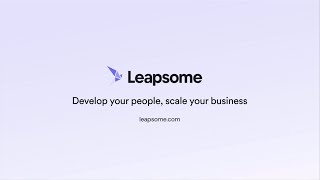 - Enables us to do 360 ° feedback, which was very valuable, and cover a few other areas - We had a smooth sales and onboarding process to Leapsome - Combining learning and OKRs is a good value proposition to us

- The user experience could be improved on some parts, the feedback process was not fully intuitive the first time we ran it - More customizations for the OKRs, more options for automated messages would be great

Commentaires : Previously all feedback was given via Excel sheets, which made it really tricky to keep track of. People found it tedious to give feedback in this way, and it was also creating issues with transparency because everyone was conscious of how the data was being forwarded through HR. It felt strange that as a forward-thinking software company, we were using outdated methods for our internal processes. But we also found it difficult to standardise processes within our unique company structure. We found Leapsome easy to roll out incrementally, and were relieved by how enjoyable it was to use – people finally felt engaged with their HR processes. It’s halved the amount of time our HR team spend on these processes, and because there’s more ongoing communication between teams we all have a better idea of our roles and feel more engaged.

The platform makes it possible for us to run 360 peer reviews as we want to, and encourages our employees to give each other ongoing feedback. It’s made our HR processes not only more efficient but also more transparent. The tool was surprisingly simple to roll out, and there was a really positive response from the managers and employees – so now we’re looking at using the rest of Leapsome’s features, like 1-on-1 meetings and engagement surveys. We were also very impressed by the Leapsome customer team, who visibly incorporated our feedback into the platform before we had even decided to use it! They were the only tool that we could see were seriously passionate about acting on feedback themselves, and their answers to our support requests have been consistently prompt and helpful.

We have had some minor, short-term issues, such as where to find a particular setting in the app and we have a few requests for new features, however, every time we see anything like this, the Leapsome product team is always quick to respond and improve the platform based on our suggestions.

Pourquoi passer à Leapsome : What mainly convinced us was the great customer service. They even implemented one small feature request we had during the sales cycle with us, when we were not even a customer yet. This made the decision!

Commentaires : It's been a year now since we implemented Leapsome and overall we are satisfied. We still have a long way to go on mastering the tool, and Leapsome still has some developments to have a 5* rating platform .

The software aims to integrate everything related with performance, engagement and career management.They try to accomodate all possible use cases, which in most of our scenarios we were able to migrate our manual processes to Leapsome.Overall well thought, with a good % of customization - goals feature is brilliantly designed.

UI UX could be better.Career paths management/setup could be better designed/have better features. Some limitations to some customization extent but they're welcome to feedback.No way to integrate employee important career data to have a centralized information to managers (for .eg. I can setup attributes to employees but managers cant see them).

Commentaires : The idea is great but the product quality is so low. The flows are not optimised, UI is ugly, it seems that Leapsome itself doesn't use this app or these "improvements" are too low in their priorities list. would not recommend.

Helps to get and receive feedback remotely.

User experience and bugs. Clunky piece of a software.

Commentaires : - Implementation was fast and simple with flexible onboarding sessions according to our needs.
- Always fast replies from customer support.
- Suggestions are taken on board fast, and if fast solution is possible it's implemented immediately.
- Good user experience with new features being installed frequently.

- The review feature that allows me to set up individual and transparent reviews, making the review process much less administrative than before. - The 1on1 feature that encourages employees and managers to organize their discussions beforehand and carries over open talking points to the next meeting. - The set up recurring surveys.

Not really a con, since I know it's being worked on, just really looking forward to a more realized learning feature that is currently available as a beta version. Also, more features for surveys would be great, i.e. logic functionalities.

Pourquoi passer à Leapsome : Leapsome offers the the best combination of features our company currently needs that the other tools don't offer. Also, knowing that Leapsome is constantly improving their product and customers receive updates quite frequently, makes us look forward to what's to come.