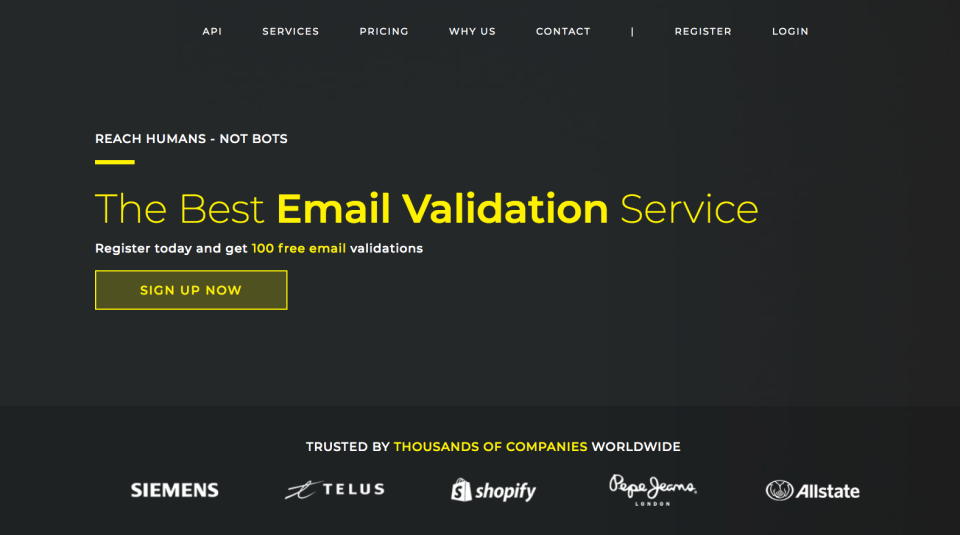 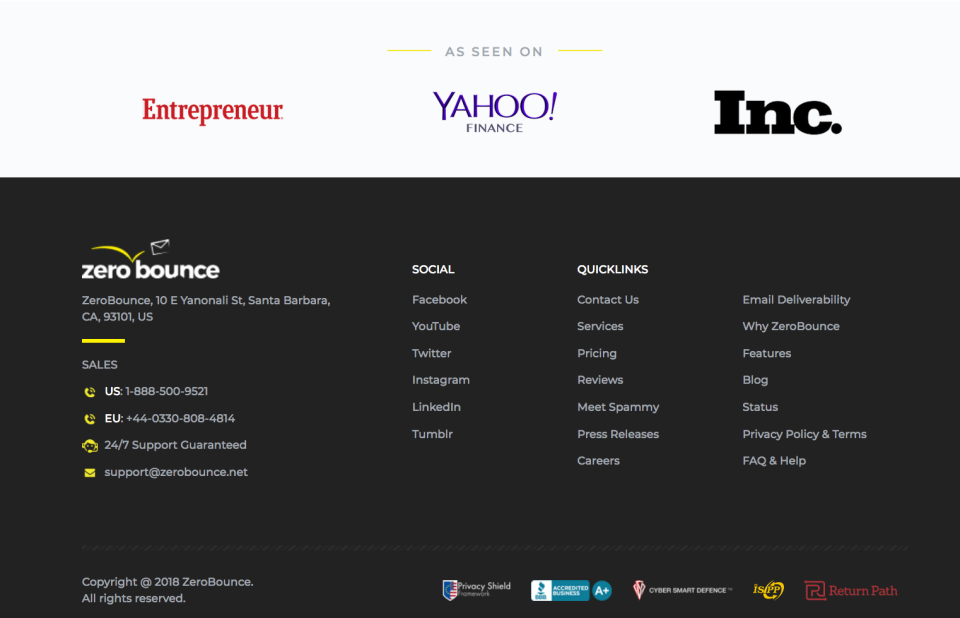 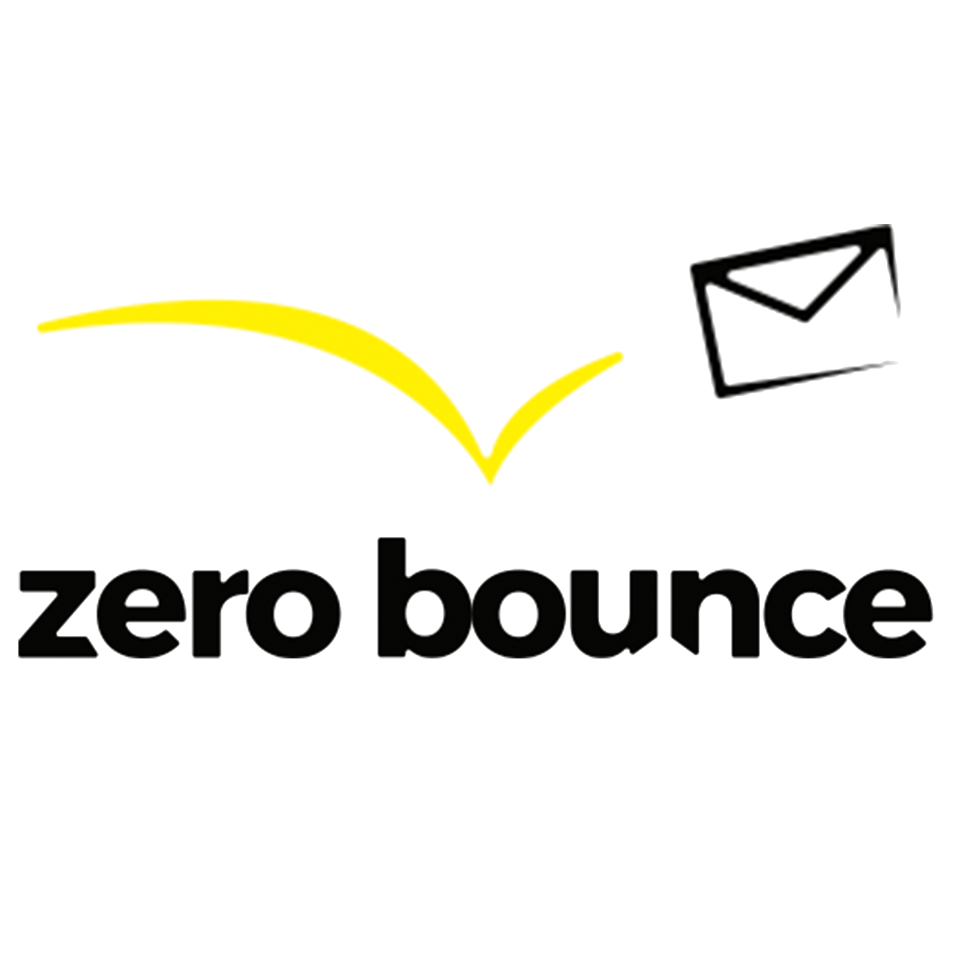 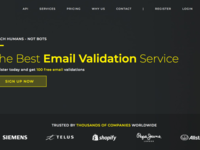 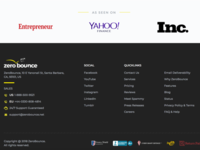 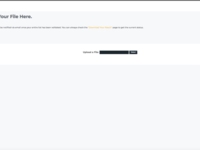 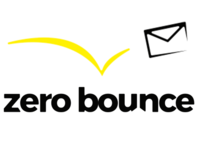 No more spam in our business emails.

Commentaires: Not buying it is getting lost of these excellent benefits that I mentioned. Keep your company and your corporate email 100% safe thanks to Zero Bounce

Avantages: In our work Zero Bounce has been the best thing that has happened to us. For being an aeronautical consortium that works with the public, suppliers, public and private institutions, our emails are usually full of spam or marketing emails that do not match the interests of the consortium. We have been able to establish an excellent filter of unwanted emails thanks to Zero Bounce, an excellent email manager that allows us not only to filter unwanted emails, but also allows us to configure it according to our interests, and establishes a prior notification before opening the emails. emails, to offer greater security when reviewing the information sent to us. This software is more than recommended for all companies.

Inconvénients: Sometimes the filter established is not 100% efficient, but it is not the direct fault of the software, but the bots that send the emails change their names permanently to send the same information but under another email or another user

Mrs.Blequett, thank you very much for reviewing us! We're glad to hear about how ZeroBounce is helping you.

Commentaires: Our overall experience with ZeroBounce was great. They gave us everything we needed when we were choosing which vendor we wanted to go with and were not overly pushy on the sales side - not to mention they have a great product. The documentation they provided free on their website actually helped us understand things that had nothing to do with their software but just email marketing in general, so that was really great.

Avantages: We chose ZeroBounce after doing testing of multiple email verification companies for a client that was looking to improve bounce rates. The reason we chose ZeroBounce was because they had some of the most accurate results and were quick to offer special rates for our company. Personally, I really appreciated that their sales reps were not overly pushy and really gave us space when we were making our decisions, unlike some of the other ones. They have really good documentation on their website which educates people not only on their own software, but only email marketing in general. They also offer free name appending with their validation services. Lastly, they had a few special features that I had not seen offered on other email validation sites and offered 1,000+ free credits to get started.

Inconvénients: The only con we found was that the software can run a little slow at times but this is acceptable because from the testing we did, it showed that even though the service took a bit longer to run - the results were better. To me, this just says that the reason it takes longer is because it is going through more extensive validations.

Thank you very much for your in-depth review! We appreciate it and wish you success with your email marketing!

Best tool to verify emails. Option for free trial usage. Easy to use and affordable.

Avantages: Zerobounce is one of best tools to verify emails online. The unique feature about zerobounce is that it also supports verifying email domains such as gmail, yahoo, hotmail, outlook etc. The name of the tool itself tells the purpose of it that zerobounce helps to reduce the bounce rate of the emails that we send during our email campaigns. It has options to verify single email and also has options to verify bulk email to verify 1000s of email by only just uploading a list of emails in an excel sheet. There is also a trial version available for free to test with 100 credits with an account. Zerobounce has good customer service too.

Inconvénients: Only one account can be created for any organization using the company's email domain. If any one employee in an organization created an account then no other employee in any office in any country of the same organization can create an account or try the service for free trial. If someone else creates an account, Zerobounce will block all the accounts and will activate one account on request. You can use the free trial service without registering on the zerobounce.net home page using the search bar for 5 emails a day. If any employee in the company uses the free 5 credits then the service is denied for all other systems running on the same IP for that particular day.

Aravind, thank you very much for your detailed review. We are sure this will be of great help to a lot of customers!

Commentaires: We came to ZeroBounce after a very disappointing experience with Kickbox. Compared to Kickbox and the over-aggressive guy from the US we had to deal with, ZeroBounce has been friendly, accommodating and provides a good alternative. Just hoping they will futher develop their email scoring and become the best provider!

Avantages: Easy to use, well designed and providing a good option for email validation

Inconvénients: The email scoring feature which is so important to us, is still not of sufficient working quality

Mr. Hollins, we're grateful you chose us and very happy to have you on board. Our engineers have received your feedback and they'll do their best to improve the scoring system.

Many thanks for taking the time to review us!

Great and Easy to Use

Avantages: I've found ZeroBounce to be the best and most accurate email verification service, for both single-email validation and list validation. And very cost-effective too. I use it daily for my company to vet emails we generate from prospective clients, and prior to sending out mailing lists to ensure our lists have as high deliverability as possible (as most services require these days due to anti-spam laws). I like how they give a breakdown on each email address and their status.

Inconvénients: Some of the nomenclature/descriptors for the emails are hard to understand. For example "Spam Trap" or "Catch-All". It would be helpful if ZeroBounce provided more information on what those various categories mean and how to use them (or not). The current information provided is a little sparse and leaves something to be desired.

Mr. Delbecq, to make sure our customers get the information they need, we created a Documentation platform. Here you can find the definition of each status and sub-status codes: https://www.zerobounce.net/docs/#status-codes

We hope this helps and we thank you so very much for reviewing us!