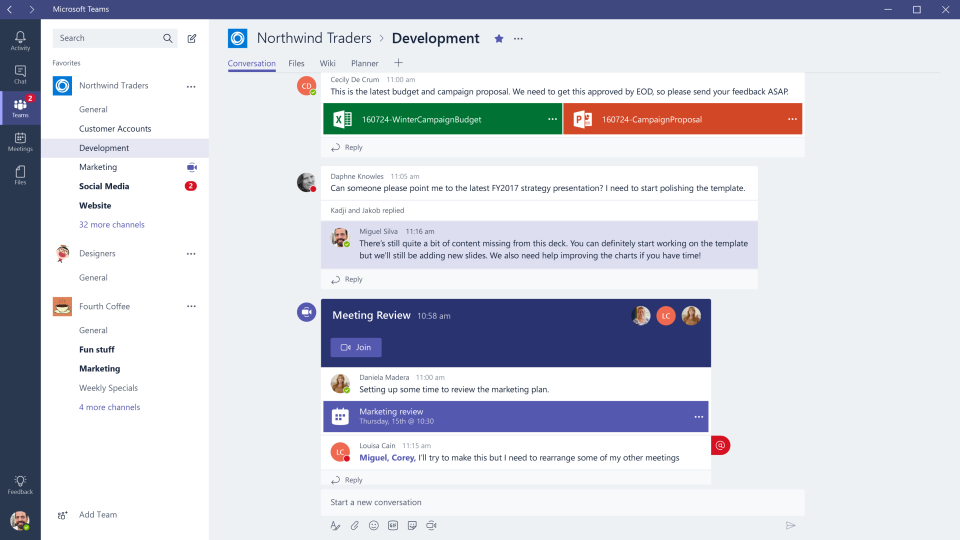 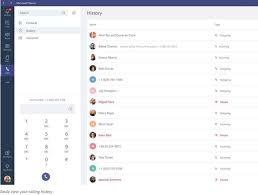 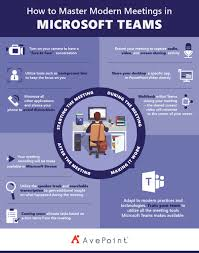 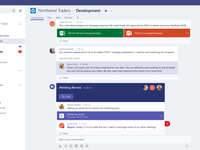 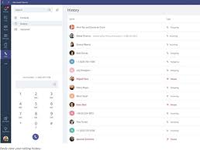 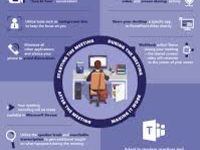 Commentaires: We wanted to get ahead of the sun setting of Skype for Business and realize the benefits of Teams collaboration capabilities.

Avantages: Microsoft Teams provides all of the functionality of Skype for Business, but with a better user experience. The audio and video quality is excellent. The collaboration features are by far the best I've experienced. Simple to deploy, easy to use, I cannot say enough good things about Teams.

Inconvénients: Without proper governance, this product will sprawl easily within your organization. Take some time to setup business rules and remove the default permissions, enabling the proper security and administration of the application.

"Better communication platform for a company which use Office 365"

Commentaires: In my opinion, I much prefer Skype to Microsoft Teams because of the ease of chatting and the use of uploading and viewing files is so much easier. OneDrive can be used instead to upload files and it can then be shared and that is much easier for me. Microsoft Teams is new, and for now, it seems complicated to me because of the structure of the chat and file structure. When the OneDrive synchronizing stoped on my MacBook, I had a very bad time with it.

Avantages: Microsoft Teams is a very good easy to use a duplicate and changed version of Skype. Microsoft Teams can be used to do a number of different things that Skype cannot do. Microsoft Teams on the good side can do a number of different things from starting a conversation to set reminders for groups or teams. Microsoft Teams can share files with anyone in your team with ease, and it does get deeper than that. Teams also do more than the usual chat software, like personalizing the software so it can fit your experience. If you have a full Office 365 package you will experience full Office 365 including tools such as Planner, Word, Powerpoint, Excel, Power BI. Teams has both Android and iOS apps that you can use to communicate with your colleagues with your smartphone.

Inconvénients: But then again, Teams can get confusing. Uploading a file can be easy, but then again file structure can be complicated and can frustrate users (it frustrated me). Microsoft tries and makes it easy to use by separating the main features into categories like Chat, Teams, and Files to separate apps on the sidebar. This again over-confuses users (like it did to me) as everyone prefers it to be in one app like it was on Skype. It has compatibility issues, I have installed and used Teams in my MacBook but OneDrive synchronizing has stoped I have no idea on this issue.

Commentaires: As a project manager I have helped my team run projects, create presentation and run meetings while using teams. It is a great tool to collaborate and hold meetings.

Avantages: This is a great tool to use when working with larger scale company or a small company. It is versatile and well functioning. It is an all in one tool for your teams to work together and collaborate no matter where they are located. I like that you have the capability to hold a meeting and have the camera on or off-it is great when collaborating with team members who may not be in the office.

Inconvénients: One thing that I dislike about this software (maybe I have not figured out if this is a capability) but if you have more than one email-for example as a consultant, you may have your firm email and the email from the company you are on project with-it is not easy to collaborate while using both emails. Having to switch back and forth from emails can be a annoying. Often, you want to collaborate with team members that may not be on the project and as a consultant you want to be able to save time and not switch back and forth.

"A leap forward from Skype for Business"

Commentaires: The bestplatform for enterprises or for those organizations who need to be able to securely control access to communications.

Avantages: A single application for all business communication needs. Wraps up all the previous functionality within Skype for Business into a modern app which adds conference calls and full integration into Active Directory. Licensing is wrapped up into Office365, so for most organizations this product is effectively free. Our team loves using the service and we have found that our clients are also using Teams, so staff members can use a single app for all channels. As Teams is integrated into Active Directory, access can be controlled by administrators unlike tools such as Skype and Slack.

Inconvénients: Can be complex to setup external teams with clients. Large app which is slow to load on some laptops. Some functionality such as Calendar is duplicated in Outlook, giving the appearance of a feature-bloat.

Commentaires: Overall I would say this is a great product. Are there some slight edits that may be done to improve connectivity issues, I hope so. Otherwise, an excellent product.

Avantages: I found this software to be very easy to use from the time I first started working with it. I was used to using Skype, though found when I had multiple people I was connecting with at any given time it became quite slow and lost video quality. I find that with Teams, the messaging is quick, video is great, and there is a hilarious selection of gifs to add to message emphasizing emotions.

Inconvénients: Really there wasn't too much that I did not like about he software. I will say that some of my team struggled with installation and use, though I think that was more in part to their competencies with computers. Once the learning stage was over, they quickly became habitual users.