Hire is targeted at G Suite users with less than 1000 employees in the US.

Hire is an applicant tracking system by Google, designed exclusively for G Suite users. Seamlessly integrated with your Gmail, Google Calendar and other G Suite apps, Hire makes hiring easier, more collaborative and faster. Using AI to streamline administrative tasks, it gives you the information you need when you need it. Hire helps you post jobs to various job sites all at once, identify and attract strong candidates, build better candidate experiences and relationships, and hire efficiently. 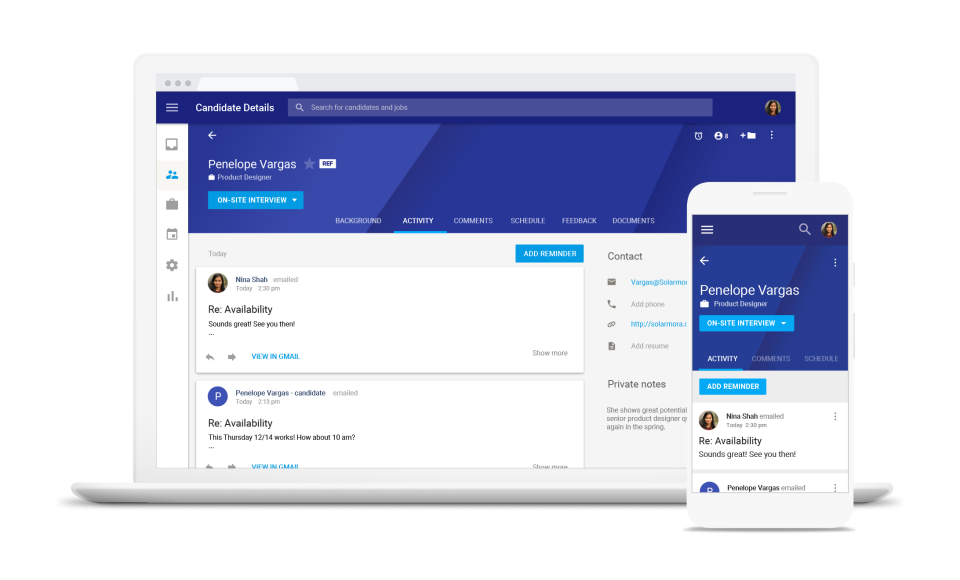 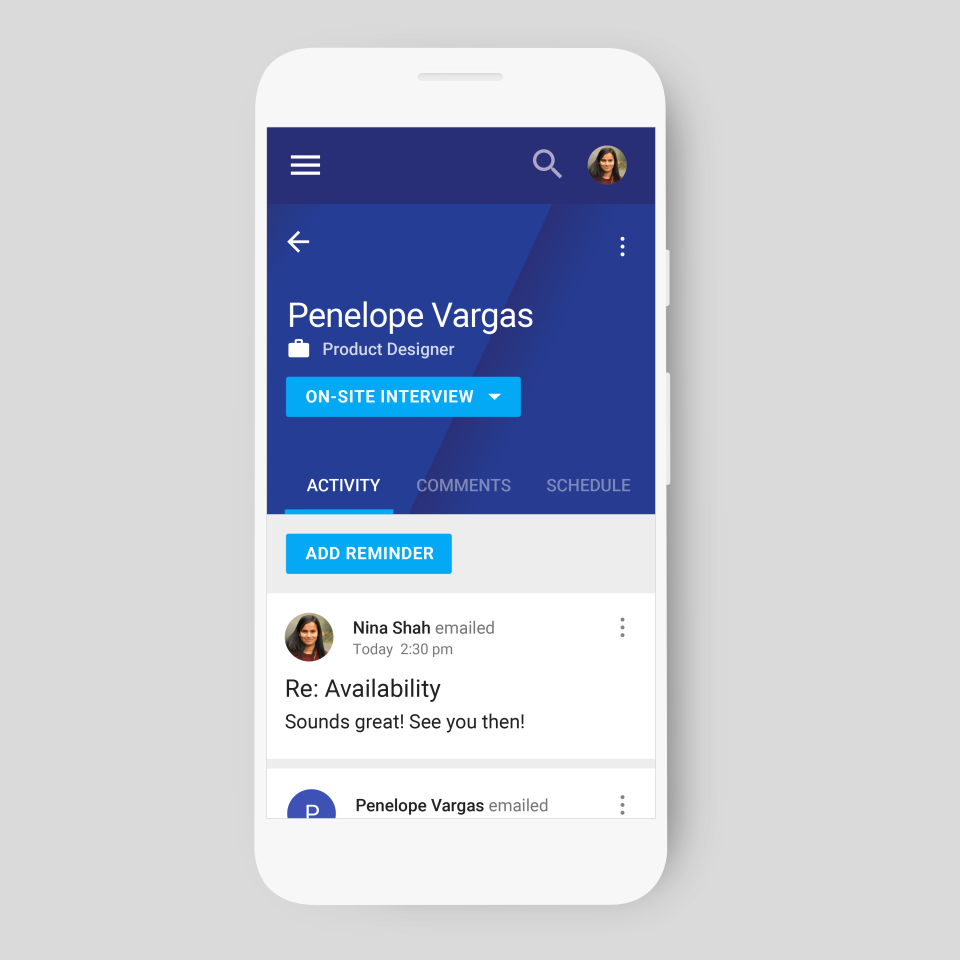 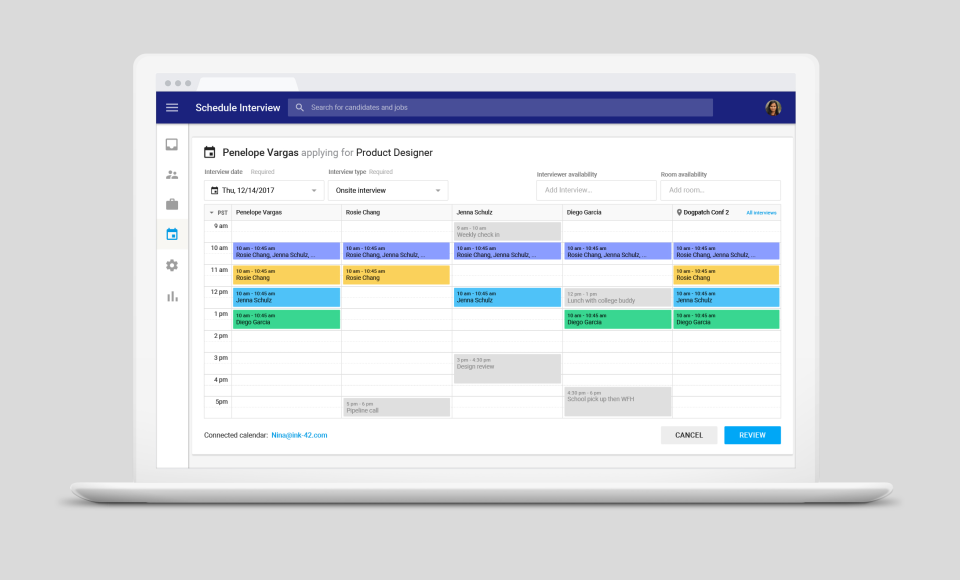 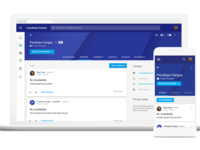 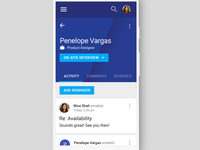 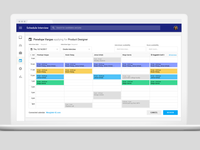 "A great tool at a small cost."

Avantages: If you have a small or medium business and you are dedicating your life to make it grow, Google Hire is the indicated tool to give more formality and order to your business. This new functionality of the Google G Suite has only 22 months on the market and it has been a miracle. It complies with all the functions that a tracking and personnel recruitment software has. It allows you to take in detail every aspect of your employees' work life. On the other hand, G.Hire integrates the functions of Gmail and Google Calendar which allows you to streamline administrative processes so that your HR team can evaluate the best candidates.

Inconvénients: Google stood out with this new tool. amazing!

"Great software if you use Gmail"

Commentaires: We benefited from Google Hire as it became the book of truth for all of our candidates. An ATS is necessary, and yet we found ourselves struggling and disliking a lot of the alternatives out there. Google Hire is well designed, well integrated into Google products which we use, and for the most part gets the job done of helping us sort/contact/and find candidates.

Avantages: I like the design and ease of use. For the most part, things just work and the software is a pleasure to use. There are some issues with bugs here and there, but generally speaking it's a good lite ATS that looks good and works really well. I would also say that the thing I like the most is their customer service. You can immediately chat with a Google Hire support person, and they're all phenomenal. If they can't resolve my issue, they send it to engineers and get me a solution. The price is also a huge benefit. 100/mo and we have a few users onboard. The fact that they price by org at such a low rate vs charging by seat is awesome. The software itself works as you would generally expect a Google product to. It's good looking, easy to implement, and gives you some good options.

Inconvénients: It definitely has some bugs, and what I like least is just that it doesn't have enough features. I really love the software, but there are little things here and there I wish I could change. There are no customizable fields, which seems silly given that every company will likely want to use it a little bit differently. I also dislike that it is set up only for internal HR teams, but that's not their fault. That is their main target, and we signed up as a recruiting firm just because we love Google products and already use a bunch. Unfortunately there are some annoying difficulties as a result, but for the most part we work around it just fine. Lastly, the only other con I can think of is that you have no idea what feature is coming down the pipeline at any given moment. If there are things happening, they seem to be slow. We have requested I would say a handful of features, and they always put you on an email list to be notified when it's completed. In the last few months, we haven't been notified of anything being implemented and as far as I can tell nothing in the software really has changed. I suppose it isn't as buggy as it was initially so that's a good thing. To be fair, who knows! They might just do huge releases every six months or something, then working on fixing all bugs until next release.

Commentaires: I love it. I have been using multiple ATSs for many years and HIRE, while not the most feature-filled and fancy does the job. I've installed as the ATS of choice at a couple of companies now and have no complaints. Cheap and cheerful, logical, functional and serviceable!

Avantages: Easy to add candidates. Search is amazing. Easy to add and edit Jobs and post them to multiple sites including your own. Scheduling is amazing because of everything in g-hire links to your g-suite. You can schedule everyone all at once and grab and drop every interviewer to a spot when they are available. This goes for 1 person to as many as needed for an interview. Feedback is streamlined as well. Custom links for each role are sent directly to the team and the experience is not annoying for them, riddled with reminders, like most software. Setting timed alerts for any day in the future is great. The section for private notes is handy and visible to admins only in the candidate's profile. The use of @mentiones for sending comments to team members is a great way to circumvent sending a chat message or email. The cost can't be beat! There is little to no need to contact support as the design is intuitive and easy on the eyes. I belive if you need tons of help pages something is wrong with the product not the user.

Commentaires: It was a great tool while it lasted. Not too many issues. A good experience.

Avantages: Hire takes the clutter out of a hiring process and makes it easy. Makes scheduling interviews very easy, including being able to know the availability of all interviewers on the panel. Scheduling interviews is very convenient with visibility to all interviewers on the panel. You can also select the time and room for the interview, convenient to everyone. It easy to use, and provides feedback and reminders to the hiring committee. great integration with other google apps. Every feedback, comments and interaction with a candidate is stored and made accessible in one place, and everyone in the hiring team has access to it.

Inconvénients: Improvement of some features is needed. It’s ending on 9/1/20. More privacy is needed when sharing feedback to avoid biases.

"Ads do not get any traction and pulls no candidates to the portal. "

Commentaires: Being able to track progress of applicants in the hiring pipeline.

Inconvénients: - Can only be used on Crome browser. And i dislike Crome.
- Ads on Hire does not get any traction. It advertises that it posts the jobs on different like Glassdoor and Indeed but ads placed directly on Indeed gets almost 800% more traction. I talked with tech support and they told me that if ads are placed on both Hire and Indeed, the ads on Indeed will supersede the ads on Hire. I told them that ads on Hire was published 2 weeks prior to me placing ads on Indeed and the ads were not duplicate. The reason why i placed the ads directly on Indeed was because i only received 3 applicants in 2 weeks. The ads i placed 2 weeks later had approximately 83 applicants within 3 days. When i informed the tech support regarding this, they brushed me off and continued saying the ads were duplicates and if posted around the same time, Indeed ads will supersede the ads on Hire. They later went on saying that my ads in Indeed must be sponsored and i informed them that no they weren't. After few days they got back me after doing their "Investigation" and they said pull all ads from Indeed and see if i get any traction on Hire. I told them that that's what we did for the 1st two weeks and i cannot afford to not have any applicants and they said well you might want to contact Indeed directly and ask them about this situation. Wow!!!!! I will not be recommending Hire to anyone! The product does have potential but it is new and it is not without problems.