Any Basecamp user looking to add labels or kanban boards to their projects.

Labels for to-dos and Kanban boards for projects, all within Basecamps UI. 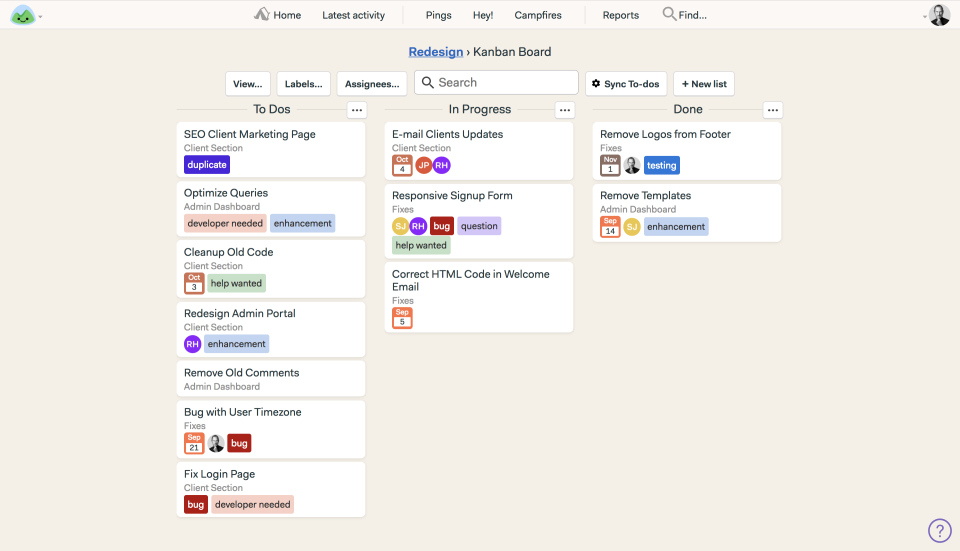 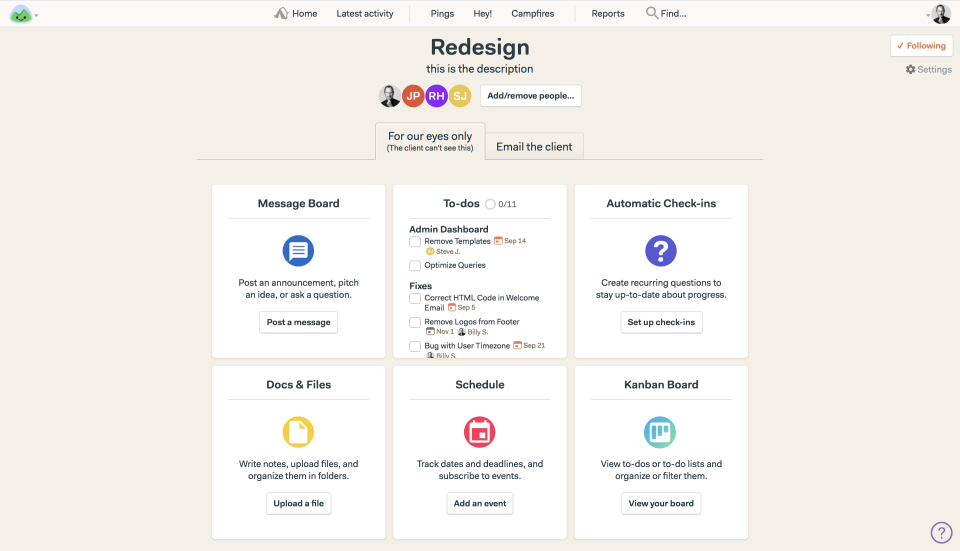 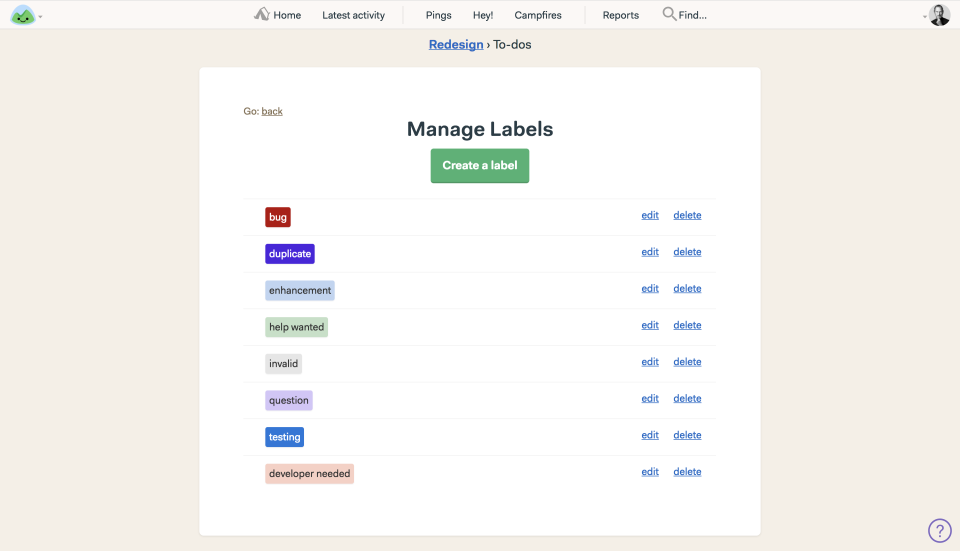 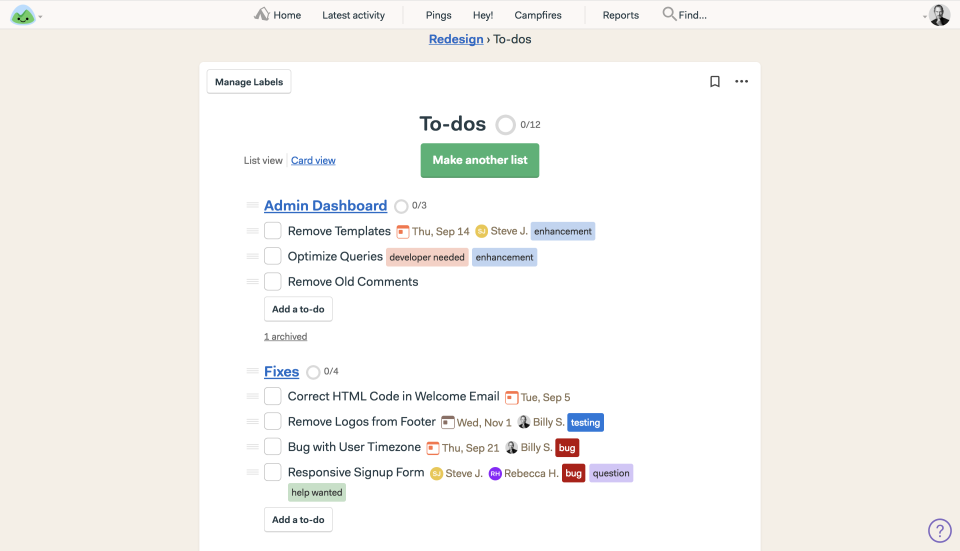 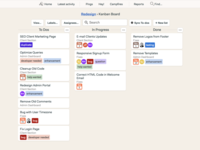 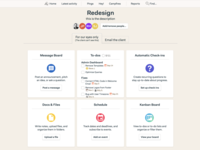 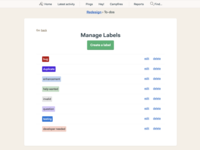 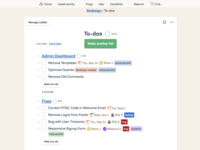 Plus d'alternatives à Tracked for Basecamp

"We juggle clients and projects so Basecamp keeps us on top of everything!"

Commentaires: A clearer mind because I know that I have captured all the parts of a client or project and I can quickly assign tasks and now that my team is on top of everything.

Avantages: We can organize everything from to-dos to documents to random thoughts about a client or project in one place so it is easy to stay on top of everything or to pick up where you left off.

Inconvénients: one feature that I hope is coming soon is to be able to make a repeating to-do. Right now we change the date but don't have the satisfaction of checking it off every time.

Commentaires: We now have a solid way to track projects and progress across many different departments. It helps with work flow and deadlines.

Avantages: It's easy to learn how to use Basecamp. The search functionality and notifications are great.

Inconvénients: I get way too many email notifications. I know I can edit that setting, but I never seem to do it properly. Also, some team members get a bit passive about minding their projects and comments added, but we're all getting better with this.

"Good idea for an integration, but pretty limited in functionality"

Commentaires: I was initially really excited about including a virtual Kanban Board, but with only two options to display the card (one too specific and the other too general), it doesn't really meet our needs the way we had hoped. Also, the inability to copy labels from one project to another (or put them into templates) and lack of any real reporting or exporting and sorting capability was disappointing. Overall, I thought it would be more useful than it actually is for our needs.

Avantages: I like the virtual Kanban Board, and that you can customize and save a standard setup for your team to use over and again for future projects. The drag and drop makes it easy to use, and it is nice to have individual Kanban Boards within each project as well.

Inconvénients: A few things: I didn't like that labels don't copy from one project to another, and that you can't set labels in project templates. It would be nice to be able to export the to-dos with labels so you can report on them and sort the data, but that doesn't seem to be possible. Also, you only have two options to display cards, and neither of them are quite good enough. One is to display every item on every to-do list (including the lists itself, which is confusing) as a card, and this takes a really long time to sync if you have a lot of projects. The other is just to display the projects as cards, which is too broad when a project has multiple To-do lists and several features being worked on at once.

"Kanbans on Basecamp! A missing feature"

Commentaires: Tracked support has been really responsive and helpful. Overall it has been a great experience and has enabled our rapidly growing agency to get even more use out of basecamp and stay on the platform longer.

Avantages: This adds kanbans to projects in basecamp, which is amazing, however, this takes it a step further and allows us to turn all of our projects into cards on a kanban board and individuals can organize their tasks on kanban boards. This is a really useful add-on to basecamp and honestly is a feature that basecamp is missing.

Inconvénients: The con is not really about tracked but about basecamp. Tracked adds a feature that I believe should natively be part of basecamp

Commentaires: Love that Tracked is now a part of basecamp! It feels like it always should have been a part of the software as it allow us to stay in basecamp for all of our project needs, rather than jumping in between software and has made us more efficient in our day to day projects!

Avantages: We love using basecamp with some of our partners to easily keep track of a project, but Tracked has increased that organization tenfold. We can keep everything from a task list to assets to comments all in one place so that we can all easily stay on top of the project!

Inconvénients: It would be nice to have Tracked in the desktop and/or mobile apps, as I sometimes am on Basecamp from my phone. Overall, not much I would change!