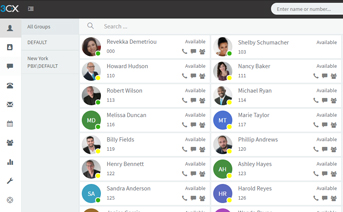 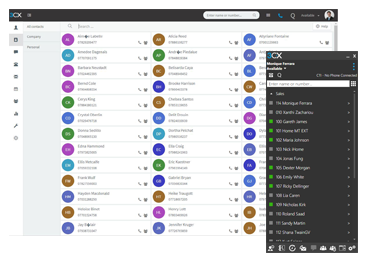 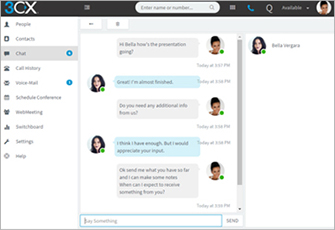 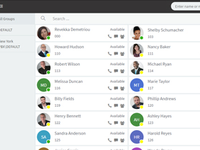 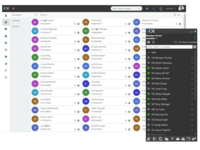 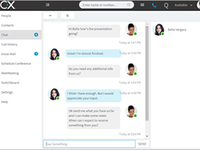 Commentaires: We had a customer that had 3 different companies within the walls of the building. We were able to configure each company separately so that their rules, hours, and each had different SIP providers that needed to be configured up properly. Each had their own digital assistant and the system setup took only a few hours to complete with all the complexity that was involved. Technical support was outstanding in assisting with the troubleshooting and setup.

Avantages: The 8 concurrent call Standard License is free to all companies. This makes it a perfect solution for churches, small businesses, and as the small businesses grow into medium sized businesses, the annual cost for the license with higher concurrent calls is nominal. When companies switch from the POTS lines, they need to figure out a good solution for VoIP. 3cx is lower cost than RingCentral and 8x8 as well as many other competing VoIP softwares.

Inconvénients: Putting in supported APAP adapters is great, but when a customer has a non supported adapter, it usually works, but doesn't play nicely with the software as far as configuring it easily.

Sincere thanks for your feedback.

Commentaires: In my opinion, it is a very good tool and hardly ever had problems, because the tool is very stable and with a very good usability, serving very well small businesses.

Avantages: • It is free.
• Assists in the company's internal communication.
• It is always updated with improvements.
• Ease of receiving and transferring calls.
• Ease of configuration and installation by the end user.

Inconvénients: • We used the trial version quietly for 1 year, but due to technical problems due to a codec, it caused a major internal problem where we stayed 3 days without a phone. For this reason the support of the company that provides the service asked us to change the application.

We are sorry to hear that you had codec issues. Can you explain which codec was used and what issues it created?
Codecs work using the SIP Offer - Answer model - a standard in SIP used for the update of session dialogs. This means that when a codec is offered by one endpoint (phone), and the receiving endpoint answers "no available codec" then a codec exchange occurs where both endpoints try to find one common codec (language) to use for their media. Like this every call is serviced and has more chances to get 2 way audio. It is important to tell us which codec you tried to use. Because firstly, we might have an issue to investigate or we might also give you an alternative codec you can use. We support all major codecs so I am surprised how the company that serves you recommended that you change the whole app.

Nonetheless, thank you for your feedback. I will forward this to the development team.

3CX - The Softphone that works

Commentaires: The day to day operation is more streamlined and at a management level, it helps keep track of those taking calls on out various teams. It also allows us to be away from our offices but take the mobile app with us and get our VM's via email... all positives and allows us to be more attentive.

Avantages: 3CX has made it easier to maintain our calling network and allows us to bring its features outside of the office which aids in our day to day. The phone dial pad it self is very user friendly and the software it self has a very ease of use feel to it. As a manager it is nice to view, listen and transfer my teams calls on the fly - the logging system also allows me to keep track of activity within my teams.

Inconvénients: Not a ton of cons to be honest, there are some issues of delays from when you ask for a function (click delay) like looking up a contact from the address book and clicking to call the contact, sometimes there is a bit of a delay.
The product could use a bit of a refresh look, but overall the ease of use and user friendly Softphone does hit it's marks.

Thank you for your feedback. We are delighted that 3CX is proving to be a useful tool in your organisation.

Avantages: The 3CX installer on both Linux and Windows is incredibly easy to use and users can go from nothing to a fully-featured phone system in less than 20 minutes. Once installed, the user interface is very clean and straightforward. The 3CX Softphone that can be installed on Windows and mac computers pairs effortlessly with 3CX provisioning files.

Inconvénients: 3CX offers very little customization outside of the user interface, and commonly phone system managers will be simply unable to perform more-complex call routing. As an example, dynamic outbound routes are simply not possible outside of the overly-simple Outbound Routes tab, and you are limited to only prefix, length of destination, and from extension. Compared to FreePBX and FusionPBX, the ability to customize 3CX is almost non-existent. 3CX Support will 100% of the time deflect any technical issues to the carrier, and after numerous ticket responses later, they will finally admit to being able to help. SIP SRV records are completely broken and not compliant with the SIP RFC. It's hilarious how catastrophic this lack of functionality is. Faxing is completely broken. It will be a complete nightmare if you attempt to run T.38 faxing over a 3CX phone system.

3CX - The most complete IPPBX on the market today

Commentaires: It just works all the time. Windows or Linux (Debian) both versions whether in the cloud or on hardware are solid, solid, solid.

Avantages: When an IPPBX is able to run off of an Intel NUC and provide full call center functionality, CRM integration, soft client via WebRTC mobile client with ZTP integration with the leading IP phones and be set up literally in 10 minutes ... not sure how you can beat this !

Inconvénients: It has more to deal with their partner levels and it constantly changing along with the support they provide to resellers when quotas are not hit that has become a concern. Communication for license renewal has gone directly to end users instead of the reseller of record that has soured the community.

Thank you for your positive feedback. This is greatly appreciated.