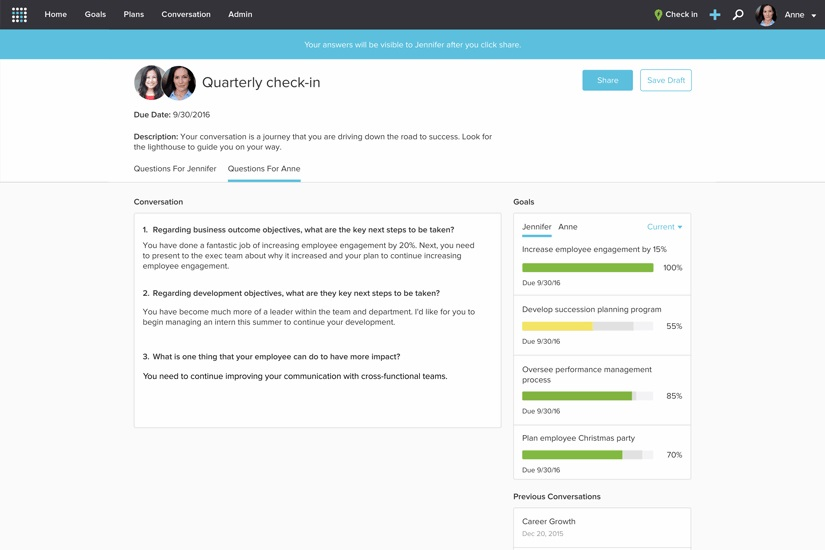 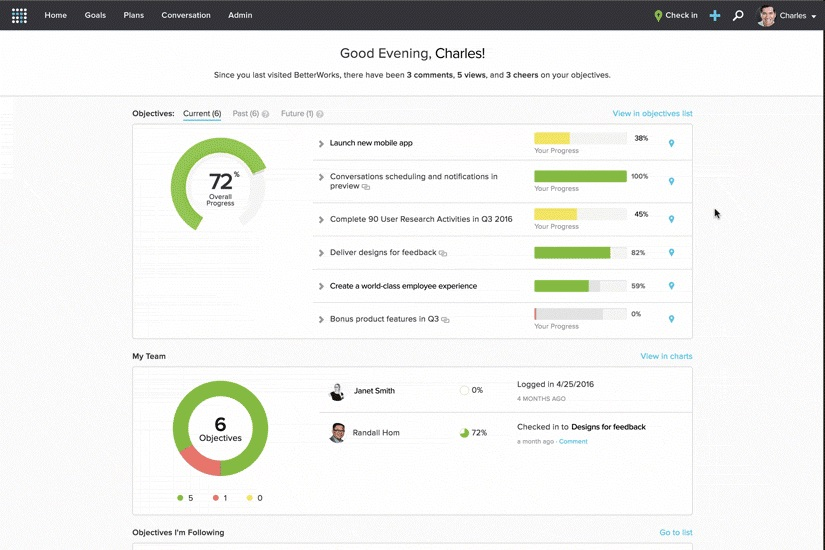 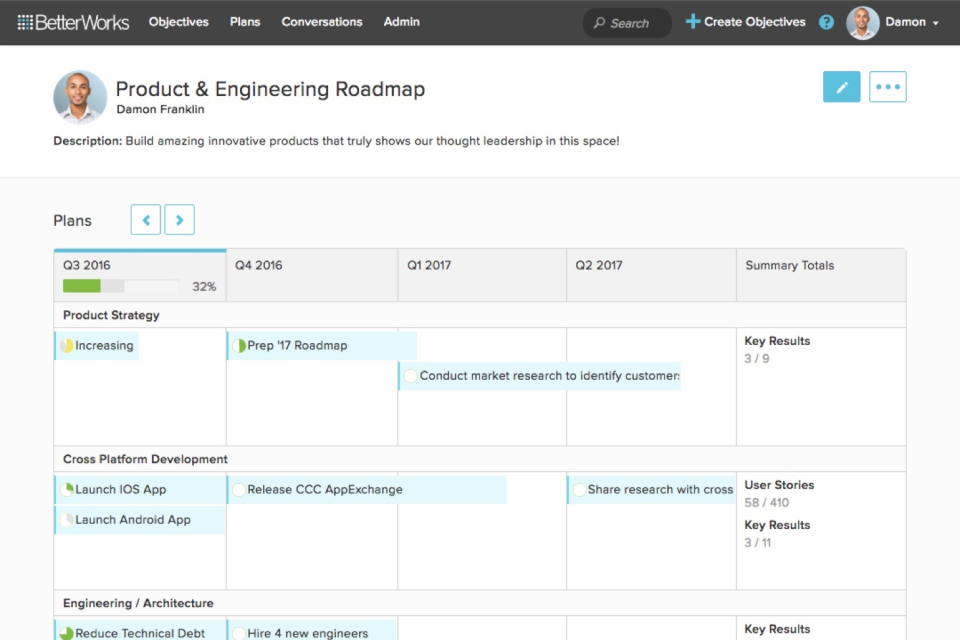 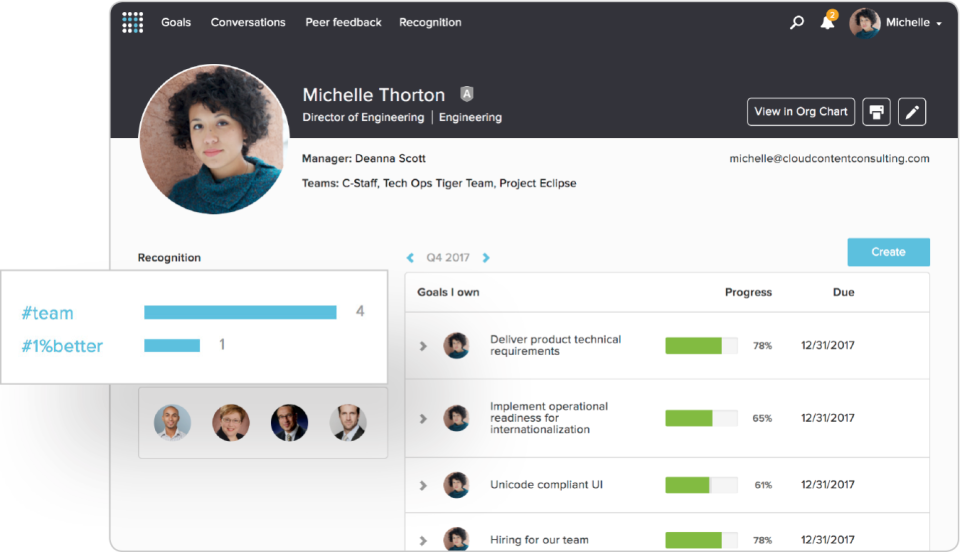 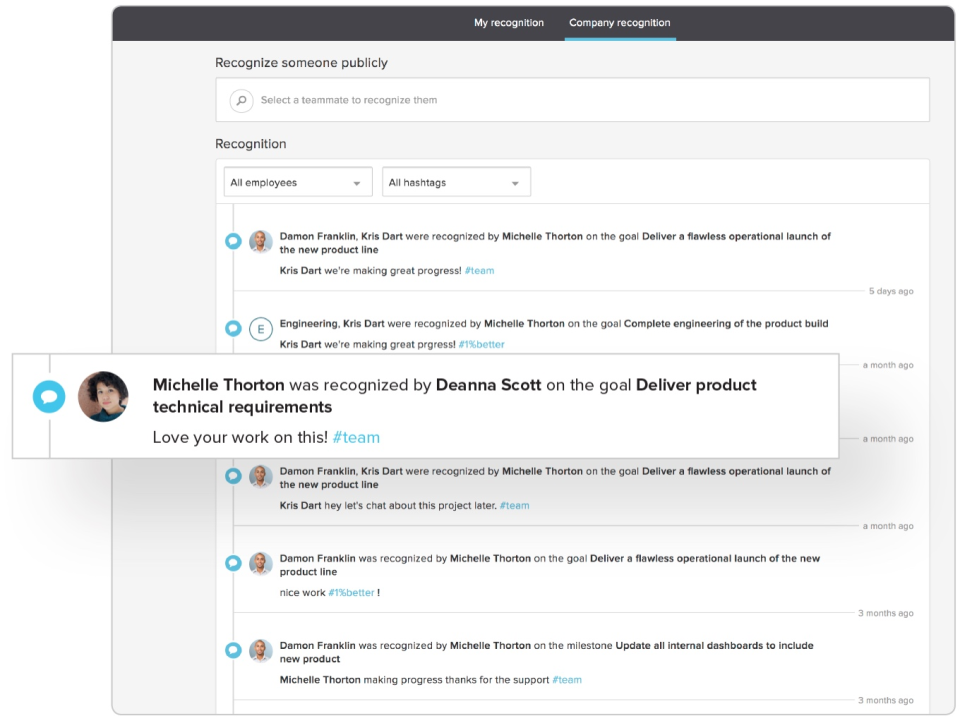 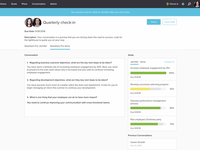 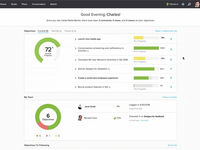 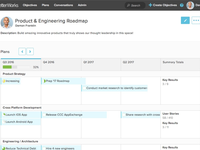 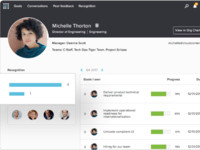 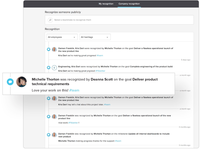 Commentaires: We attempted to implement this kind of process in another software that was not purpose built for tracking goals. This software is definitely an investment for an organization that wants to see true alignment and progress.

Avantages: This allows for a comprehensive top to bottom alignment of organizational goals. You can track everyones progress, pending they update it appropriately.

Inconvénients: Not always the most intuitive to use and training is required. When goals go past due you cannot delete them if they had become irrelevant, you have to go in and edit them heavily.

Avantages: Provides exceptional visibility into the OKRs of large organizations, making it easy to align on strategies with other sibling orgs within the greater org.

Inconvénients: UI can be non-intuitive sometimes. Lack of consistency between different UI views, leads to user confusion. Some more walk-thru wizards would help.

Commentaires: The process was easy to set up. Easy to use. Downloading/Analyzing the results is easy.

Avantages: Customization is one of the best features of Hyphen (Betterworks). I love that there is an expansive library of questions (open ended, rating, etc.), but also have the functionality to create your own questions needed by organizations.

Inconvénients: We would really like more benchmark data where we can compare our results by industry, FTE size, revenue size, etc.

"Not the right tool for our organization"

Commentaires: I think we approached Betterworks as an organization with a great idea of aligning more across teams, and working together toward organizational priorities. In practice, however, it has been a bit of a flop despite our team's best efforts to implement. It felt like people were setting OKRs more out of necessity than actual usefulness, and the conversations were just a formality. People resented having to use the tool for goal setting and planning, when we already use Asana. Ultimately, it just felt like another piece of technology that we had been assigned to use rather than a tool that was actually useful. If you are considering getting Betterworks, I would encourage you to think hard about whether the tool is uniquely solving a challenge and developing a strong adoption plan. Without buy in from users, the tool loses its efficacy and impact.

Avantages: Betterworks has a simple interface and is pretty user friendly. Through going through the exercise of coordinated goal setting as a team, it has helped us align and communicate more.

Inconvénients: For my team, it didn't feel like a necessary software product. We felt we didn't need an expensive tool just to set quarterly goals, which we had previously done ourselves just through using gsuite.

Avantages: - Good promoter of a transparency culture - I like the ability to see the objectives of senior directors and how the rest of the companies objectives are aligned to these.
- The ability to request peer feedback from within the app is very useful - and especially the ability for managers to see.

Inconvénients: - There's no functionality to review previous checkins, other than manually clicking into each one. I have weekly checkins with my direct reports and find our checkin notes useful for quarterly performance evaluations - if I could see all of them on one screen or be able to search into them, this would be a big improvement