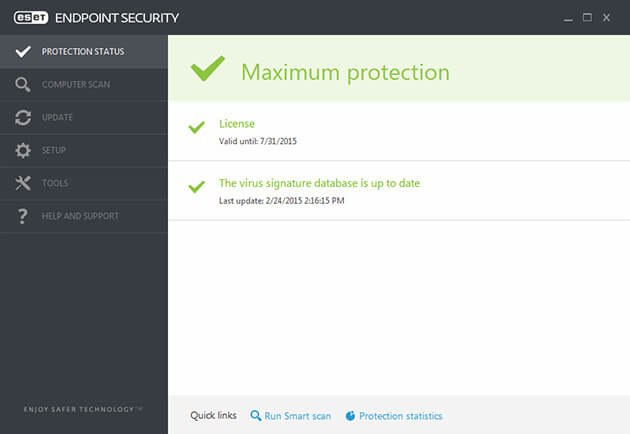 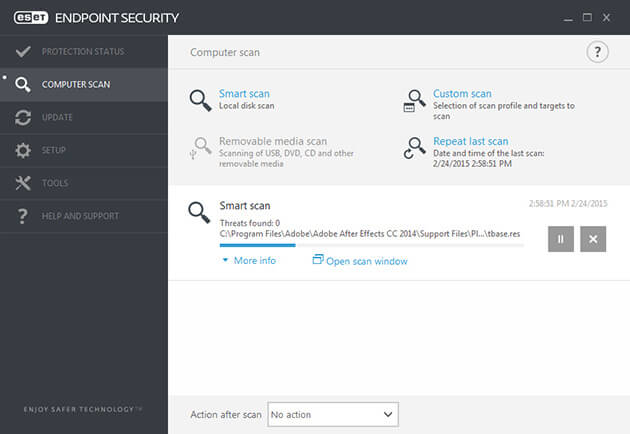 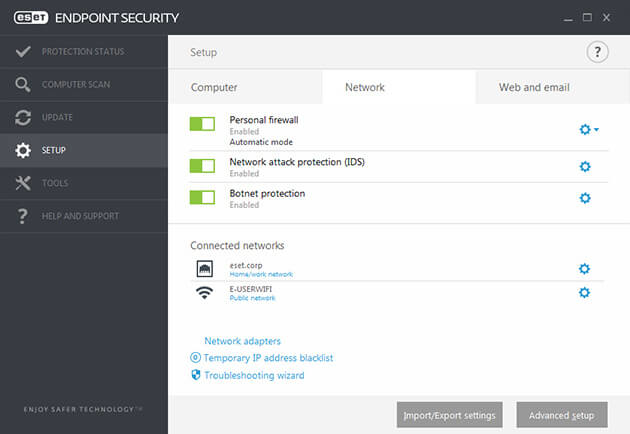 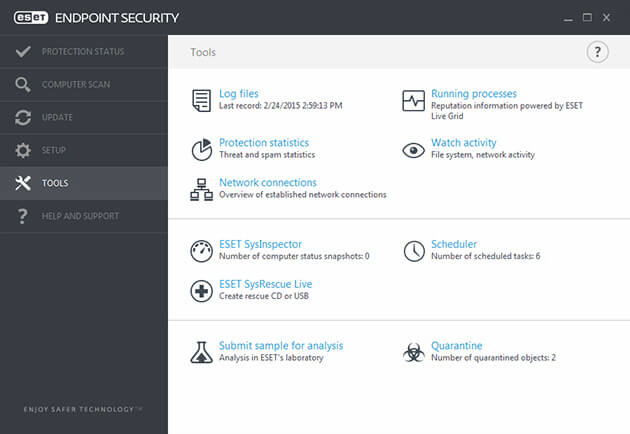 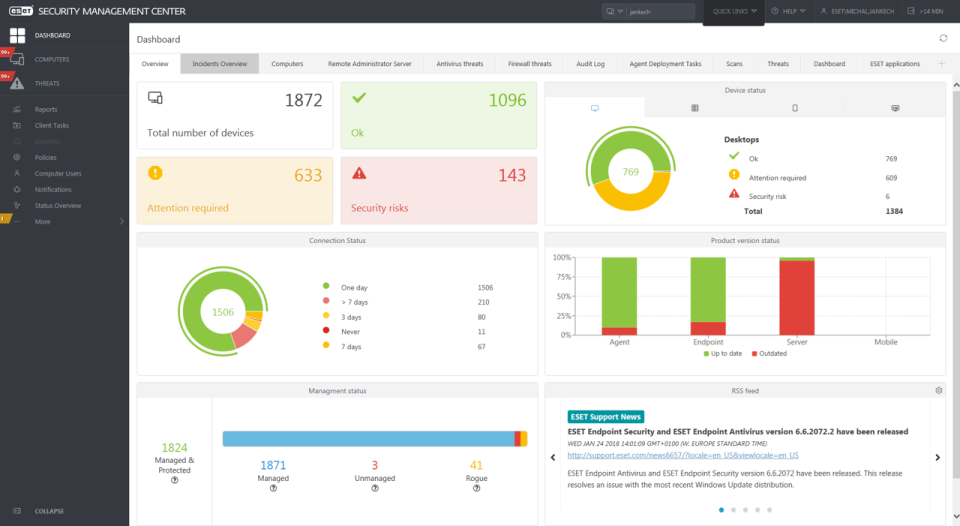 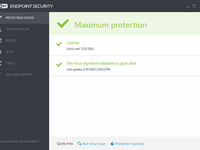 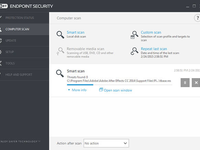 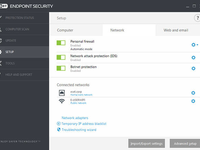 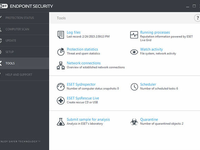 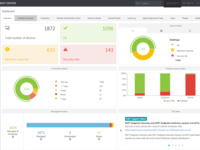 Commentaires: I like it, i Recommend this to anyone. The Best I ever Had

Avantages: It is very easy to install and use, It doesn't take a lot of resources from your computer.

Inconvénients: We got hacked by a Ransomeware 2 times now, when it is supossed that we were covered by ESET =( . Lucky us we have backups of our all data daily. but was not easy to restore.

"Feature Rich! Security at its best"

Commentaires: It is doing a good job of antivirus protection and filtering. It is also more customizable than I have tried.

Avantages: This software detected other networks on my machine. IT was good to have that information to resolve some interesting errors.

Inconvénients: I had to set the firewall for a foreign country that is headquarters. This was a slight problem that I didn’t expect. It also seems to run slow but it could be my configuration so I can’t be sure to blame the software yet.

Commentaires: In total, we have been protected from all ransomware attacks for about 8 years, with the exception of a few cases, which Eset quickly resolved. The system was also able to prevent several zero attacks, with which, for example, our suppliers had problems, which strengthened our position in the market.

Avantages: an integrated sandbox that can detect malware that tries to mask its activity and avoids detection by standard AV techniques. Thanks to the cloud, the network is protected before the next virus database update is released, which saves time. Eset also has low system requirements, which allows the use of older hardware.In addition, the livegrid system collects information from all over the world, and thanks to this system, computer scans are also significantly shortened, as there are no scans of files whose reputation has already been verified in the system.

Inconvénients: price, speed of implementation - initially, there was a problem with training workers, which took some time, but now we don't have to worry about almost anything.

Commentaires: In experience, it is not a bad program, but it is very basic depending on the type of user that is addressed, for a home user it would be good but for business, something more robust would be needed.

Avantages: This security system although it has many options is very easy to use, it is very friendly and for a user who has never used it you can use it easily, I could say that this type of security should be used more for people of home since For some company it is very basic, it may have different security options but it is not complete.

Inconvénients: What I do not like is the cost, the cost of this application is too high for the options and security that it has, it can have different levels or options for security of different types for when protection is something very simple, at the company level that handles some sensitive information could cause problem, since the type of security as I mention it above is very basic, would be only for users of house, and for the price the users of house I would not accept it is very high.
They have an option for microsoft security that I do not see as a user.

Commentaires: We are able to easily manage ESET from the ESMC console, no matter where the mobile device travels we are able to control it

Avantages: The deployment process can be easily streamlined using GPO or the ESMC console. As well as managing any Virus outbreaks or threats centrally

Inconvénients: Can be a pain if there are issues with the central server, or if machines have issues removing previous AV software in order to install ESET