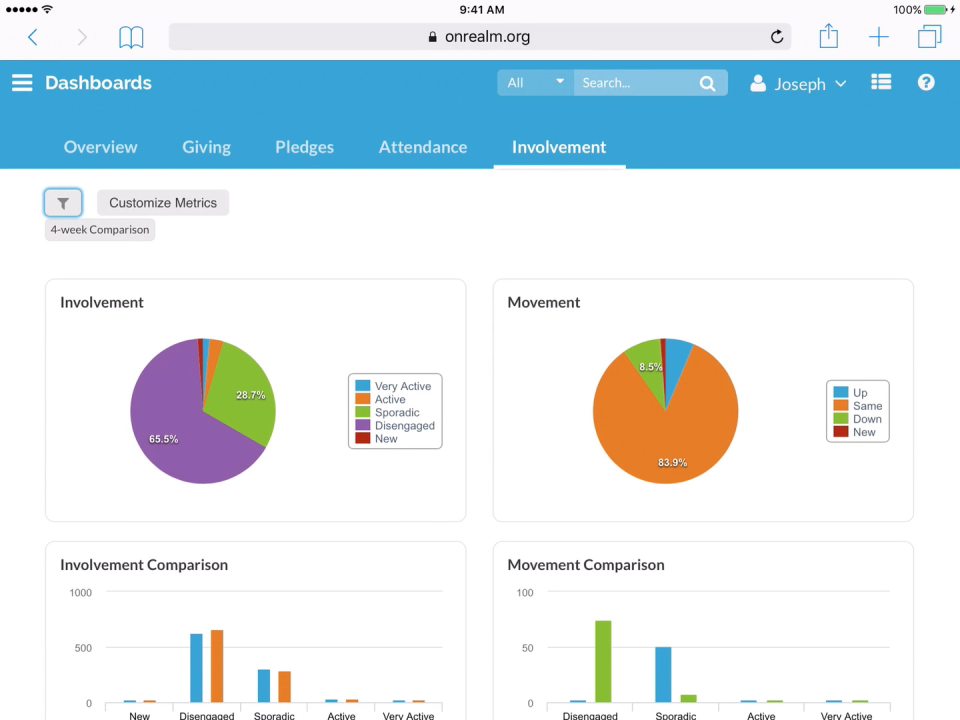 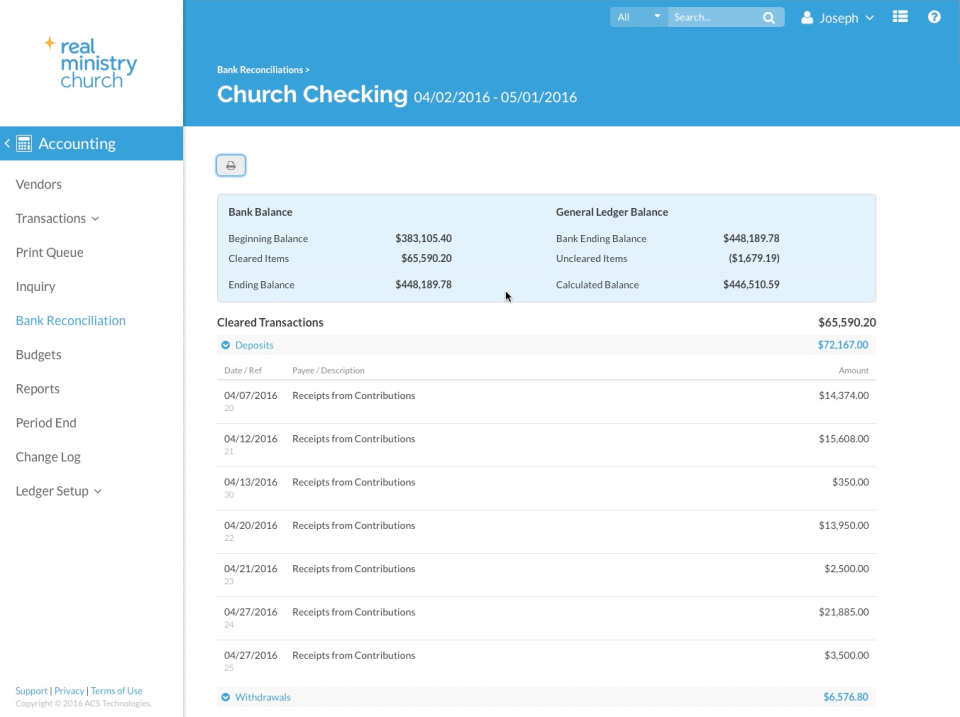 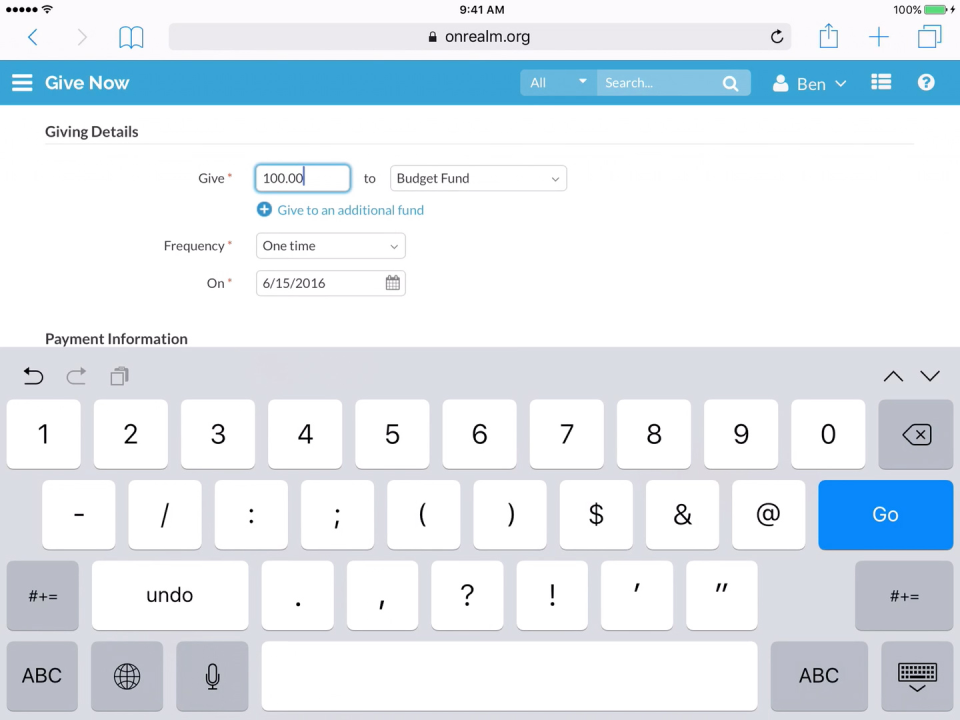 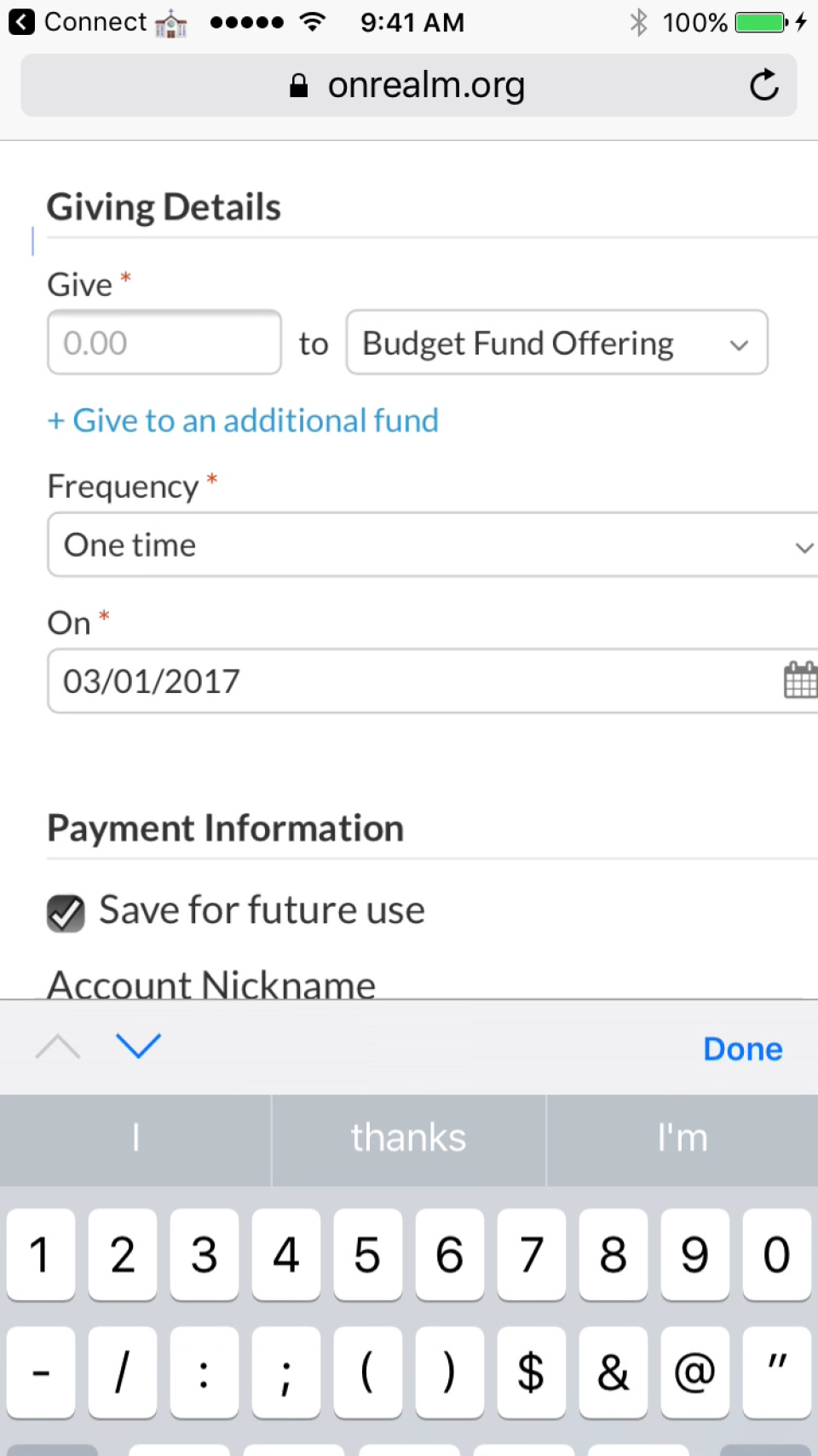 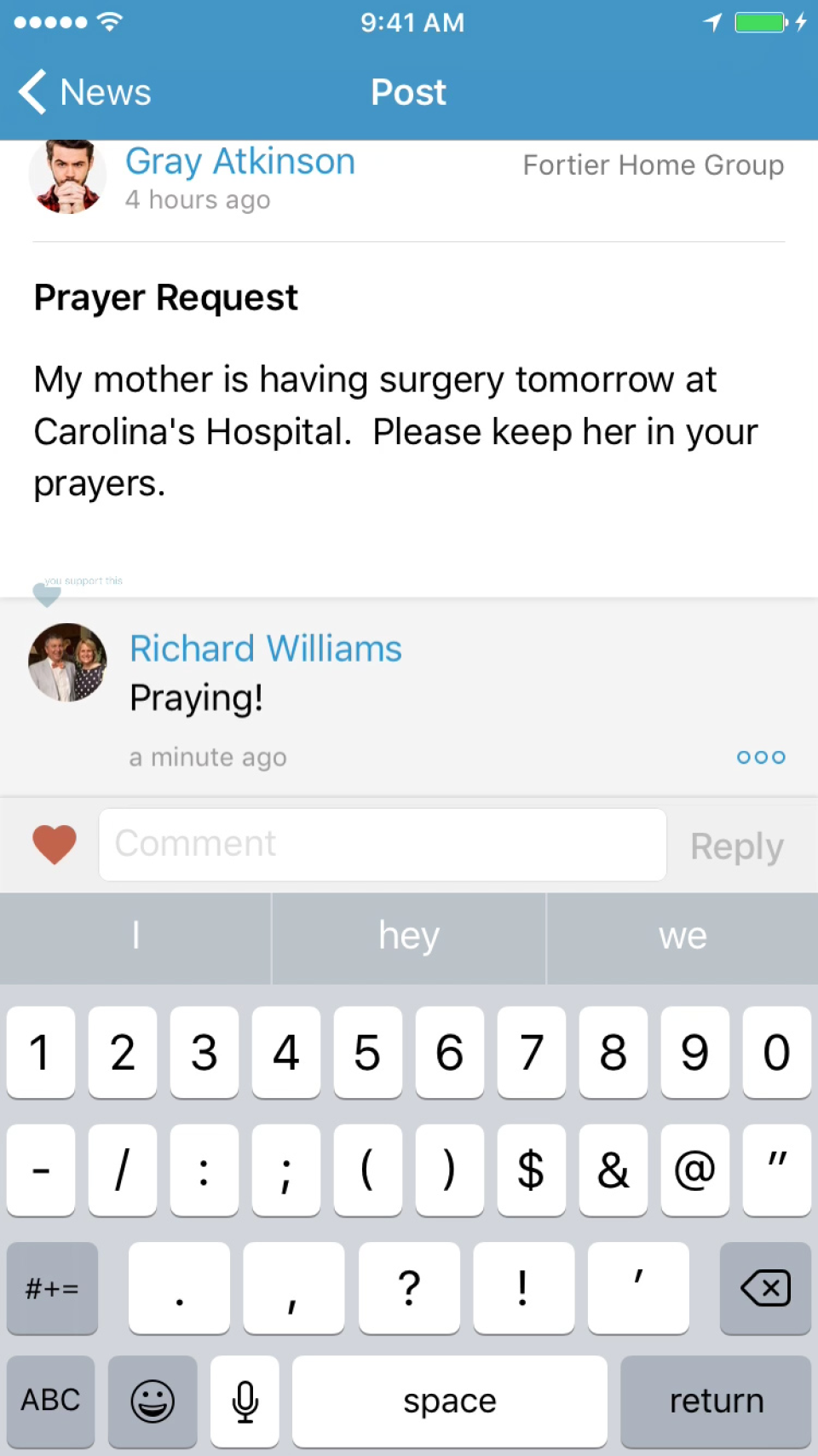 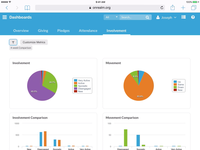 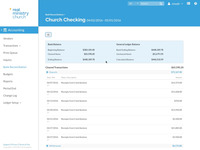 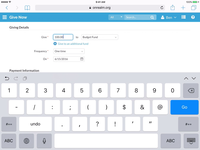 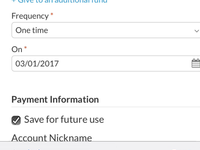 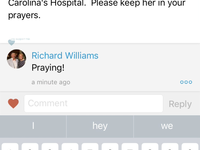 "Realm has been an excellent resource for our congregation and staff."

Avantages: We use Realm Connect - the level that allows for congregants to log in and use the app feature as well. Realm is easy to use and intuitive to figure out. The staff love being able to get to it anywhere and that they can even work on their phones on things if needed. Realm has features that make life easier for church staff, while also allowing the congregation to connect with each other. The Realm development team is always looking at ways to make it easier for people to know where to go, while also trying to find ways to make the church staff's lives easier as they input the data. Additionally, the support staff is very knowledgeable and helpful. I rarely have to wait for support help and if they cannot fix an issue while I am on the phone with them, they are quick to follow back up.

Inconvénients: There are still areas they are building out and things that are not there yet. For example, today we tried to copy a list of people from a registration event into a group roster as the group decided they wanted to be able to communicate with each other during the study. This was not a feature that was available yet, so the person entering the data had to manually add the people to a group. But, they have an enhancement request portal where Realm staff users can enter ideas in on what to change or add and they follow that portal very closely. The things that are not there yet are a small trade-off in my mind, as overall Realm is incredible software. And knowing that those things will come soon makes it easier for me to help my staff realize that if they can be patient for a little bit longer, everything will be in one place. They really like that!

Commentaires: The customer service has been good, and their demo was reasonably well done, though their app crashed for their employee multiple times. I asked some tough questions about features that they said they were still building, and they admitted that they really couldn't compete with planning center in terms of a service planning module, but other things seem pretty good. My preference would have been Planning Center overall, but our finance people pushed us towards Realm because of some of the options on that side, so I'm living with it and trying to figure out how to manage my volunteers and services in planning center while keeping our main database and pathways on Realm. It's not ideal, but Realm doesn't seem bad per say. One oddity was that Realm's marketing pitch included the fact that they were a family business. I love families, but "family business" to me is a point against when I'm dealing with a software development company - as a user I want excellence of design and programming with great customer service, not friendly staff who are also designing software. That being said, we haven't had any significant issues or feature limitations yet!

Avantages: Because we were previously on ACS, it was easy to import previous data. The online interface is much friendlier than the old version, and it generally has good features and capabilities, but as with any database/CRM, it's all in how you set it up and implement use. Overall, it's a solid choice.

Inconvénients: Being a Planning Center Services user who's dabbled in other Planning Center products, I prefer the integration and user interface of planning center. Overall Realm feels more PC than Mac - sturdy, but not as pretty and at times a bit frustrating with the number of clicks you need to do to get to where you want to go. It's functional, but it feels like it'll take longer for people to learn how to set things up and do things properly, which will impede good rollout and ultimately depth of functionality because of that.

Commentaires: Frustration is the best word that describes my experience with Realm. Frustration on finding information, frustration on looking for help, and frustration even on the help desk. When I write an email, it is almost as if I am getting a computer response telling me only a simplistic response that does not consider my question on the background that I provided.
It seems that my complaints fall on unconcerned ears when i express them to the Staff.

Avantages: I like the ability to use a check scanner with the giving software

Inconvénients: There are serious gaps in the way Realm relays information. When certain payments are made online, the software does not notify the Administrator of their receipt. I have to go and look for the payments (such as VBS registrations) without the software telling me that it has come in. Then it does not list the deposits from the registrations, only the individuals that made payment, after I go outside the giving module. Our checking account has been out of balance because of this.
Also the giving statements allow very little configuration. The pledge set ups do not allow for change. Nor can you easily go back to a previous screen or report that you had to navigate from.
I do not find the software intuitive, and often have to search for long times to get information that I need,
The searching seems fragmented and not easily connected.
When i edit a previous gift I do not get a notification or ability to print out a report so I can do a journal entry so we can keep our records balanced.
The online help is entirely worthless. It lags far behind many other help searches that I use for software.
I feel that I am forced to call the help desk. Usually after searching for at least a half hour down many dead ends, the I call the help line and there's another 30 minutes explaining my problem. And another 20 minutes hearing the condescending comments telling me that I have to not expect REALM to preform according to my expectations.
It is not seamless, nor is the contribution

"Realm is a good church database"

Commentaires: Overall Realm is a good a product. It was first rolled out to small churches and it shows that. It seems that the programmers and decision makers still look at the small churches instead of larger churches when adding features.

Avantages: It is a communication tool as well as a database. They keep improving Realm. Ease of finding duplicate entries. Customer support is the best in the industry.

Inconvénients: There are many features that larger churches need to use the software the best and Realm does not seem to be in any hurry to provide those features. They make larger churches figure out work arounds which is never good. Difficult to get the needed reports for our auditor each year. Contributions is not done by the best practices for debits and credits. They line through entries when a charge back is made at the bank instead doing a debit, which shows a money trail for audit purposes.

Commentaires: We enjoy the products ability for us to track giving, children/youth that are registered to track for attendance. We track worship service attendance that is required by our Diocese and of course giving is imperative and the system allows us to do this an efficient matter.

Avantages: The best part of the feature that all religious institutions could benefit from is the giving module. The online giving is very easy and user friendly and processing of the gifts is very easy for the administrators of the church. We recently rolled out groups and have a BETA group using it. They are very excited about the capabilities and have added their own members and published documents for them to use and communicate. We use the product for event registration and that process has been easy as well, it is intuitive and provides a lot of options for tailoring to particular event needs.

Inconvénients: Currently the serving module needs to be built out more for us to fully utilize it. We are trying to avoid having the serving team send emails back and forth about coverage and needs. We also would like more customizable features when it comes to background color and newsletter type communications.