BQE Core transforms the way you run your architecture firm. Provide principals, project managers, and entire staff with the information they need. Monitor KPIs like project performance, time and expense, and profitability. Watch status of tasks by phase, track progress, and compare budgeted hours and costs vs. actual. Efficiently allocate resources with interactive Gantt charts and accurately forecast every time. Sign up for a free 15-day trial. 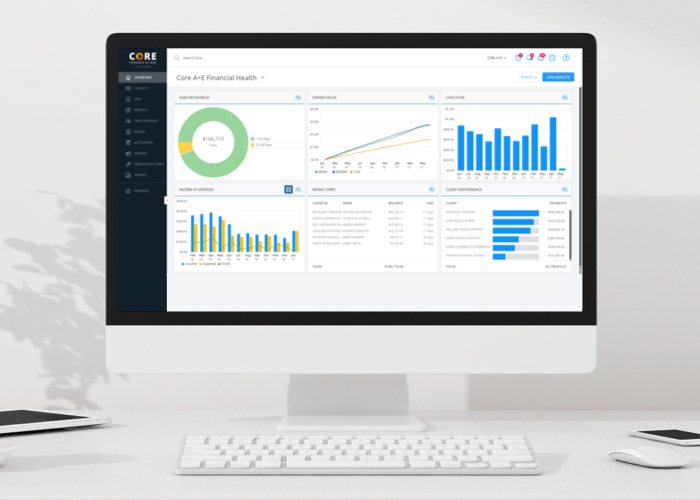 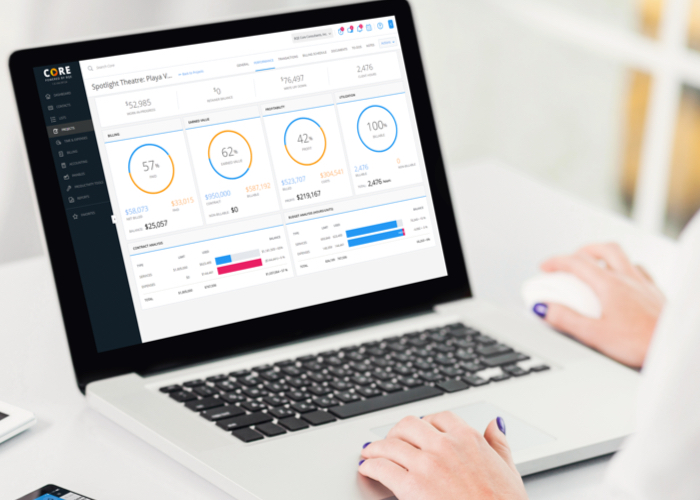 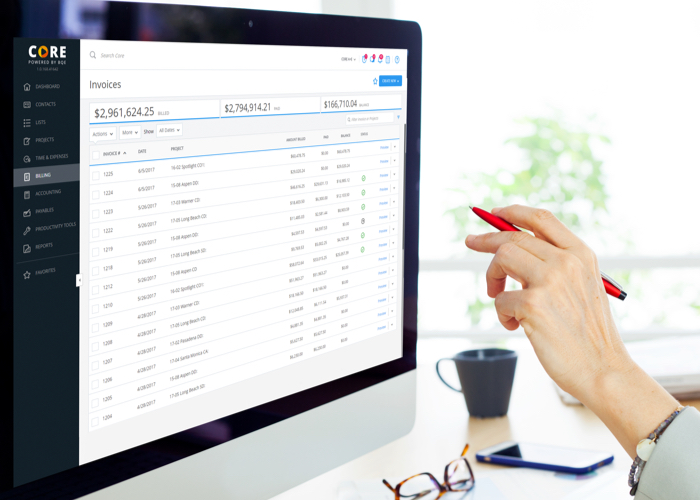 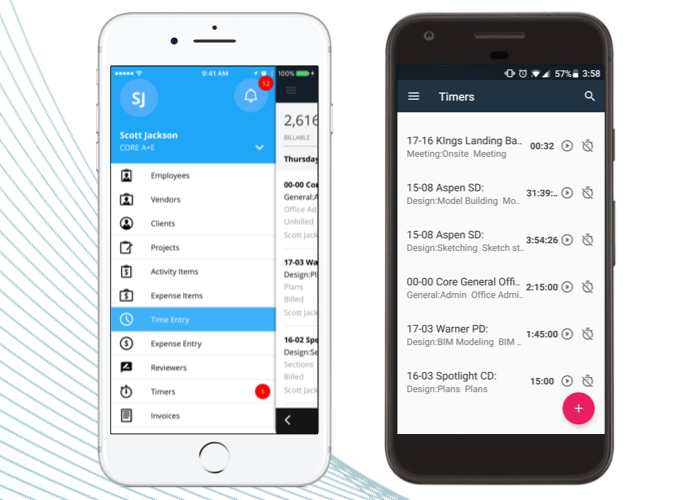 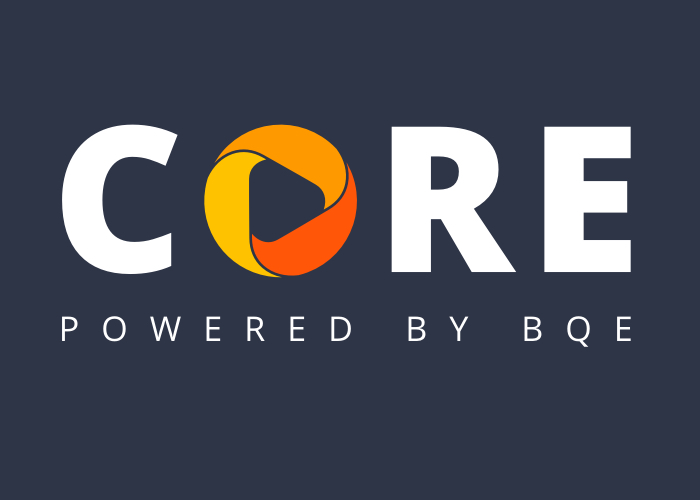 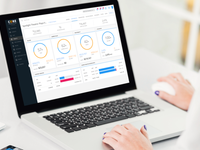 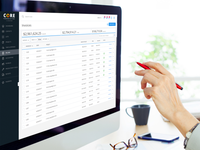 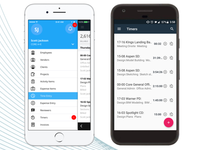 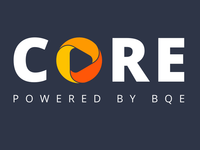 Our pricing is simple - you only pay for the features that you need.

Valuable software for billing at a law firm

Commentaires: Bill quick is a perfect solution to create invoices and be able to bill many different attorneys on different projects.

Avantages: The ability to customize many of its features is great. You can setup and keep track of time associated
with various cases, clients, projects. There are so many reports that you can run to keep track of your spending. Able to export invoices to LEDES format. Able to import time from excel spreadsheet.

Inconvénients: It takes some time to learn the software, the tech support team was great in getting me up and running. If you want additional reports they have a custom report group but their cost is a bit high to modify reports. It looks a bit complicated but actually it is easy to use.

Commentaires: Core has an amazing catalog of built-in reports. One thing we find ourselves often wishing for was a kind of “Quick List” report that would output a list of something, one item per line, single-spaced and nothing else but a clear statement of the search and filtering criteria at the top. Examples include a list of invoices overdue x days, list of current projects, list of deposits, payments, checks, every transaction ever related to a certain project, etc. These lists are handy when reviewing Core data, or bringing a quick list into a meeting, where the entries can be highlighted, color coded, and/or checked off as you go.

Avantages: I have to say it has succeeded with flying colors after being bombarded with all kinds of unusual circumstances with hundreds of our architecture projects! Well done! I'm constantly amazed how well thought-out the original approach was in Core's basic design allowing it to handle all of our client's weird situations, and we're just one of the zillions of other companies using Core who do things so differently than we do. I say this with a little authority, as well, because I wrote my first program at age 15 in 1968 and I have seen (and suffered) *everything* in all the eras of computing since. Core is badass. Every system has issues, but it's important we all stop and appreciate the unimaginable amount of work that went into making Core really effective. No one paid me to say this and I'm not getting any brownie points. I'm saying this because I know intimately what the developers have gone through to make today's Core possible. Whew!

Inconvénients: While Core has one of the best time sheet entry forms around. It would be great to have a more graphical time entry interface such as the kind iOS and Android users are familiar with when using, say, a calendar app, in which they can use a mouse or finger to draw time blocks graphically, then double-click/tap them to set the info for that block.

Great tool for the Architect's office

Commentaires: Overall, this is a good office management tool for the architect. We have used it for the past 10 years and find it invaluable in all we do in managing projects and running the business.

Avantages: The product is great for the management of a project from time and expense reports to document management. It also manages the office contacts and calendar of events for all the employees. It will give you in real time if you are making or losing money on a project. It tracks and creates invoicing for all project clients. If you use QuickBooks, it is integrated directly with that software for complete accounting management. It is a great tool for Architects in that it is formatted for what we do (tasks and phasing of projects). If you have internet connection, you can get access to this program while on the road,

Inconvénients: When opening up project file, it takes 2 or 3 clicks to open up a file, such as Word, PDF and AutoCAD. Very, Very frustrating. Many of my employees do not use is function and simply use Window file manager to open and move files. We should not have to do this. It uses Java in the background for some of its operations, and I am not a fan of Java... it is always updating. Updating of the software is somewhat difficult for the person not a computer nerd.

Commentaires: Tech support is the best I've ever experienced. Very knowledgeable and helpful. Just wish I didn't have to call them so much.

Avantages: There were a lot of interfaces to this software. It did everything we needed, but not everybody was on board with the difficult of use.

Inconvénients: It was probably way more than a company of our size needed. We are switching to Squava after just a year and a half. We felt like a beta tester of this software. Our project managers thought it was hard to use, and didn't feel our data was always accurately depicted.

What once was great, now is junk

Avantages: We started using Archioffice in 2007 in the V8 days. It was a godsend. Despite some minor glitches (it never worked with Quickbooks), the ease of use, the ability for non-computer technical staff to customize templates, and the online user guide and videos (free and easy staff training) made it perfect for a small design office. We soon transitioned all our office management and project paperwork to the system. Support was great (despite the time difference; we are in Australia). They knew their product and got us back on track with minimal stress. It was a solid product, reasonably priced, well supported, and easy to use and customiae.

Inconvénients: But then along came AO2010/2011 (a shift in technology) and the sale to BQE. The party was over. After a painful transition process to AO2011, our data was corrupted, the custom templates we had invested a lot of time setting up stopped working, Outlook sync ceased functioning, etc. The list went on and on, as did the time spent dealing with BQE support, who seemed to have no idea what this product did or how to deal with problems on the spot. They always had to refer to a senior tech somewhere else in the world. 'Wait until AO2013,' they said. 'This will be the best version yet; everything is being sorted out.' So we are trialling AO2013 (yet another shift in technology), and we are so unimpressed. There's more frustration and more time wasted on an office system that we can barely use.