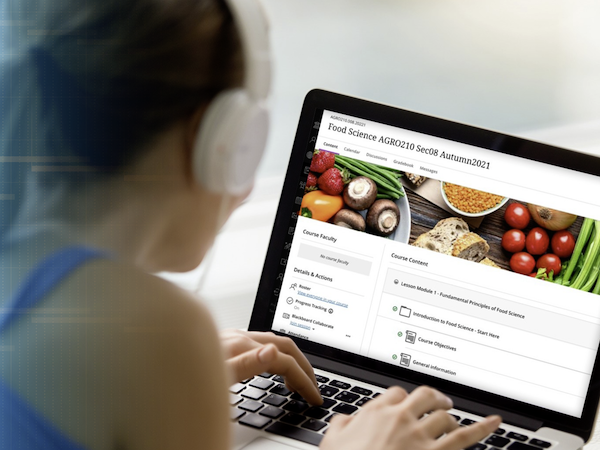 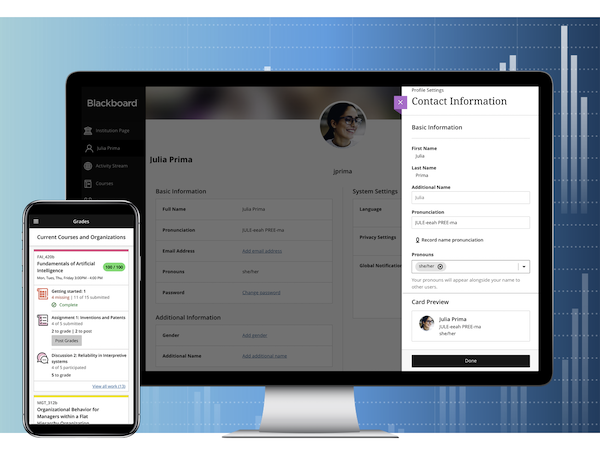 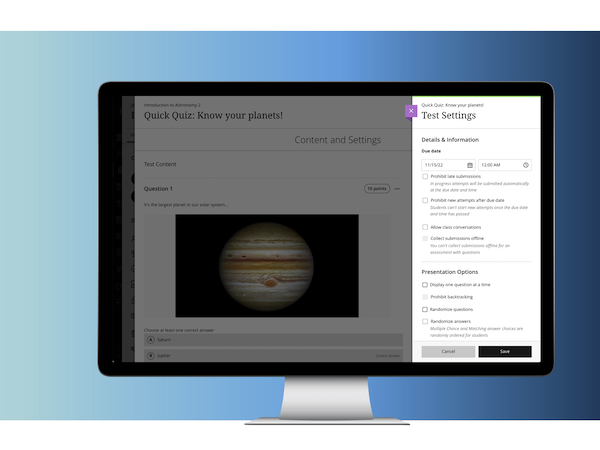 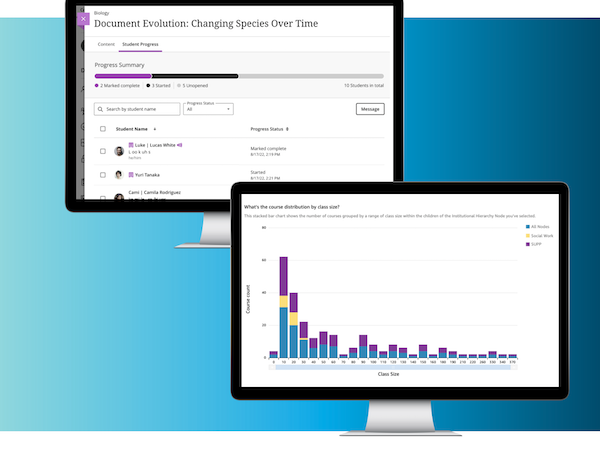 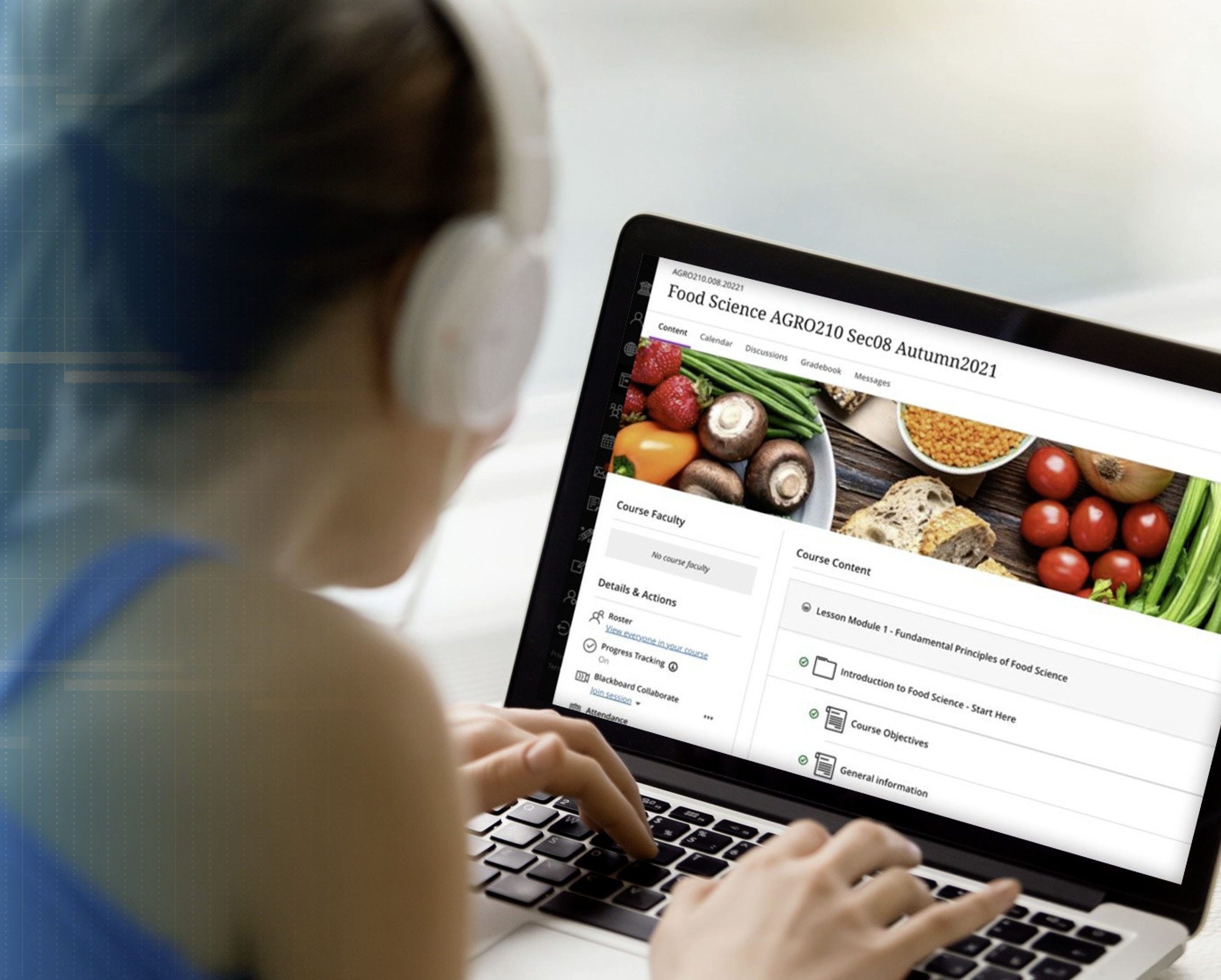 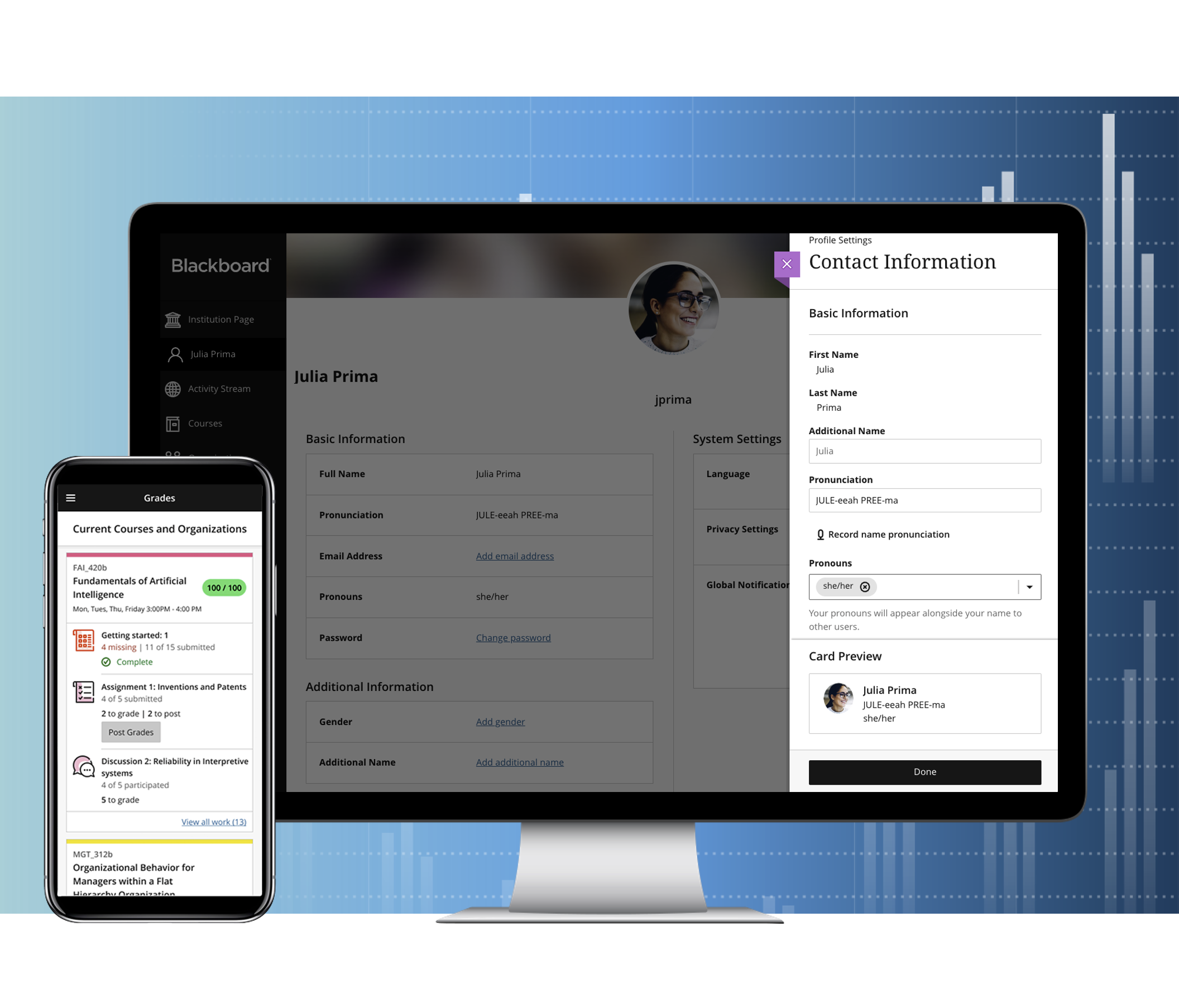 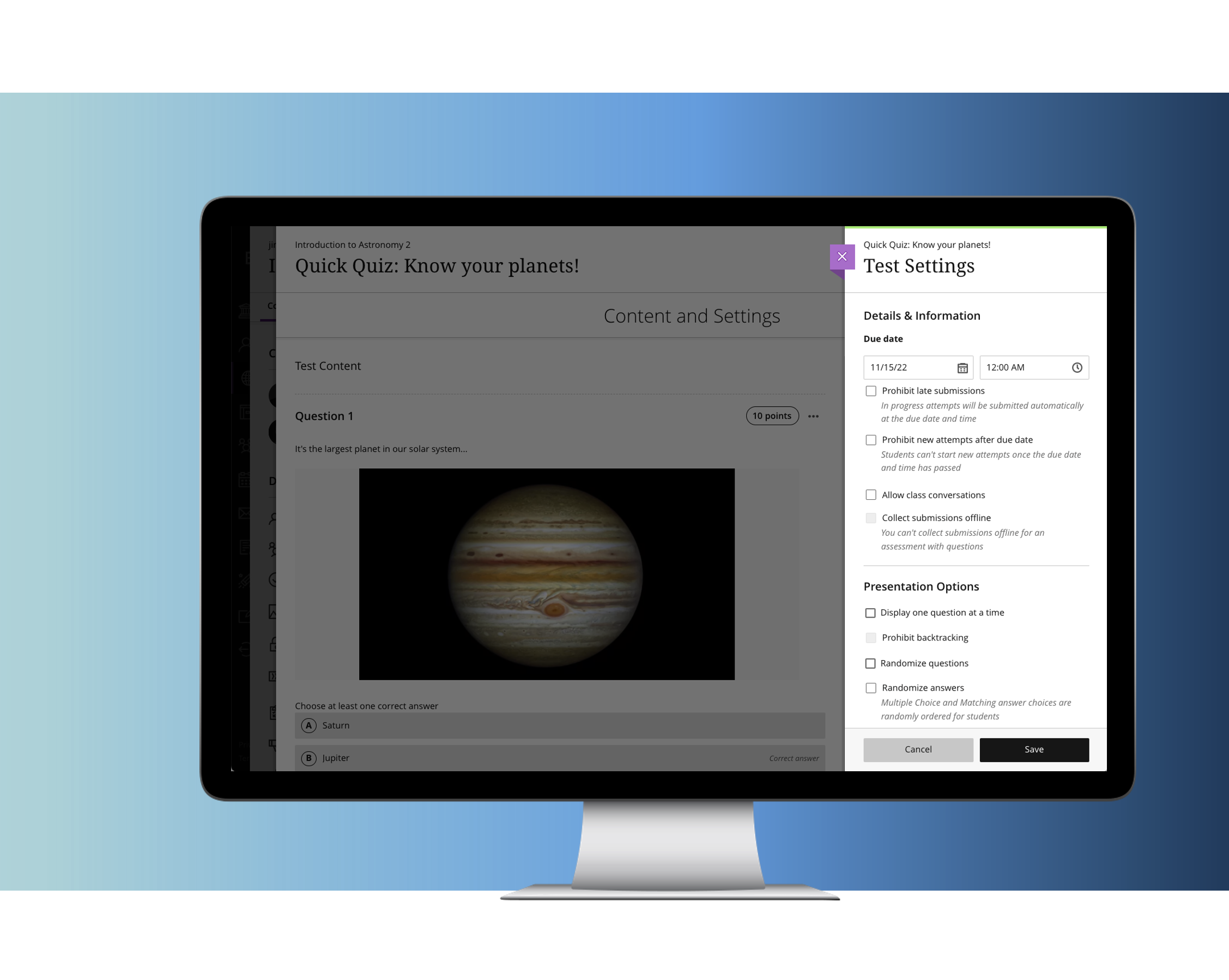 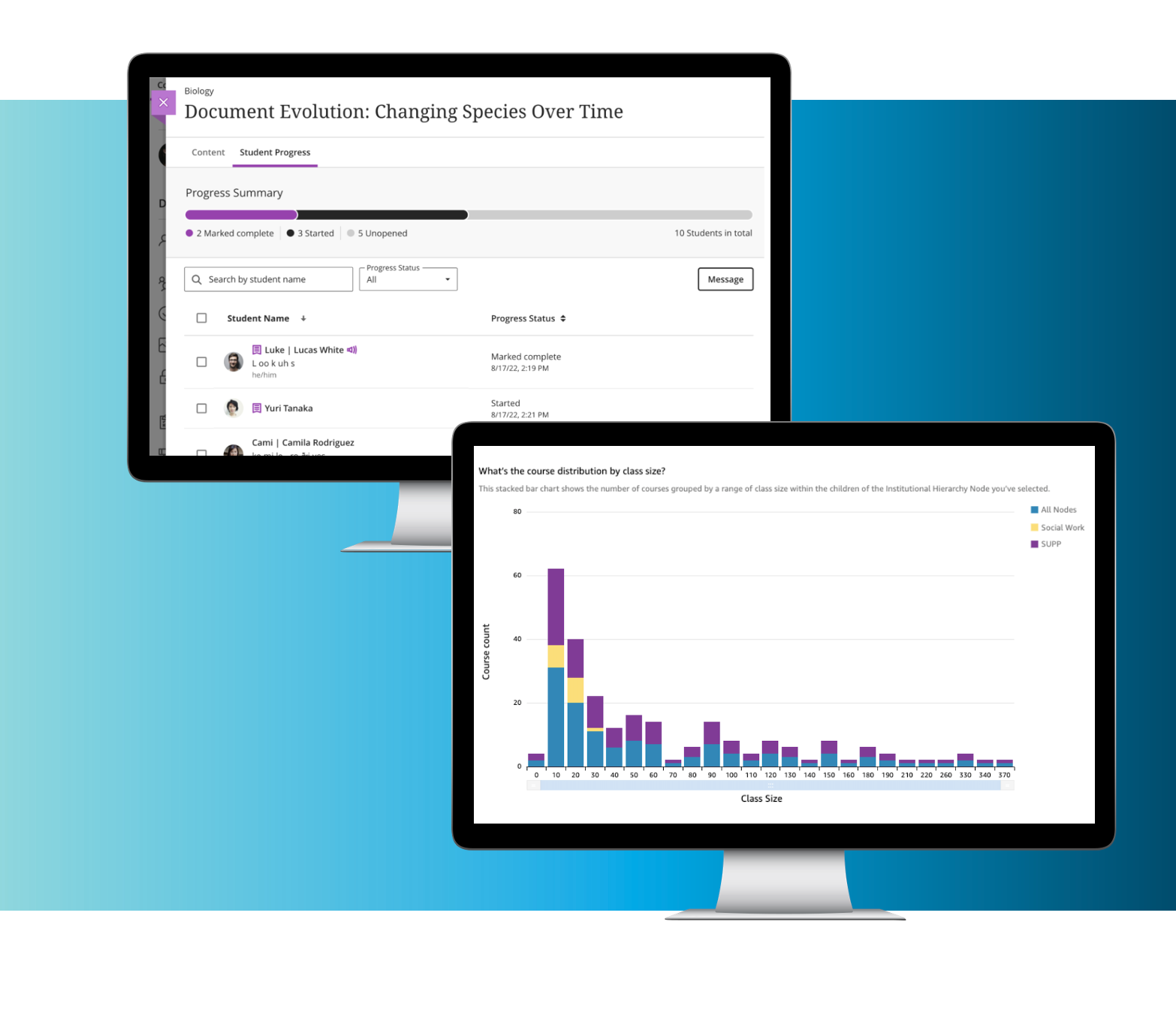 Commentaires : I had great experience with Blackboard Learn and I will continue to use it in the future. I have not found any other education software out there that can do what Blackboard Learn does.

It is easy to use and has all of the feature I need like auto grade, the ability to create quiz and text on the fly and allow the student to get involved in the discussion.

There is nothing I do not like about the software.

Blacboard Learn from a Person who is not techie

Commentaires : Improving student engagement and outcomes Streamlining course management Enhancing collaboration and communicationImproving reporting and analyticsI could elaborate but theres not enough room hereBenefitsUser-friendly interface, Blackboard Learn has a user-friendly interface that makes it easy for teachers and students to use.Customizable content The platform allows teachers to create and upload their own course content, including multimedia materials, assignments, and assessments , Real-time feedback,Blackboard Learn provides real-time feedback to students, which can help improve their learning outcomes. Analytics, Integration, Improved student engagement and outcomes

User-friendly interface: Blackboard Learn has a user-friendly interface that makes it easy for teachers and students to use.Customizable content: The platform allows teachers to create and upload their own course content, including multimedia materials, assignments, and assessments.Real-time feedback: Blackboard Learn provides real-time feedback to students, which can help improve their learning outcomes.Analytics: The platform provides detailed analytics and reporting capabilities, allowing teachers to monitor student progress and make data-driven decisions to improve their teaching.Integration: Blackboard Learn integrates with other tools and platforms, such as Google Drive, Microsoft Office 365, and more, making it easy to share and access course materials.

Cost: Blackboard Learn can be expensive for schools, especially when compared to other learning management systems.Technical issues: Some users have reported technical issues with Blackboard Learn, such as slow performance and system crashes.Limited customization options: While the platform allows for some customization, some users have reported that it is limited compared to other learning management systems.

Commentaires : Quick background, was in high tech sales and marketing for many years prior to teaching and heavily involved with custom Computer Graphics systems since Time Arts Lumena was around (predecessor to Photoshop). Check out my LinkedIn profile for more details. On to the product review -- I've been using Blackboard for *many* years, and have been teaching (and doing) Web Design and Development since 1993. I'm retiring shortly, so I can be absolutely frank and honest about my experience with this app without fear of upsetting IT folks or admins that I would have to work with in the future. Truthfully, the ONLY reason I use this app is because I have no alternative at the College where I teach and it gives the students easy access to information, but so would any LMS (Learning Management System). The UIX (User Interface Experience) is incredibly archaic and counter-intuitive. It's also painfully slow to use, as it does constant server requests (just paste the URL for a Blackboard connection into http://www.webpagetest.org/ for testing). Sometimes one single click every 15 seconds is all the system will react to when I'm using the grade book, etc. -- in the "real" world, without captive users, no one would ever return to a site with those response times. To be fair to Blackboard, part of that may (or may not) be our schools network or Blackboard interface setup. As far as usability, Blackboard needs to let the User Interface and UIX designers (if they even had any) direct the techs and coders. It's *very* obvious that it's been the reverse, . They should 'steal' some Apple UIX people and give them some *real* power to direct how the app works and what it looks like. I've just finished using Blackboard for 3 hours+ doing things that should have taken 1 hour or less had the interface been optimized and more thought out. For example, under the 'Assignments' and 'Course Documents' sections there is no easy way to reorder or batch select using something basic like check boxes or a multi-select hot keys. Also, any NEW assignment or document post goes to the BOTTOM (the absolute reverse of a Blog post) So I need to drag it back to the top (where it logically should go). However, even that is awkward, since when I drag to the top of the browser the window does not auto-scroll. I have to hold the left mouse button at the same time as I use my middle finger to roll the mouse wheel -- duh!!. There IS a small text window pop-up accessed via an archaic icon to reorder posts, however, that shows only 5 assignment titles at a time (no window resize function to show more than 5). I can reorder them there, but need to do a single mouse click each time it moves up one position, but again, with no way to see more than 5 and no way to multi-select. So, if I have 50 course documents and want to shift 5 new documents to the top (where they belong) that's almost 250 mouse clicks to re-position 5 documents to where they should be in the first place - duh!! In Gradebook it only shows 10 students listed by default. I can change the setting up to 50 but the next time I go back it's back or need to refresh something -- it's back to 10. It doesn't save defaults or give me a choice. This may seem to be nit-picking, but over the period of a 14 week semester that's a lot of wasted time time and clicks. I'm going to end my review here as I have more work to do, but when I saw a 4 star review for this LMS being the solo review I had to balance it out. Bottom line is, the concept is good -- many, many modules/tools in a LMS bundled package but the execution is absolutely awful. Just Google search 'Blackboard sucks' or 'I hate Blackboard' if you want real faculty and user opinions sans any marketing spin. Other telltale signs are when a company start to lose long-term clients. Ryerson University in Toronto just did a switch from Blackboard after "a multi-year consultation process". More on that process is here http://lms.blog.ryerson.ca/ Hopefully that last paragraph doesn't get censored, because that's the source of raw truth.

1. it's an LMS and something is better than nothing. 2. It's full of examples I can show my students on how not to do UI and UIX 3. Well established company is behind it 4. Modular front-end 5. Many bells and whistles

1. Counter intuitive, clunky, awkard UI (User Interface) - improve it by hiring UI/UIX experts and giving them actual control over the app interface and functions. 2. Slow (even when on the same network node or high speed cable connection) - needs a code rewrite/optimization. 3. Ancient aesthetics (although some design elements are now "flat design-ish") - hire UI and UIX designers and actually allow them to direct the final interface. 4. Many glitches (I've a folder full of screen-shots, if you want proof) - again a code rewrite needed, or ideally a complete start-over with newer code philosophies and methods.

Reliable where it counts

Blackboard is a rather intuitive learning platform, packed with a huge amount of features. If you need it for your school, it can be done. There were also a number of training materials and good customer support. It's reliable, which means students and instructors will know when to expect outages and prepare accordingly.

The UI, until recently, was a bit stale and outdated in appearance. Thankfully this has been updated and seems more modernistic now. It is also a bit more expensive than alternatives.

Commentaires : My overall experience with Blackboard has been good overall. Although it has not been very easy to use, it still offers great features for instructors and students.

Blackboard Learn is a great platform both for offline and online learning. It has a lot of nice features and allows instructors to structure their courses in an organized manner. Online tests are also a great feature that allow students to take tests at their own time. Blackboard Learn has also an automatic grading system to evaluate the student's work.

Although Blackboard Learn has a lot of important features, it is not very user-friendly in the edit mode for instructors, and is very hard to use, especially for beginners. In addition, browsing student submissions is not very streamlined as opening a link in a new tab will not actually open the selected item but take you to the home page.