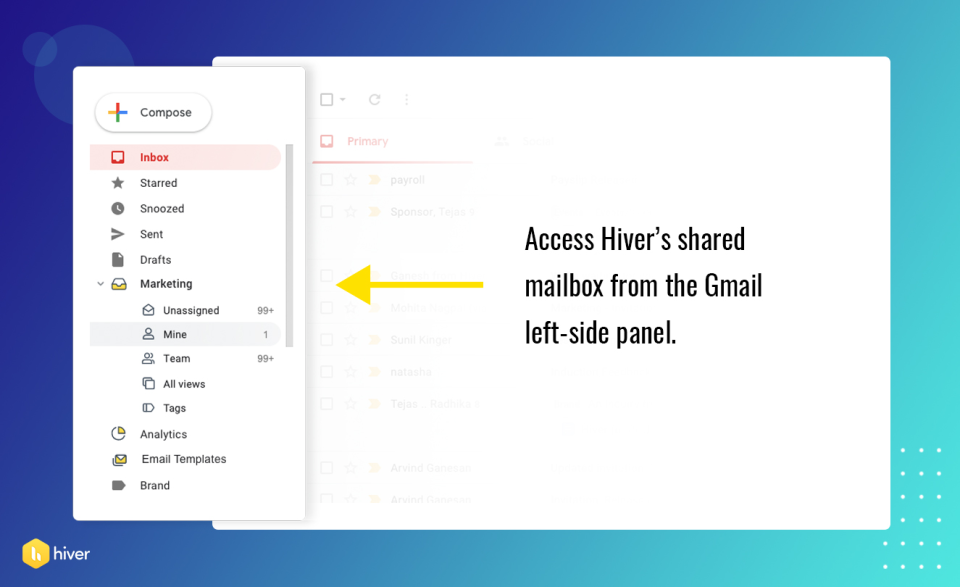 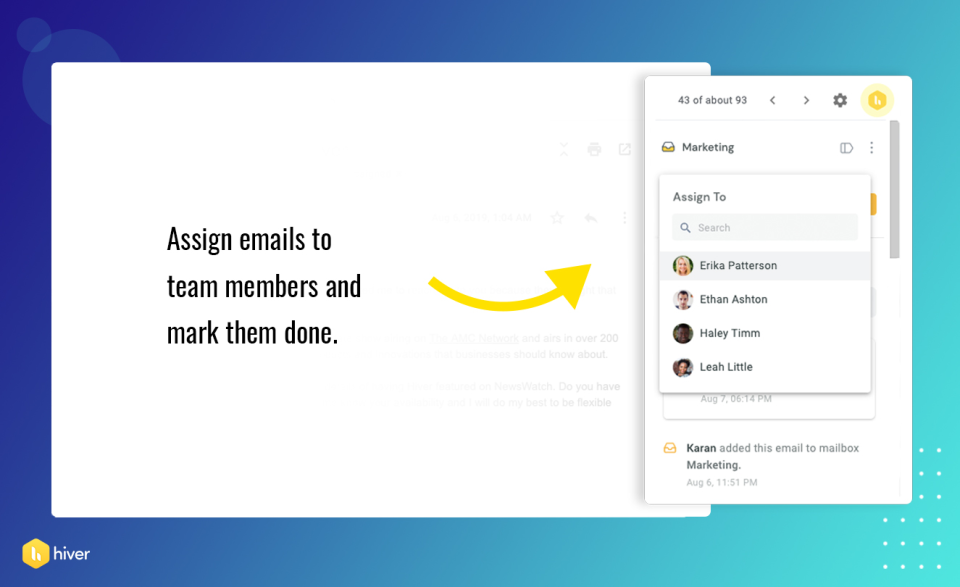 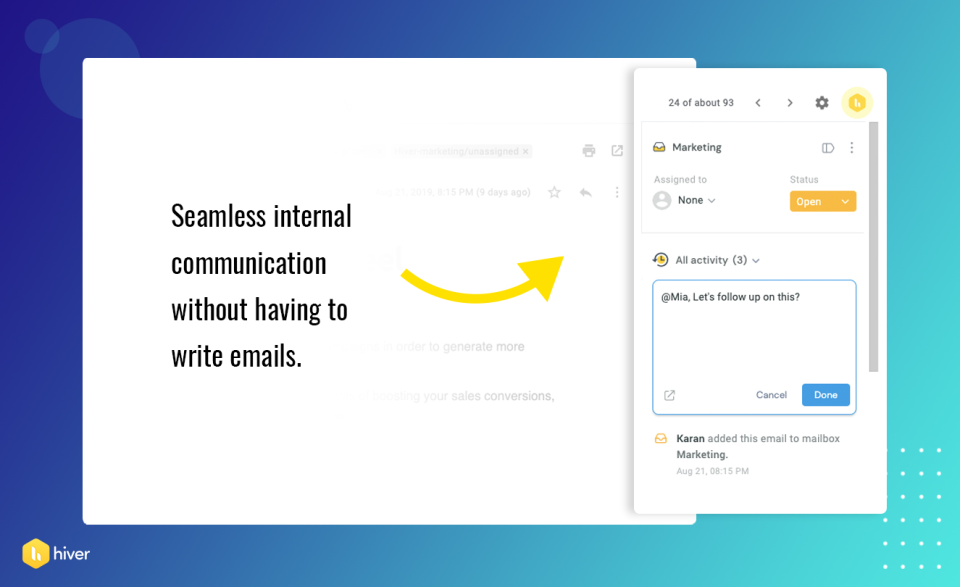 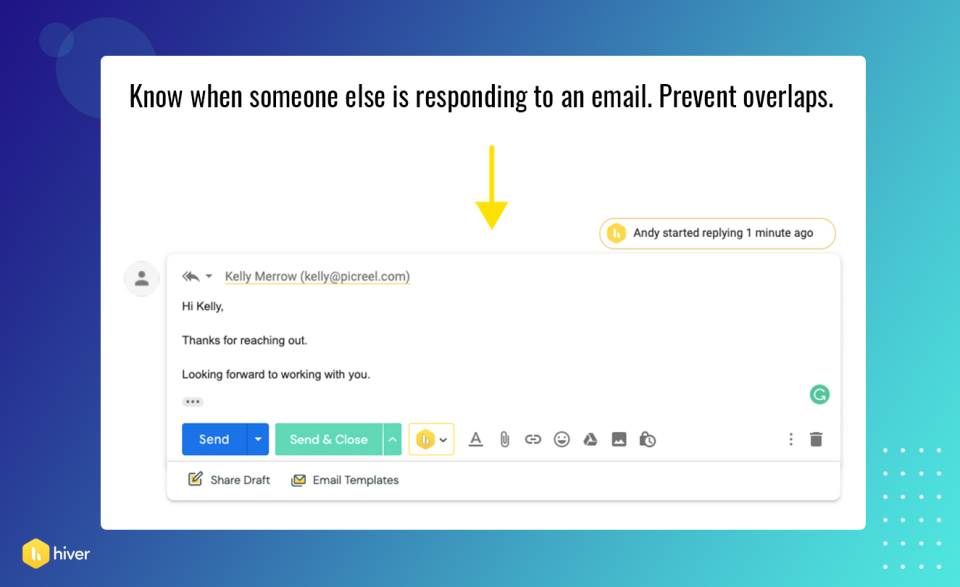 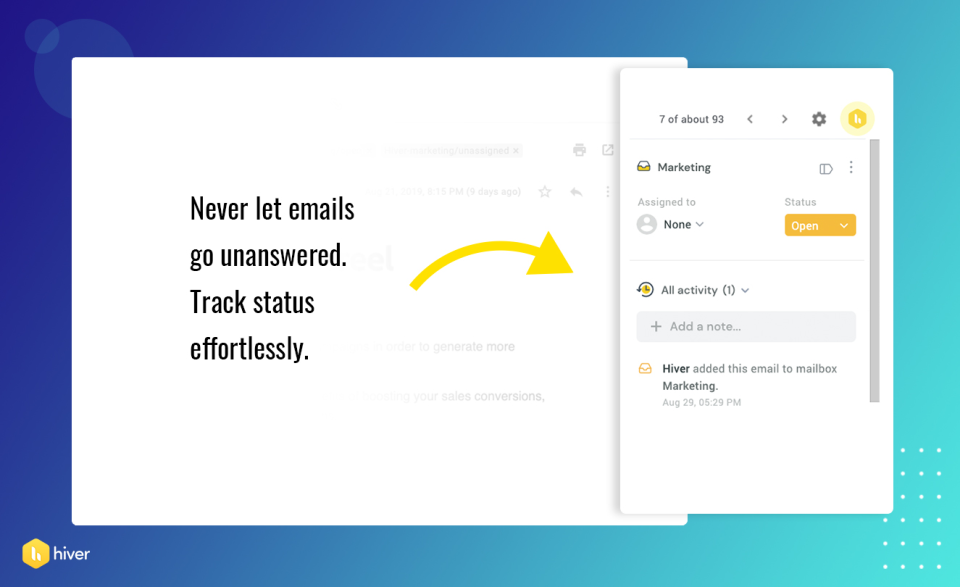 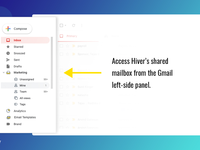 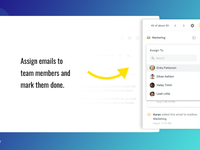 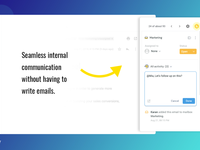 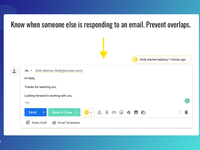 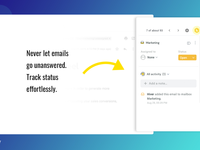 "Hiver has been a game changer our account management team!"

Avantages: Hiver has made it so much easier for our client-facing teams to collaborate with each other and better serve all of our clients' needs. Everybody can see all the emails coming in, leave internal notes for each other, mark emails as pending/closed, use templates...the list goes on. It's been a huge game changer!

Inconvénients: I wish we could use Hiver for even more. Everything about it is great, including amazing customer service, and so now I want to get rid of our other software/integration app providers and just use Hiver exclusively.

"Managing a team was never easier!"

Avantages: This add will make teamwork 100% easier and more efficient. I can start by saying that the fact that it will sort every upcoming email to the person in charge is amazing, not only because it will help to have a more organized shared box, but it will also let us supervise the email flow from our colleagues and give them a hand whenever they need or are out for vacation. On the other hand, having the option to leave comments on the memo field, will also help us to remind important information or simply inform our colleagues about something. Last but not least, Hiver gives us the opportunity to work with shared mailboxes and prioritize whatever is important for the team and allows us to "Close" every task that no longer needs our attention.

Inconvénients: It was hard for me to find a con for this tool as it offers all the essential features that I need to sort my emails
and supervise the email flow for our team. However, I found probably a glitch when emails that are on "pending" status are not automatically opened whenever they get a reply.

"Awful experience!!! After integrating this tool, my clients stopped receiving my emails."

Commentaires: None. Hiver completely derailed our operations at a period of peak media coverage.

Avantages: Hiver features initially seemed great. I was eager to make use of their promised benefits. Unfortunately, Hiver completely halted our operations for over a week and lost us a great deal of business. Throughout it all, their team was unapologetic and dismissive of the role that Hiver had in derailing our email communications with clients. Rather than seeing this as an opportunity to resolve and repair clear technical defects, they blatanly blew off our repeated requests for support.

Inconvénients: I tested out many collaborative email tools before deciding to go with Hiver. I was impressed by the intuitive design, canned response functionality and mobile app. Unfortunately, several days after installing the tool, we began to suspect that our clients were not receiving our emails consistently. I reached out to Hiver several times over the course of a few days and received no response. This lapse in email functionality coincided with some significant and favorable press coverage - our site traffic was nearly double what it normally was - and yet we went for 10 entire days without a single new client at a time when we would normally have 10-15 new clients typically. I tried for an entire week to engage help from the Hiver team. They insisted - and continue to insist- that their tool does not impact email sending functionality. I would beg to differ. As soon as I uninstalled Hiver, my communications with clients returned to normal. On a final note, to top this off, my team and I are 3 women. When we called Hiver's India-based support team, they were loudy making obvious, derogotary remarks about our being female and unable to understand their tool - calling us 'Dumb Blondes'. Highly inept and unprofessional team. Also worst nightmare for a growing startup!

Commentaires: It has helped our communication in all departments, Quicker responses from clients via email and keeps us on track and collects data as well through out the day.

Avantages: I Like how organized it is, the features are nothing compared to other softwares we have used at work.
I can assign myself to the email and close it when it is taken care of. The notification on the top right corner are very helpful, it keeps all of us informed.

Inconvénients: In the beginning when using this software there was a few minor glitches as in emails appearing again and again automatically. I'm glad that was solved.

"Hiver Is A Must For High Volume Inboxes "

Avantages: Hiver is great for my team as we have several high volume inboxes. Prior to Hiver our teams would all log into a separate inbox and choose pages to work from which became increasingly less efficient. Hiver has changed this by adding all our inboxes in one place. The ability to assign emails and collision detection has also greatly reduced instances of double up on work as well. The collaboration tools are great with the ability to leave notes and @ mention other users as in the past we would be creating drafts in the emails to leave notes. It also provides the ability for automation which allows us to prioritize specific items

Inconvénients: It would be nice to have the ability to sort emails from oldest to newest Analytics can be a little hard to follow at times, though they do allow you to export the raw data and extrapolate from there