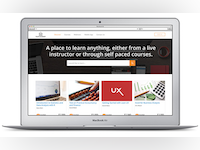 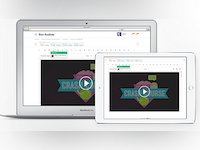 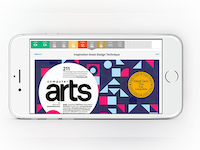 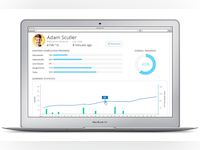 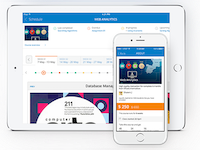 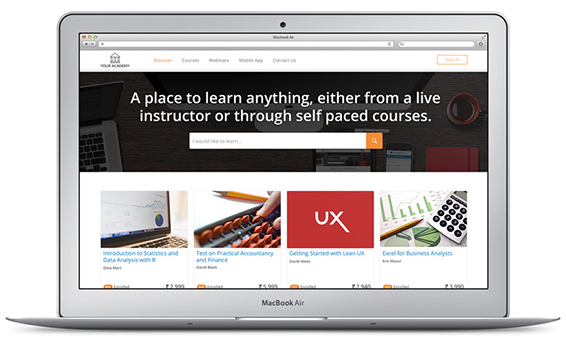 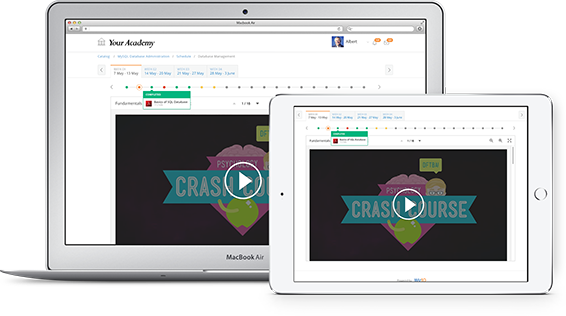 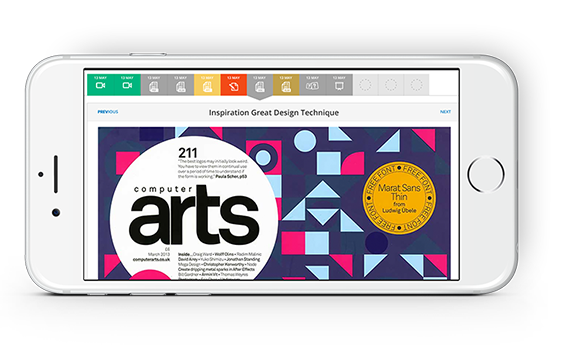 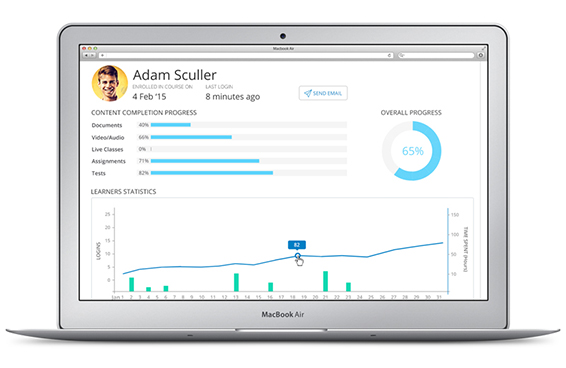 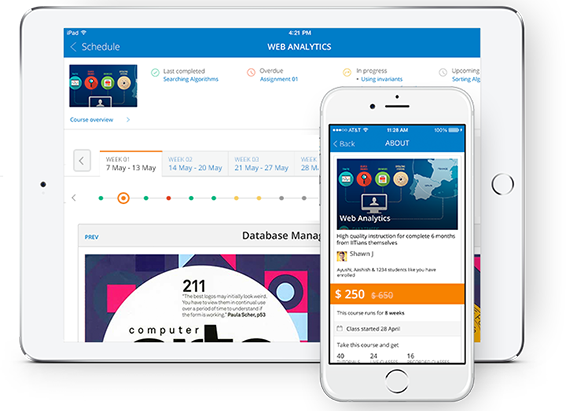 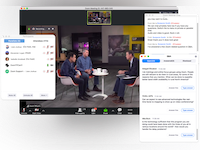 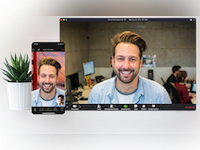 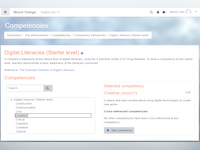 Commentaires : I signed up with WizIQ for launching my signature and copyrighted courses for teacher training and have taken the Online Academy option. The initial set up was a little challenging as it had to be done all by myself after a brief orientation on signing up. The self exploration was good but should be supported to smoothen the on-boarding process. Besides, if my launch is well structures and efficient then I can help others on my online academy. I am an education consultant based at Bangalore, India and serve the K12 and Higher education segments for curriculum design and management, training faculty and guiding institutions for launching online learning services for their students with our help. Yes, WizIQ is a quick and easy solution that we use to implement our services.

My use of Online Academy facility is solely for the purpose of launching my own programs in the market and it should appear as my course on my platform. The process is quick and simple structure is helpful. Even though one would like to have more features, what WizIQ has now is good enough. I think the overall concept and model is very good and useful for online teaching and virtual classes. The assessment and feedback tool is very good. Chat and Virtual Class service is also quite good but people keep comparing with Skype.

However, I want my identity and not to be seen as a piggy back on WizIQ, that somehow undermines my efforts in front of my clients. The course launch facility must be supported from remote/guided, if required by the client or users like us. Our faculty is widespread and hence they have to access my online academy for use and teach in collaboration with me on my online academy. I think, the online academy licencee/user is a notch above the online teacher who is solo on the site/service. I would like to have better pricing than the present $83/month for online academy with 25 learners. That is a big price to pay /charge learners in India which works out to about INR 2500.00 per month per learner approximately. This means independent course providers must charge 2 or 3 times more plus taxes to make reasonable income. Now if we are Online Academy service providers, we share courses with other partners and need margins to operate and share, this is a challenge for now, unless we have large numbers of learners to sign on instantly. I am sure WizIQ will price the service at a more friendly level and earn on volumes acquired by us. There are some design restrictions that prevent flexible curriculum design and easy usage by Math and Science function users. The flash based interface is also a little challenge which should be working n HTML or anything better. Corruption of flash players now and then is a recurring problem and Indian users / learners in rural settings are not very comfortable with all this. It should be as easy as browsing the net. Reports should be flexible and the tool should allow a bit of choice to create and add fields especially on a Windows and MySQL, this should be easy as seen with several educational ERP service providers. Database services on the LMS seems quite limited.

Used to be good

Commentaires : They used to be really good during the first year of our subscription, later-on we started experiencing server errors and their support team were nearly unresponsive and unable to solve the issues. We had to quickly look for alternative LMS solutions.
I can't complain about the video quality, but there are essential LMS features missing which they need to add including (Tracking, reports, live session standard features, certificates generation, evaluations, etc.)

1- The quality of the recorded videos is excellent. 2- Easy integration with WordPress, and update plugins are frequently available. 3- 99%+ up-time, which guaranteed a reliable service. 4- Live sessions are automatically recorded, with an unlimited space.

1- Not a complete LMS (Lacks essential features such as exams, certificates, learning paths, evaluations, etc.) 2- VERY poor customer service (Would reply after weeks and won't provide a resolution) 3- The price is really high compared to complete LMS solutions such as Moodle. 4- The web-conference service provided lacks essential features such as multiple whiteboards, collaboration, etc. 5- The size of recorded videos published for the live videos are HUGE, 300 MBs to 1 GBs! Which made it difficult to migrate/download the records later.

Horrible custome support! Fast to sell. They charge my credit card twice without my authorization

Commentaires : the possibilty to be integrated with Moodle

A useful tool with some in the videos. I use it integrating with moodle. At the beginning, the integration was not possible but now this has changed

Wiziq is very fast to sell but later they disappear. In two different opportunities, they charge my credit card without my authorization. In the second time, it was during the process of renewing the subscription. We arrange one special fee with the Wiziq representative and inform not to charge the total amount. Unbelievable, but they charge me both, the total amount and one of the installments at the same time. None of wiziq accept responsibility for this; all that they want was to have the money and their "offer" was to extend my subscription. At the end, I must go to my bank to cancel one of the payments. Our classes are from March to December, then I proposed them to move my subscription from March to December (instead of from November to May) and they didn´t accept it. All they want is money, money, money. Now is the time of renewal of my subscription and of course I have received three calls from Wiziq representative. When they learn the problem they disappear again.

Hi Jorge, We deeply apologize for all the troubles you faced. This might have happened because ours is a subscription-based service and sometimes, the payments are made automatically when the renewal is due. But this is no reason to make you feel frustrated. We have already forwarded it to the concerned executive. He'll get in touch with you shortly with a suitable resolution. Thank you. Shivani - Team WizIQ

Been working with them for over 13 years. 100% satisfaction entire time. Great team and products

Commentaires : Great software and easy to use

We at studentnest.com have used this product since inception. Below are some "pros": 1. The software feels familiar and easy in the first go. 2. Students are able to attend live sessions from phones, WizIQ mobile app is highly customizable which we didn't find with other LMSes. We have conducted over 2 million hours over the years with great results. 3. Tons of customization to the themes, colors, logo, notifications. 4. The overall LMS is well integrated and has almost everything anyone would need for online education. 5. Customer support is very proactive. The limited use we have needed has been very helpful.

Not much to say. However, Switching LMS applications is difficult for any business, therefore as a satisfied user I hope they keep up with the product roadmap and deliver more features and improve the existing ones.

WizIQ is My Choice

Commentaires : I''m an education leadership and technology consultant, instructor at Atlantic University, and community builder. I currently provide teacher training and professional development for educators worldwide using Moodle LMS and WizIQ. I had been teaching English as a foreign language for over 30 years when I started looking for an online synchronous environment to complement my face-to-face classes. I learned about WizIQ virtual class (VC) in 2007. I found WizIQ a welcome change after using other VCs. I use WizIQ's for webinars, online conferences, and MOOCs in blended and fully online programs.

The CEO, developers, support, and sales team at WizIQ listen. There is no hierarchy when it comes to catering to educators and students. The team at WizIQ are always ready to listen and implement suggestions. The VC is easy to use and very engaging.

Thank you so much for your feedback, Nellie. Your words of encouragement mean a lot to us. We have made a note of your suggestions and will make sure that efforts are put into making things better.