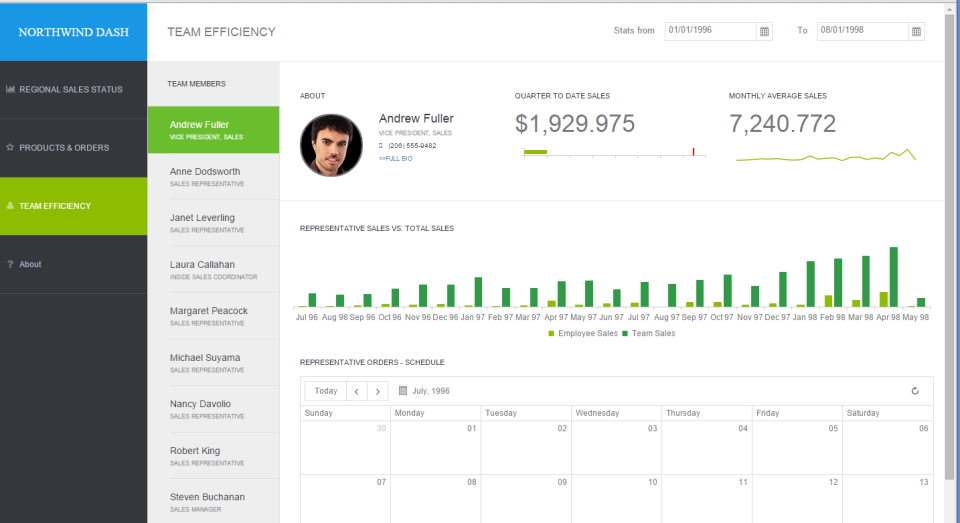 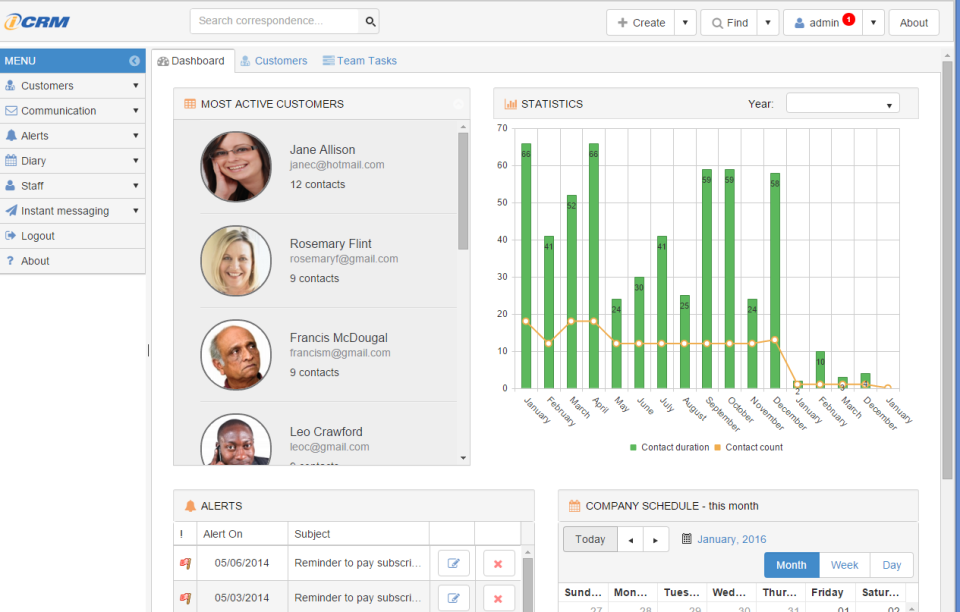 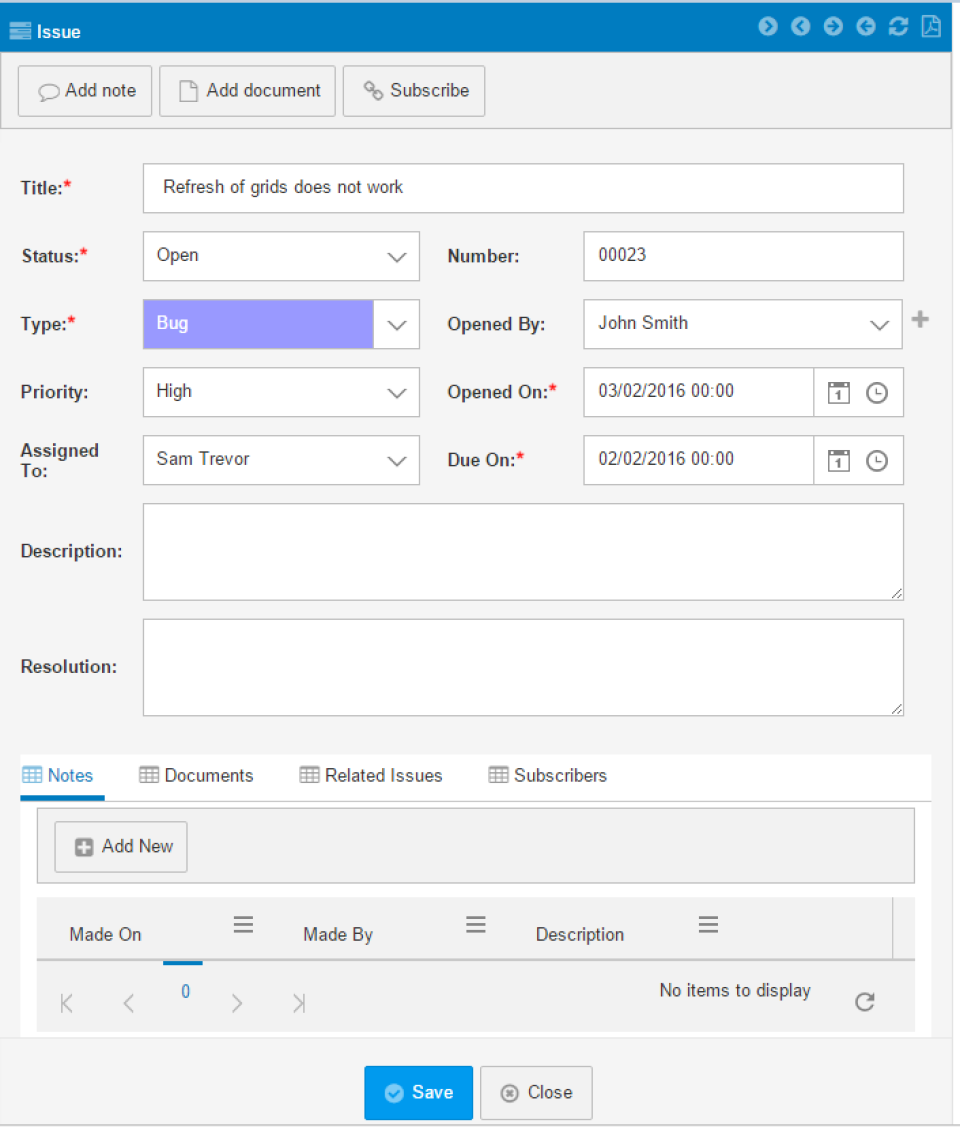 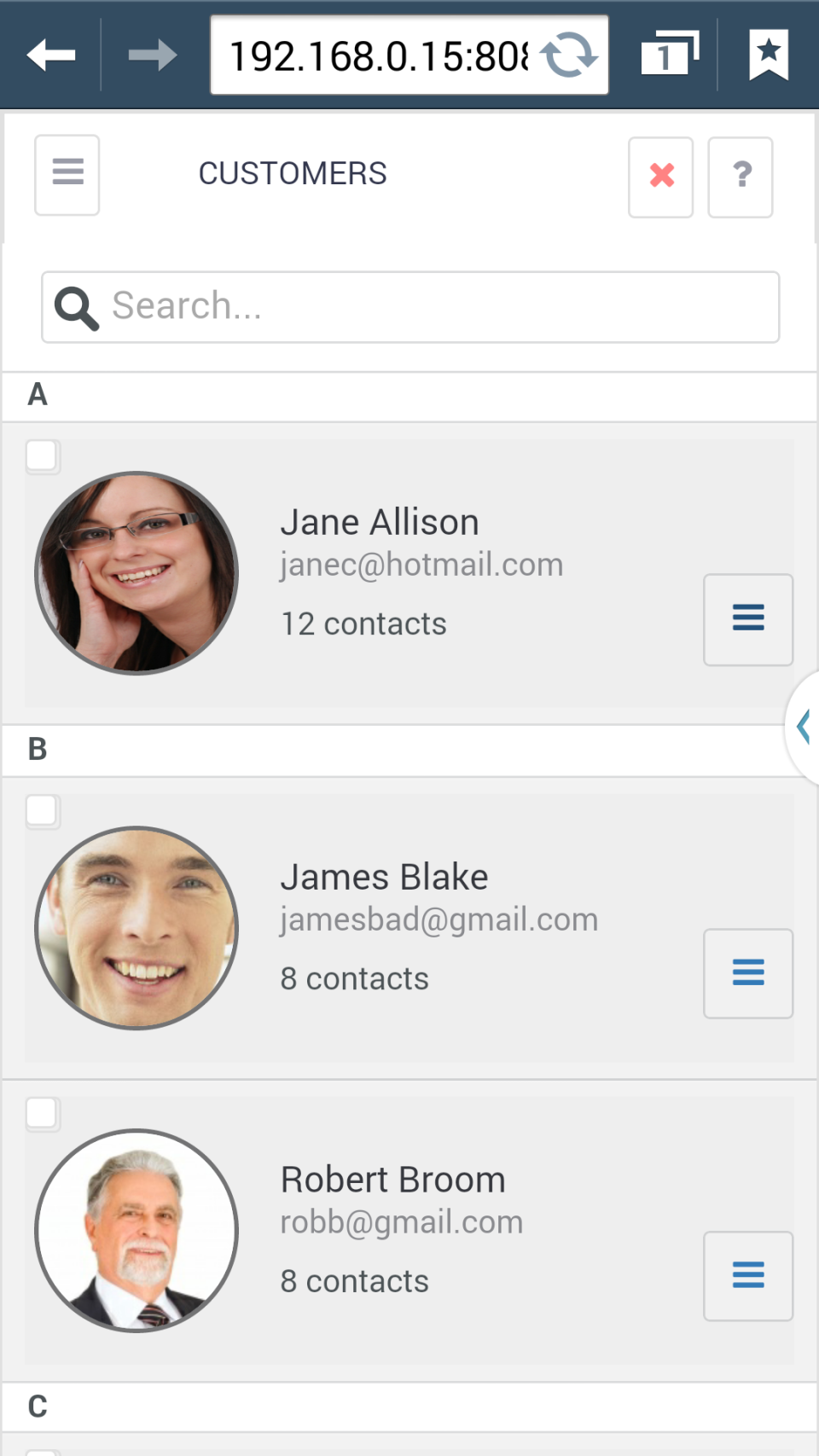 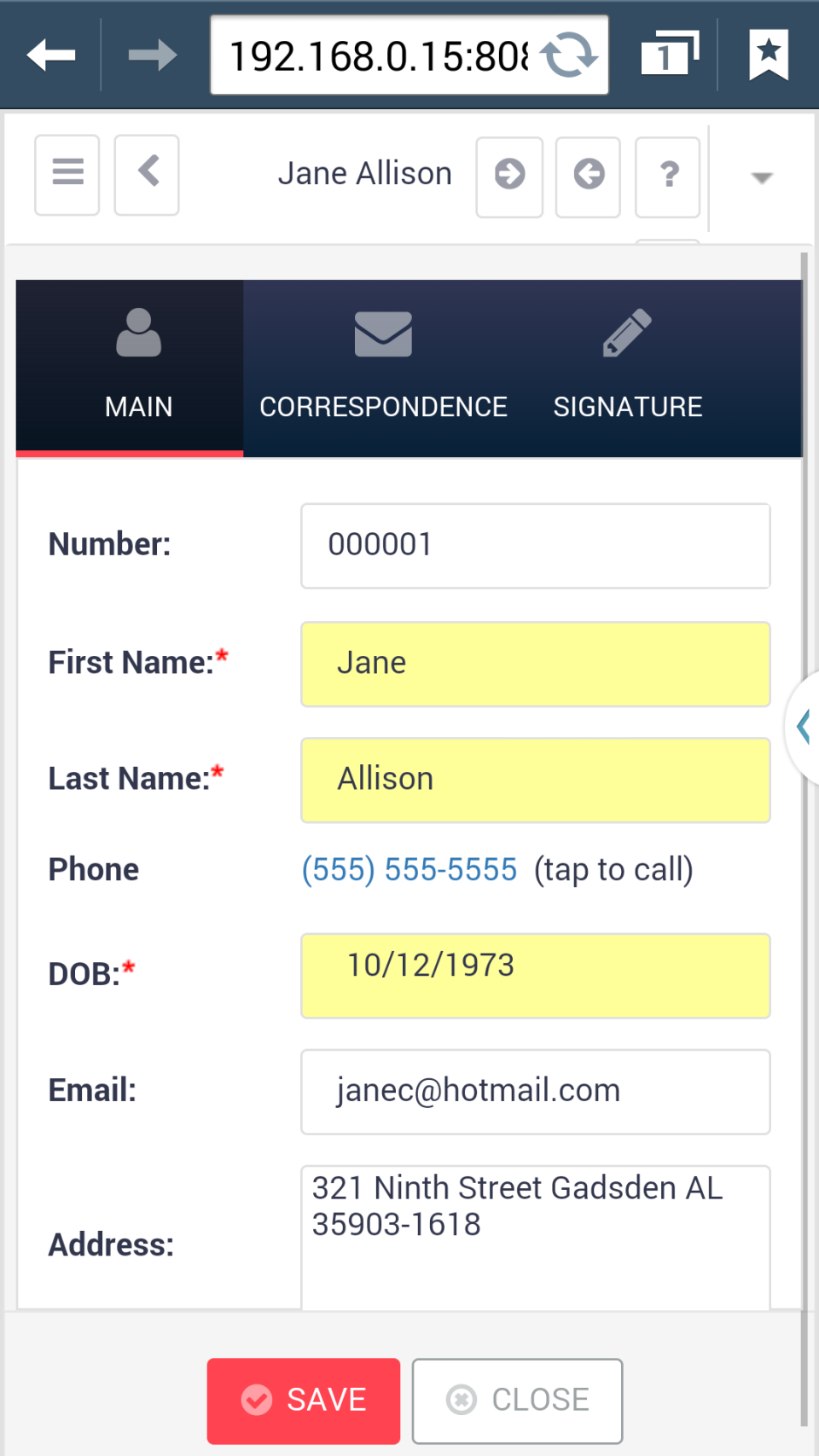 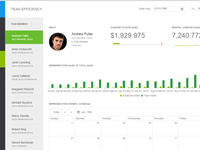 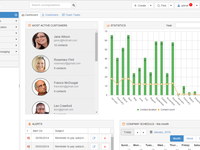 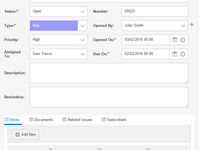 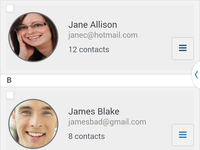 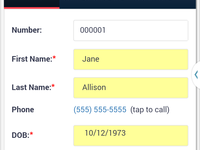 We can develop web, mobile, Saas applications in a fraction of time of conventional tools.

Commentaires: Usually, development takes a long time. With AwareIM we are knocking out products so quickly our marketing team can't keep up. Also if someone comes to us with an idea, they are shocked to see a working prototype in a couple of days.

Avantages: AwareIM is fully integrated with database, logic, security, web, mobile, and desktop. Coming for a 4GL C/S tool, it took 5 years of looking at other products to find a similar tool for web development until I found AwareIM. Every other product when it came to logic, it required coding in javascript, etc. AwareIM uses English like statements, has built in security, handles or the database automatically including any DB changes. The speed of development is unmatched. We can prototype a working a full app, in a couple of days. The ability to use the same logic but have different screens for different types of users makes development for mobile, tablets a breeze. There is no tool that can compare to this if you want speed of development, ease of mainteance, built in security; basically everything in one package. It's very rare that when working in a system that you marvel at the genius of it. You will with AwareIm.

Inconvénients: Everything that we requested, mainly mobile, and adding PhoneGap has been added. The only thing we would prefer is if AwareIM had an online activation server. If we want to move our C/S application using PSQL we can click deactivate and it will then allow us to activate on another system. With AIM it requires a written request and although it has never been an issue, there may be times in the evening, weekends we may want to move to a different server. In defense of that, AwareIM will work for 30 days. We just prefer the ability to activate and deactivate on our own.

AwareIM has allowed me to produce powerful systems in a fraction of the time.

Commentaires: AwareIM allows me to build systems beyond what I could have ever imagined .. especially when compared to the small amount of time I have to invest to achieve those results.

Avantages: 1- Excellent support - A developer that actually listens & responds DIRECTLY to customers and their needs s very rare today. The AwareIM support team does just that. Over my 10 year ownership of this powerful tool, I've experienced a dramatic evolution of the product because they listened to the needs of their user base & added new features accordingly year after year. 2- Leverage - AwareIM allows me to build powerful systems without the need to stay current in Java, HTML, SQL queries, Kendo framework, etc .... it handles all that coding auto-magically. As a result, I can spend my time focusing on building systems that focus on the needs of the end user rather than spending my time keeping up on all of the latest technical aspects of the underlying technology. 3- Engaged developers worldwide - Over the years, I have had direct communication with AwareIM developers from all over the world ... Australia, Canada Australia, South Africa, India, UK, Germany, and various places in the United States to name a few. Once a developer dives in to understand the AwareIM rules-based paradigm, I find they are very willing to help each other solve problems both through the AwareIM online forums, phone calls, private messages, or online video chats. Receiving help from others at crucial times over the past 10 years has been invaluable to me. Summary: As you can tell, I am a huge AwareIM fan. I could keep going if there was not a character limit in the "Pros" section.

Inconvénients: This sounds trite, but my biggest con is that I can't allocate more of my time to using AwareIM to build more systems.

AwareIM is an advanced next gen RAD tool. You think about an app in morning & its up by evening.

Commentaires: We can develop enterprise apps rapidly with workflows, UI and database with no dependency on technical experts.

Avantages: AwareIM is a very powerful rapid application development tool. Technically, its based on Java platform which gives it more reliability, security and robustness. You can use most of the databases with it i.e. MySQL/MSSQL/Oracle and Derby. So far, we have developed 19 Enterprise Apps on AwareIM with an average user count of 1600 which are live in Production. Application development time gets reduced by 70% in comparison to conventional software development. It provides almost all the features which an application requires i.e. Email/Gantt Chart/ Reports/ Online doc,excel edit using Zoho and Office 365/ CSV downloads for data and much more. Along with web desktop app, you can instantly have mobile friendly app as well which works on browser or you can create an installer using Phonegap. It has so much in one package and price is very reasonable. You need not be a technical expert to develop an app using AwareIM. Eventually, its a "No Code" platform which enables almost everyone to develop a software application. However, if you are a tech geek, you can add more flavors with your skills and can achieve almost everything which is not a native offering from AwareIM. Through custom HTML/CSS and Java code, you can enhance its capabilities. My 100 out of 100 to this product.
Support is quick and AwareIM's forum helps a lot in case of questions/issues.

Inconvénients: It has a closed community as of now with very less experts and developers which makes it sometime difficult to overcome with a technical issue. Only one developer can work on one app (bsv) at one time so increasing manpower to meet timelines in case of critical deliveries does not work well here. Rest all is good. Very happy and satisfied to use the product.

Ease to use, and good value tool.

Avantages: The tool has quite a lot of features, it also one of the cheapest on the market. UI produced is elegant and customizable.

Inconvénients: The new IDE needs work, some of the features are hidden in the menus. It also needs work on security aspects.

Commentaires: I doubt there is a RAD tool available today which is as 'rapid' in developing apps as is AwareIM AND which can develop as sophisticated apps as can AwareIM. A good way to convey the concept of application development in the context of AwareIM is the following analogy: 1. the UI components/controls in an application are like musical instruments 2. the code which is already built/inherent in components which directly contols/manipulates their behavior or appearance when a property setting is changed or method is invoked by script you write, is like members of an orchestra who play the instruments eg. if during runtime application script changes the visible property of a component to false, the component disappears.
you didn't write the script to make it disappear. the component already has script inbuilt to make it disappear when the script of your application changed the visible property. this inbuilt script is like band members of an orchestra who are directly playing the instruments 3. the script (Javascript, C++, etc.) you would ordinarily write to develop an application (ie. string the components together such they interface/interact with each other and behave in a certain way as to create a working application) is like the conductor of the orchestra who conducts the members of the orchestra to play their instruments in such a way that the outcome is a harmonious symphony Aware is like the conductor, and it makes you the 'conductor of the conductor'. Conductor of the Conductor: YOU simply enable (or not) settings which effectively instruct (conduct) the conductor how to conduct the members of the orchestra so as to play your symphony (application). No Coding required. Conductor: Aware understands/speaks the language (Java/JS) of members of the orchestra and thus how to conduct them. It translates your instructions (communicated to it via settings you enabled (or not)) into the language members of the orchestra understand and conducts them accordingly. In summary: You Configure not Code your application. The data model structure/way in which Aware handles data relationships (parent-child) is excellent. There's no frigging around creating database tables, defining their fields, field types, etc., and then having to go back and add fields to forms and views, or change their names/bindings, etc. Basically, you don't have to do anything hands-on 'database table' related.

Avantages: You work with objects, not tables. When U create an object and define its attributes, Aware creates a database table accordingly with each attribute of the object being a field in the table. You then create different forms/layouts for each object, including or excluding attributes as required subject to the scenario in which the form will be used. Add, modify or delete an attribute of an object and Aware automatically makes the necessary changes to the structure of its database table. To create a Parent-Child (Master-Detail) relationship you do not have to get embroiled in join statements or defining key fields, or making sure the child database table has a field for, and child records contain a value in that field which is, the identifier of the parent, etc., so the two tables can later be joined togther by you when you write sql statements all throughout your applications. INSTEAD, for the object which is to be the parent you simply add an attribute and select the type of that attribute as being the object that you want to be its child. Then you tick a checkbox to indicate whether multiple instances of that attribute are allowed (think order line items) and another setting to indicate whether the parent object exclusively owns the object represented by the attribute, and you're done. Thereafter, behind the scenes Aware maintains the relationship you defined between the objects via creating the attribute and selecting and ticking settings.

Inconvénients: Could do with a drag and drop WYSIWYG form designer which would speed up development further.
The runtime UI behavior of a couple of components/controls is slightly 'irregular', though not an impediment.