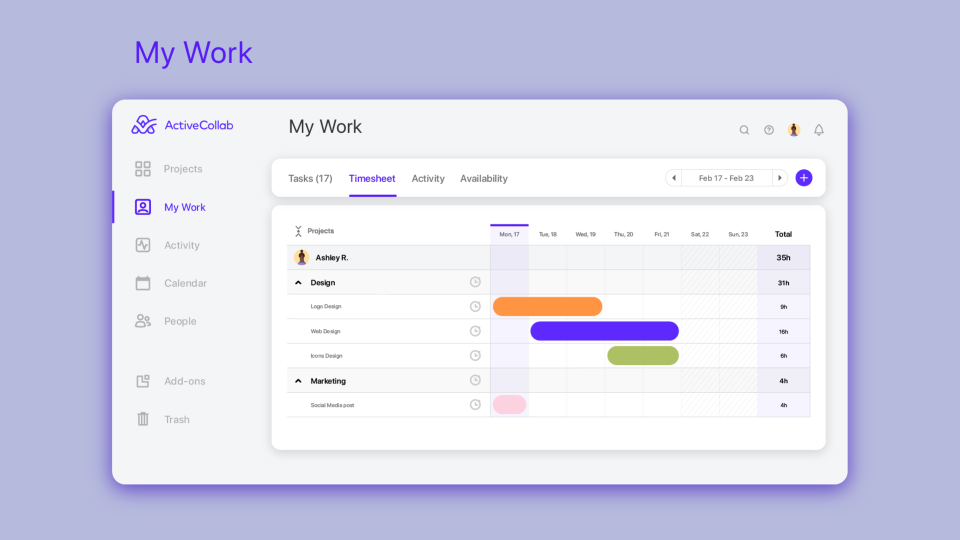 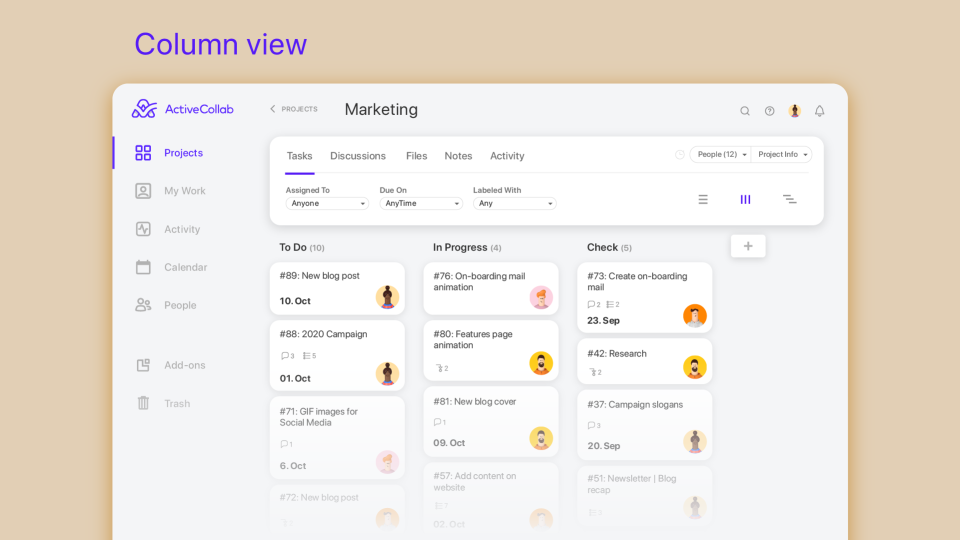 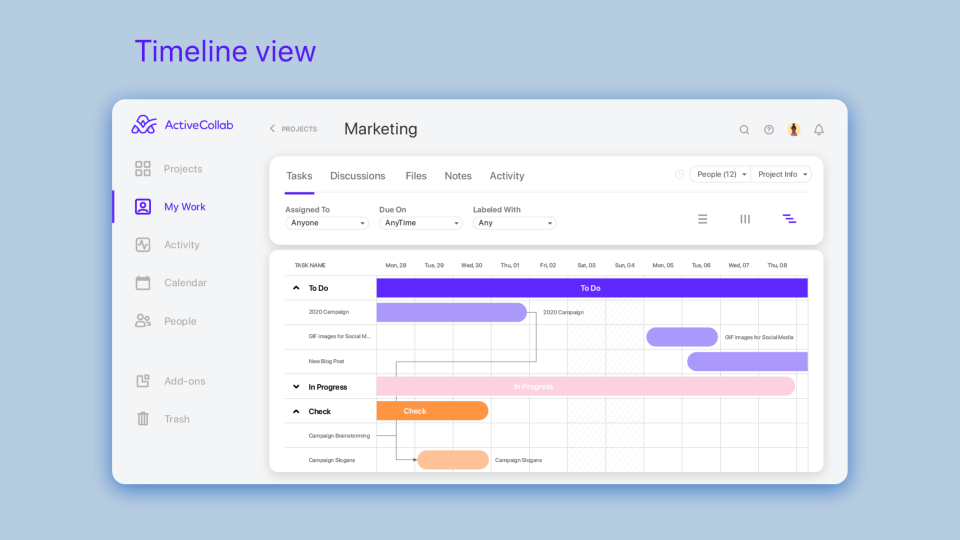 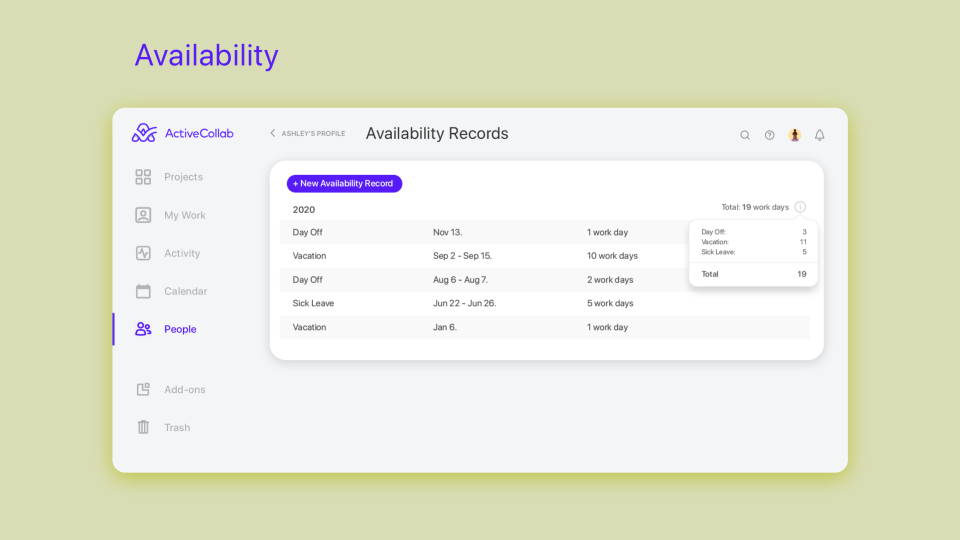 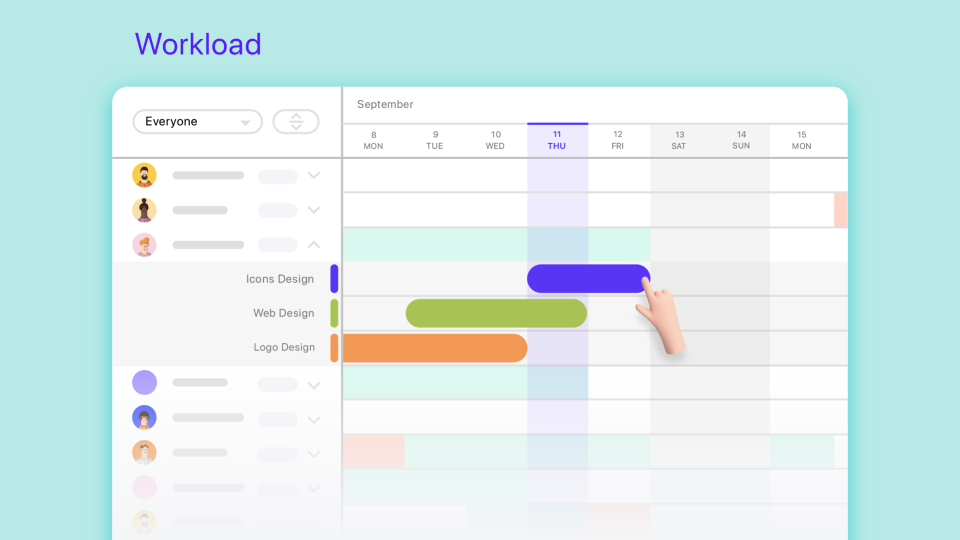 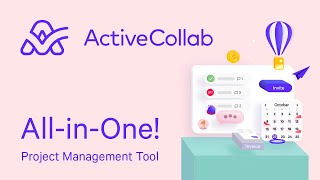 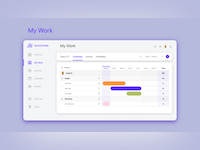 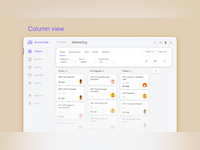 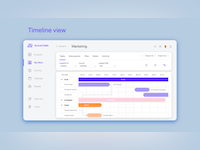 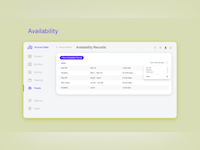 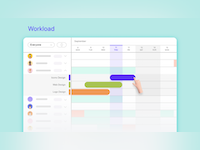 Commentaires: ActiveCollab is one of the best, if not the best project management tool that I have ever used and I have jumped from one to another tool for different projects and project types. If offers so many features, perfect dashboard, milestone preview, calendar, planner, contact details, time tracking and much more. While it is perfect for managing many different types of projects, this is still not the perfect tool for managing software development projects. The only reason for that would be, there is no (or that was not back then) an integration with Git or other version of control system. It was simply a missing feature back then.
I truly hope that nowadays the ActiveCollab team managed to improve and integrate such feature, but talking 6-7 years ago, that was the only downside that I can say about it. If for some reason that is still not available and you are into software development business, look for something else like Asana or Bitbucket.

Avantages: Great dashboard, different types of reports, milestone preview, calendars, time tracking tool are just a few of the features that make this software irreplaceable tool when it comes to project management.

Inconvénients: Lack of integration with Git or another version of control system.

Commentaires: My team is spread across the country and Active Collab allows us to work together on projects seamlessly. Our outside partners are also able to work with us easily.

Avantages: Great tool for managing complex projects with multiple stakeholders
Pretty robust feature set
Simple to access and easy to invite collaborators in & out of my company

Inconvénients: Upgrades have been a bit buggy and while the team are responsive, they don't always believe that they've broken something

"ActiveCollab is one of the easiest PM tools to migrate to"

Commentaires: Overall, I really like the product and I think for any team that has been plagued with trying to find the "right solution" to their PM needs, either overwhelmed by more technical PM tools or underwhelmed by lightweights, then ActiveCollab slots in nicely as being a very viable, competitive solution. You just have to ask yourself if the pricing is worth it.

Avantages: There are actually two PM tools that I absolutely love - Nifty and Ora, however, as much as I love them, they're a bit too "technical" for the layman to use. If you're not heavily invested in software development, they can be overwhelming, but ActiveCollab offers a really clean UI and superb UX that make onboarding new, casual users a breeze. The features offered in ActiveCollab are on par with the industry and mean that you can grow into the product as a team without worrying about boundaries for the most part. I only say "the most part" because I'm on a lower tier plan that doesn't include things like Invoicing (something I use a different product for anyway).

Inconvénients: While I guess it can be seen as a "smart" business decision, I think gating things like Invoicing behind a pay wall doesn't feel great as an end user. It's just the psychological aspect of it all, right?
If you said I had to pay $7.50/month for a plan and then an additional $3/month for Invoicing, I would be less inclined versus just being asked to pay $10/month for everything. I think the pigeon-holing of Invoicing being behind a plan that is also a price per member can also be a crux because the functionality doesn't really change between a 2 person operation and a 200 person operation, but the two would pay a crazy amount of difference ($6 vs. $600) just for Invoicing.

Commentaires: ActivaCollab is still at the initial stage in terms of features even though they have been in the market for a couple of years. It serves our initial purpose of tasking team mates and tracking task conversation and progress but not more than that. Based on that, our usage is limited to basic tasking and we are considering and exploring migrating to a different system.

Avantages: Onboarding is easy, interface is easy to use and understanding. It's also one of the cheapest option in the market. For features that are not available, the ActiveCollab team is keen to consider adding that feature though during our usage, we didn't really see the feature being rolled out.

Inconvénients: I used to use Basecamp and when compared, there are a lot of features that are lacking in ActiveCollab such as being able to create a Gantt timeline, quite messy grouping of projects on the main home page, not able to add vendors (only can add clients, yet we do not use ActiveCollab to collaborate with clients). As a project management tool, we also would like to see how we can gauge the workload of each team mate and if each team mate might be overload within the day or week, this function at the moment is not available. Completed tasked are being archived and under archived, the completed tasks are not organised according to task list. Some features such as invoicing and budget management cannot be adopted by finance team as they uses a more advanced thou legacy system which includes a whole lot of other functions on top of merely invoicing.