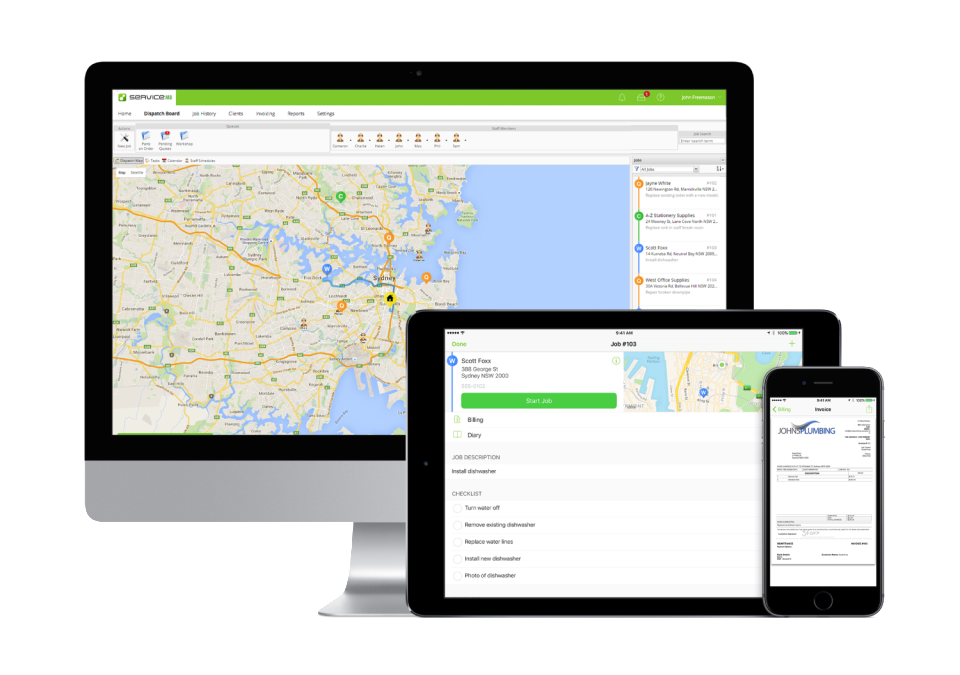 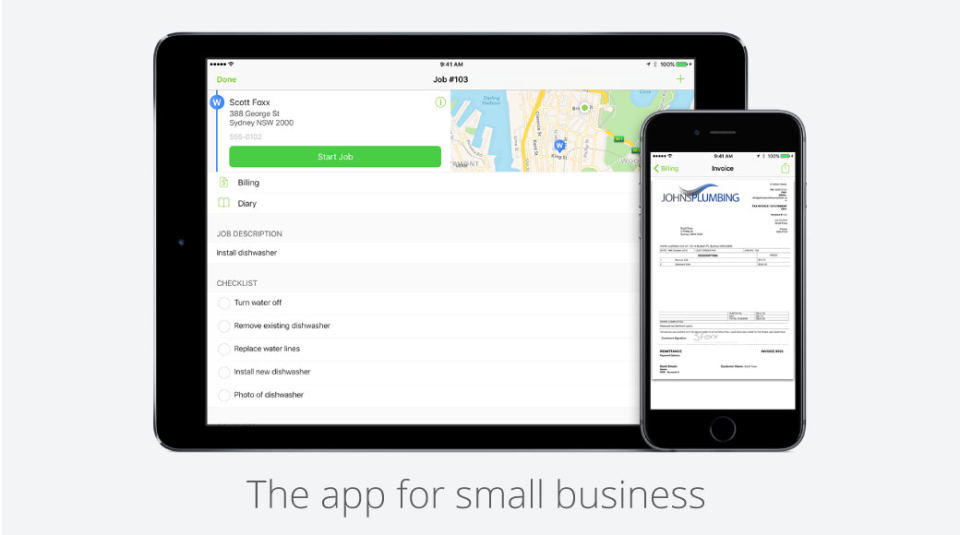 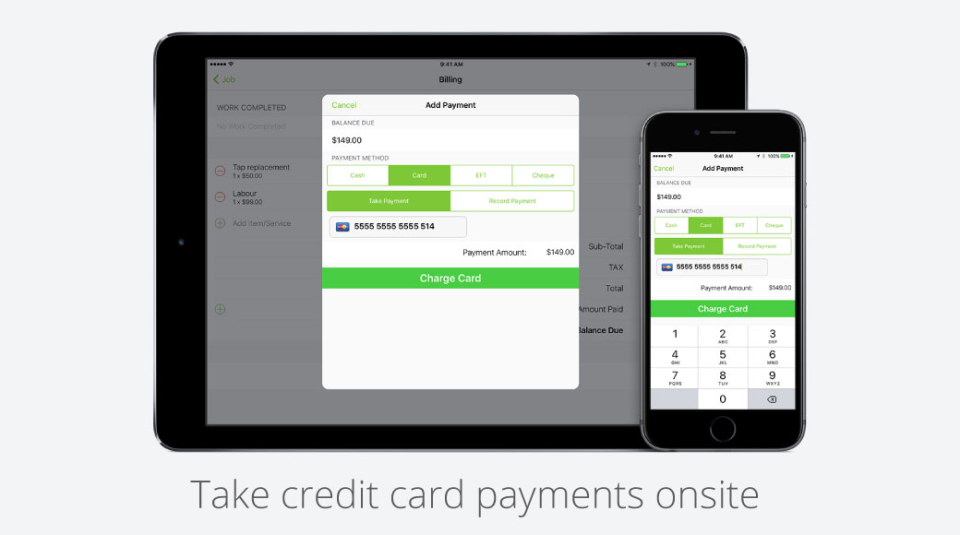 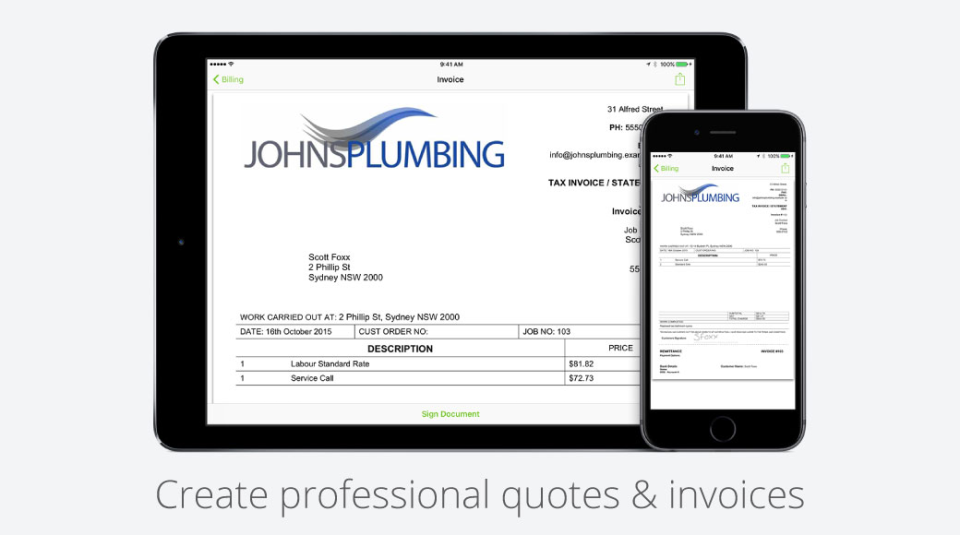 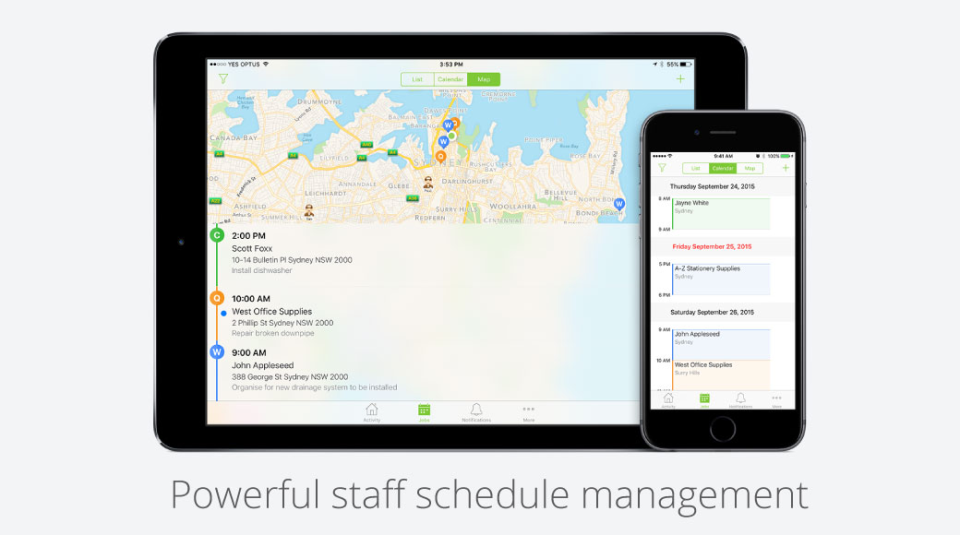 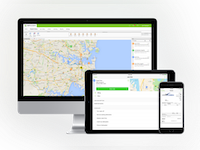 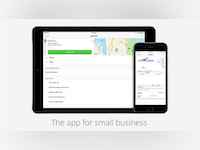 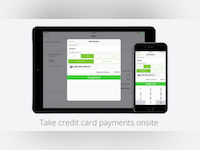 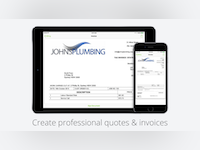 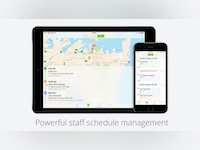 "ServiceM8 - The best little piece of software ever."

Commentaires: After decades of experience implementing various business information systems, I have never before had such pleasure working with such a fine product. ServiceM8 is not only exceptionally easy to use, the depth of functionality if mind boggling. The team at ServiceM8 have re-defined job costing and the ability to monitor job profitability. The average trades person is able to instantly review how job profitability is tracking without obtaining a degree in Accounting, nor spend hours late into the evening crunching numbers. As a Certified Public Accountant, I feel "Job Profitability" as calculated by ServiceM8 is more accurate than most small business accounting systems and definitely completely understandable by the average trades person. Only a bean counter would talk about job costing first ! Job Documentation is easy, accessible, and comprehensive. Every important aspect of a job is literally instantly captured, organised on that specific job, under a client/site code and stored in the cloud for immediate, forever access by your office team, co-workers, or yourself when you need to recall it years from now. Documentation 'happens' with a few simple clicks on your iPhone - even while you're on the tools. How would a bean counter know - because I spend as much time on my tools as on the keyboard - just ask me about my Festools ! As a real life example - ServiceM8 job documentation was presented to an enormous international product supplier after my claim of product failure while the company claimed user fault. That product has now been removed from the market - worldwide and that company is providing complete support following their failure. What is job documentation - photos, notes, check lists, forms, documents, tracking/co-ordination of sub-contractors and virtually anything you can upload. Quoting and invoicing a job is easier, better, and faster than any accounting system we've reviewed. We're not suggesting the elimination of the accounting system - it's still a necessary team member - just front end the accounting system with seamless - almost magical direct integration. And of course scheduling click click, drag - drop .... need I say more?

Avantages: Job Documentation. Efficiently created - conveniently organised - instantly accessible now and forever. The ServiceM8 "job" can house virtually everything which should be stored away about a job - The documentation can and should include everything from inception to completion - and everything in between. The owner of one of our clients commented "If you were here yesterday - you would have saved me $5,000". Had a simple photo of the site been stored against the job BEFORE starting work, his team could not have been blamed for pre-existing damage. During the job, plans, quotes, drawings, product information, permits, health and safety forms can all be just a click away for reference. Communications with the customer - all recorded on the job - No more "I didn't receive that" ...... well someone opened the email at a documented time and date .... who might that have been ? Job Completion - nothing better than a photo - stored away safely in the ServiceM8 cloud. Most trades rely upon sub-contractor. Get a quote, send task lists, required contracts/documents by the sub-contractor - All via your ServiceM8 account with or without you sub contractor using a ServiceM8 account. All of the sub-contracted work is documented within the job.

Inconvénients: Purchase Orders. We need the ability to accommodate the trades person who calls into the trade shop on the way to a job site for necessary job materials. I'd like to see the ability to snap a photo of the purchase order, store the transaction against the job, capture transaction details via OCR, post the transactions to the job, and pass the pending transaction to the integrated accounting system. This is not necessarily a 'con' - it something additional that I feel should be there to expand the functionality - Wish list stuff - With a development team like the crew at ServiceM8 - there is absolutely no doubt in my mind they'll deliver - more than likely something even better than my concept.

Avantages: It is a very well rounded software. Every year they add new features at no cost that improve the interaction with it.

Inconvénients: Wish they mad a version for Android. Most of my team uses Android and we have to provide them with an Apple device in order to use the software.

Commentaires: Overall it has great features but lacking one major feature for us which would cut down our admin time for invoicing and that is batch invoicing. Customer service unable to help with timelines for this upgrade or indication if it will be implemented?

Avantages: Stability in remote areas where signal is poor, Servicem8 holds up and we've tried them all

Inconvénients: Invoicing more than one job for one client during the month, no ability to combine jobs into one invoice? Feature requested in 2012 for batch/bulk invoicing and still nothing....

"A must have for trades"

Commentaires: We have only been using the platform for a month

Avantages: - The pricing structure is something that initially drew our attention. Instead of being per user it is a monthly fee (plus add-ons).
- The job scheduling is very easy to use and with a team scheduler add-on you can select multiple team members for the same job.
- the phone app is extremely useful. You can select to text a customer when you are on route (providing you've set it all up before hand).
- You can take payment in the field as well as invoices generating a link that customer's can click on to make payment. Payments are shown in the job diary.
- job diaries are autogenerated so you can see a good audit trail from creation to closure. You can add to existing jobs from the inbox feature.
- the network request add-on is really useful for our business where we use contractors who don't require a logon to our system but complete jobs on our behalf. We have set our templates up with forms and questions that need completion and when these are done it shows up on our portal which says time having to manually enter data in from emails.

Inconvénients: - Sometimes the navigation functions can be time consuming. It would be handy to raise a job from within the client module window (i.e. when you open a client you can view current and past jobs but you cannot raise a new one and therefore have to go to dispatch board).
- It would be good to have a shortcut to raise a new job on the main menu rather than having to select dispatch board.
- the asset scanning only appears to work with purchase stickers from ServiceM8 (unless we haven't discovered correctly how to do this with other ones...)
- It is limited to IOS so we have had to purchase iPad minis to sync with our android devices.

"I love this product. I am a daily user and use it for all of my online invoicing for my business."

Commentaires: A real time-saver and great for monitoring all invoice statuses -

Avantages: My favorite feature is the way you can send via email, a past due notice for your invoices and how easy it is to customize all email templates. Customize your quotes, estimates, invoices, past due invoices, and schedule the past due invoice notice date

Inconvénients: Only that you can only schedule one follow-up past due invoice. I would like to send past due notices every 15, 30, 45 days and send demand for payment emails at 60 and 90 days and then a notice for collections notice at 112 days stating past due account goes into collection at 120 days - Then it is out of our hands -