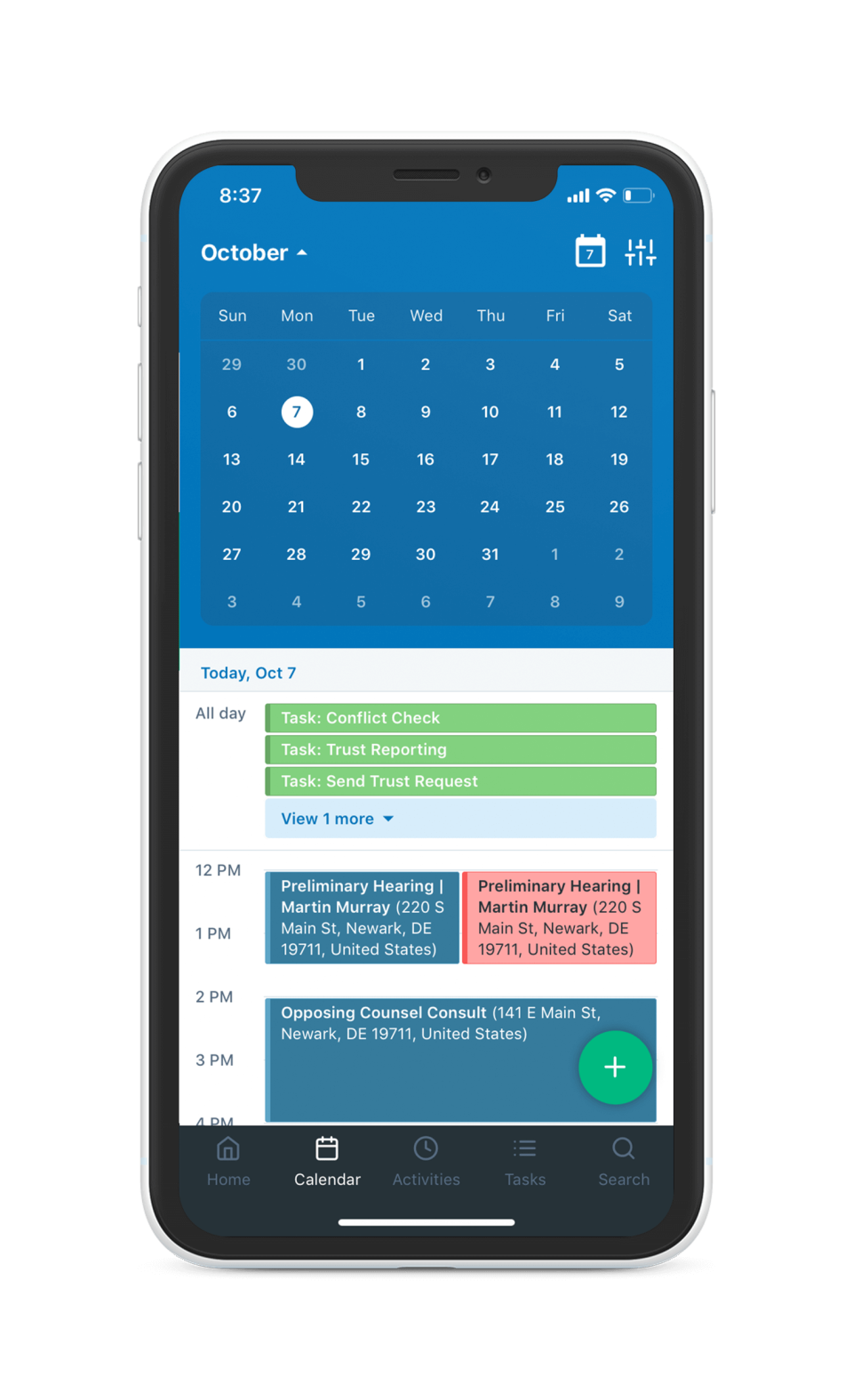 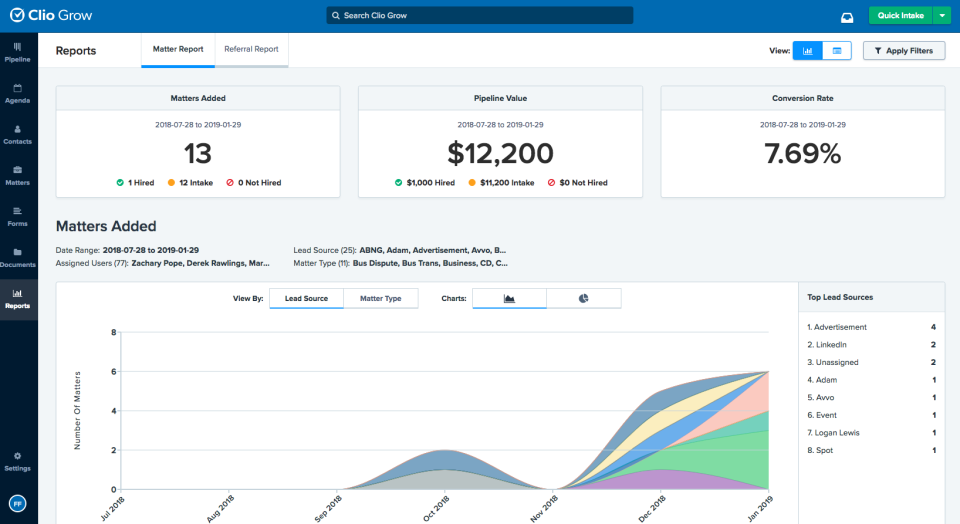 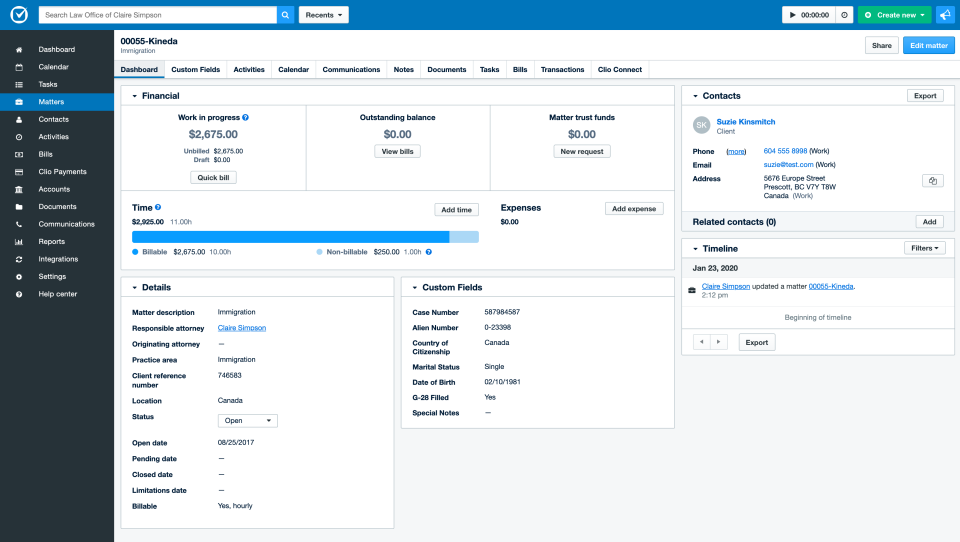 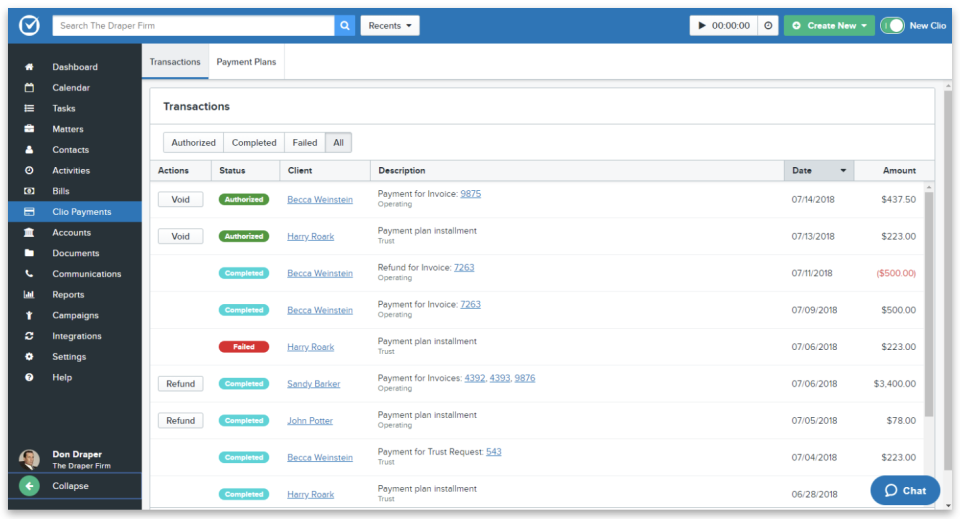 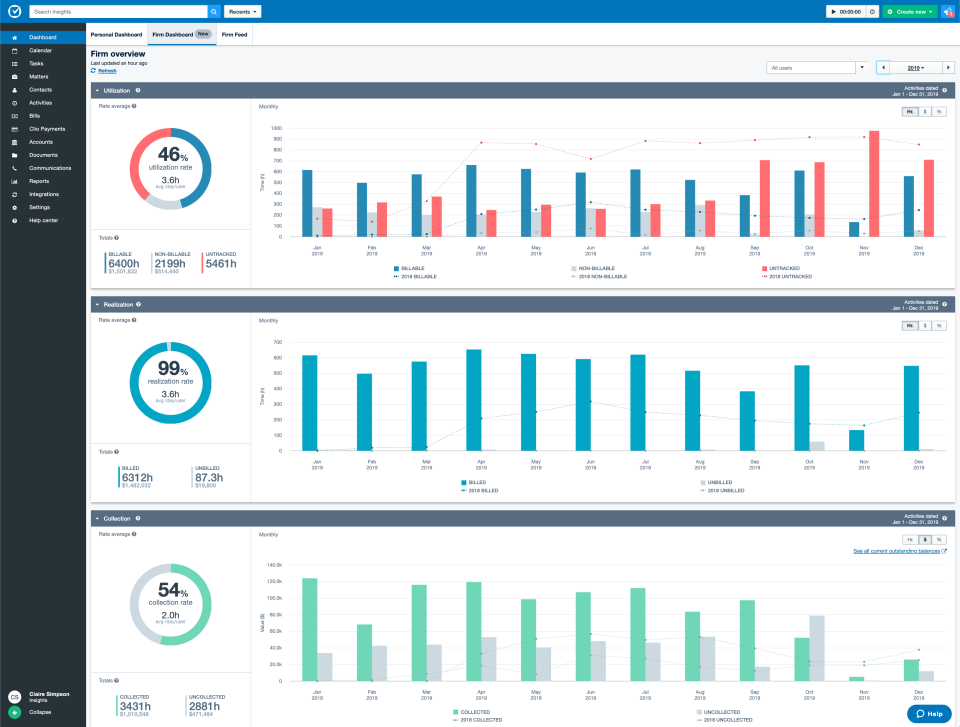 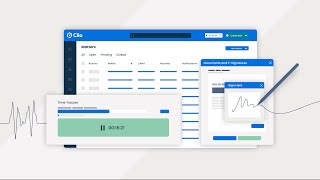 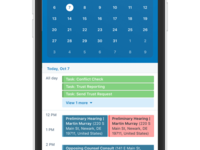 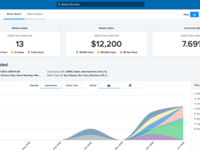 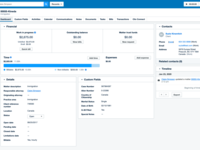 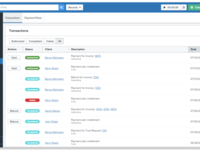 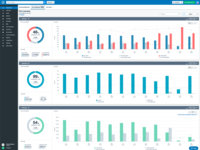 Avantages: Clio's intuitive design is easy to use for anyone from the tech savy to the "how do I turn this thing on" person. They are constantly adding features and functionality to the software solution making the administrative side of practicing law much easier and less time consuming. Clio's support team is always quick to respond and is always friendly and helpful. The growing list of integrations is definite plus and gives us the ability to extend the already great functionality to the next level. And if you are into coding, you can always create a custom integration to suit your needs.

Inconvénients: Really the only complaint I have about Clio is the reporting capabilities. While it has some great canned reports within the interface, there is no ability to customize reports to massage out information that would be useful to my practice. We make do, of course, but this has been my complaint for some time now. Last time I checked there was a pay integration that allowed for more robust reporting but adding yet another subscription isn't appealing when it would be relatively easy for Clio to add this capability to their platform.

Commentaires: Clio takes case management to a whole new level! Not only does it help me better organize my files and tasks, but it helps me quickly go between several tasks and files with ease. Clio helps me make the most of each and every day by its easy time management options - making bills quick and easy! Utilizing Clio Manage with Clio Grow has been the perfect setup that I needed as I started my own firm. There is no question that I am better managing my clients and my practice with the use of this software.

Avantages: My favorite feature of Clio is Clio GROW. I got it right from the start along with Clio Manage and I highly recommend it. As a sole practitioner, I need to be able to streamline and automate my intake process. Additionally, I need to keep up with my leads for marketing purposes. Clio Grow has enabled me to be much faster in my response time with new clients. It is very evident to me that my rate of conversion has been substantially increased with the utilization of Grow and now I cannot imagine my practice without it.

Inconvénients: I have seriously not found anything I do not like about this software. I have really practiced with it and have found every feature to be helpful.

Commentaires: Overall, the best time and billing software out there. I have demo'd several and Clio was the clear winner.

Avantages: Generally Clio changed my practice. The software makes it easy to access critical data which is right on your dashboard, such as billing goals (day/month/year), A/R, actually vs. targeted billing, client and matters, just about everything a lawyer needs at his or her fingertips to make billing easy and efficient.

Inconvénients: Sometimes, rarely, I find that info I need or a function I would want cannot be done which makes little sense to me. Also constructing Bills is more cumbersome than it needs to be.

Commentaires: (Continued from above) so, the report may say $X, but one would have no idea whether that is for 1 day, 1 week, 1 month, 1 year, 10 years - you get the picture. I have been raising this issues for a long time now and was today told that it may never be fixed. This is but one example of a clear failure to even understand the topic and the issue at hand. Clio was not like this before, so I suspect that something has changed at the company. Perhaps critical people leaving (and I have noticed that some people have left), perhaps financial difficulties, perhaps something else. Overall, if I was asked a year ago about Clio, I would wholeheartedly recommend it. Currently, it would only be prudent to recommend to avoid it, at least until the situation at Clio changes, if it does change.

Avantages: Clio could be, and indeed was for a long time, a fairly good and overall well featured application. As with any application, it did not have everything covered, but was slowly improving and adding features. In other words, it was a decent application that was getting better.

Inconvénients: As of few months ago, Clio, put simply, started going backwards, and fast. Features that existed for years and worked perfectly, were either intentionally removed or broken and no longer worked. The number of bugs has increased exponentially. I used to discover a bug once every few months in the past. These days, almost every day I have to report new bugs or follow up on the existing and unresolved ones. In the past, any reported issues were addressed and resolved quickly. Now, you still get emails in response, but the emails are more of the scripted/lip service type and most issues do not get resolved at all, including critical issues relating to basic features that used to work fine in the past. As I am not an insider to Clio, I am not sure what the reason is, but from many recent interactions with Clio support and their answer, it seems to me that there is no one at Clio who has their hand on the pulse or any control over the "technical team" or the "development team". From responses I get, it sounds like the "developers" run the place and if they do not think that something is important, it will not get done or fixed. To give you a concrete example, an important financial report was working fine in the past and, as one would expect, it was showing the period to which the report relates. Some months ago, when "updating" that report to a "new" report, they removed the period of the report field, so, believe it or not, the report now does not show which period it relates to

Commentaires: Exceptional, professional, easy to use, easy to learn. Simply far more wonderful than I ever expected.

Avantages: The time and billing program is easy to use. Keeps you on track to bill clients timely, accurately reflects you day, unbilled time as well as billed time. Highly functional. Exceptional Customer Service. This is the best decision I made in years.

Inconvénients: I do not have any Cons about the program. I wish I used it daily in the beginning of my learning curve.