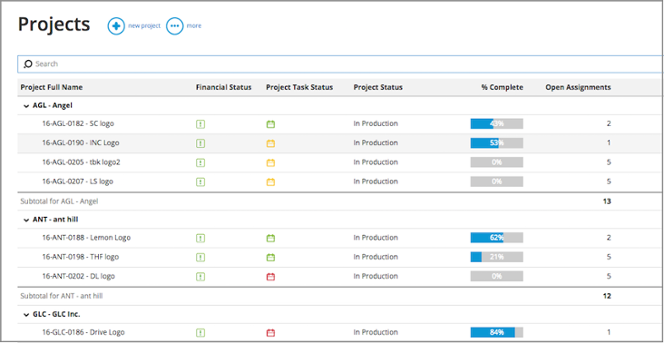 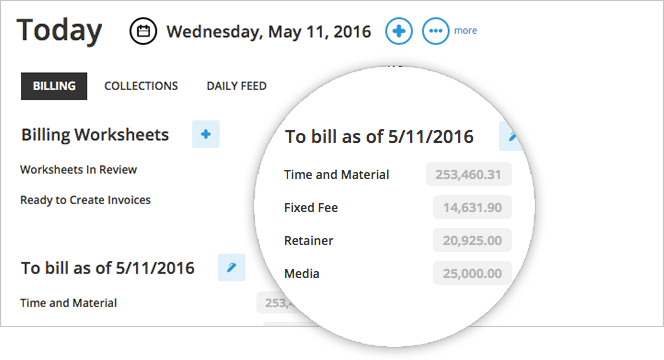 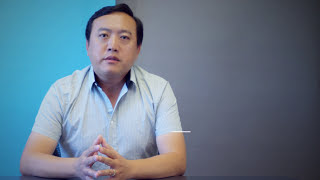 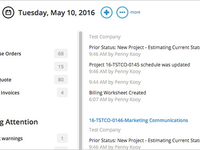 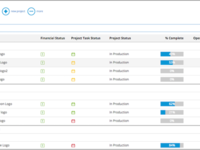 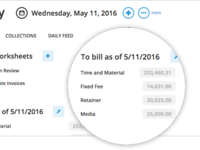 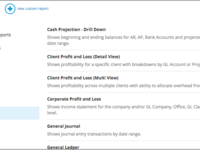 Commentaires: From dealing with customer service to upgrades to the software over the years the overall experience has been exceptional. I work on the Finance side but whats wonderful that it doesn't matter which piece of the software you go in to, the layout and functionalities throughout are consistent. In a small office under 20 sometimes people only touch parts of the software or their roles cross, the customization that WMJ offers to be able to handle the crossover in security and viewing ability makes this feasible. Being able to leverage the ability to look at financials by client/campaign/project and then report on efficiency and profitability is important to our management​ team.

Avantages: The ability to integrate our CRM, time tracking, project management​, and accounting to leverage the ability to look at our leading and lagging KPIs to be profitable.

Inconvénients: The variety of offering the software can do is massive. Deciding in our office whats a priority to run as efficiently as possible can be challenging. For example, there is WIP in the software but because of our size its the right fit for us.

Thank you for taking the time to review Workamajig. It's great to hear from someone who's been with us for so long, benefitting from the very features we've spent years developing!

As always, please feel free to reach out to support@workamajig.com with any questions, comments or suggestions.

"Love our Jiggy (Our nickname for Workamajig)"

Commentaires: The support team is fantastic. We keep in regular contact (a year after we rolled out the software) to make sure we are using it to the fullest potential

Avantages: We did a full search to replace our PM tool and our selection team felt the UI for Workamajig was the most streamlined and easy to use for a full featured PM tool. Time tracking is simple and straight forward and the UI is mostly consistent

Inconvénients: There are a few weird things like starting a discussion on a project task and some of the resource planning is a little cumbersome

Commentaires: As an end-user, Workamajig was helpful once I overcame the long process of learning the system. The system worked for a long time in helping manage complex tasks, budgets, etc, but we ultimately are transition for something more MEDIA friendly.

Avantages: In the complex world of task management for video production, Workamajig fielded many of the needs we threw at it, to varying degrees of success.
Fairly customizable, with a ability to create custom and interdependent forms
When they upgraded to Platinum a few years ago (from Classic) the interface improved its usability.
Notifications settings were easy, and program didn't default to an overwhelming amount of email.

Commentaires: I had an introductory training session with another employee before diving into Workamajig, however the program is self-explanatory enough to navigate without having to ask too many questions. I thought it was very handy to have timelines, budget, and timetracking integrated within one program to make overall tracking a lot easier for all involved parties.

Avantages: As a project manager, I used Workamjig often throughout the day, mainly to check cost-to-date statuses, create budgets/estimates, and adjust timelines. Our company also used it for timesheet purposes. I definitely liked the fact that you could integrate the time-tracking with project details, since that made cross checking the team's hours a lot more efficient (at a previous company, we used Workamajig to create budgets but actual timesheets were filled out using Excel, so there was no integration whatsoever). I found the platform relatively straightforward to work with, and found it easy to pull financials and other assets.

Inconvénients: One of my main gripes is - since the timesheet hours were directly correlated with a specific task on a project timelines (ex. the Creative Director could put 2 hours toward the task "Creative Ideation" - if a team member filled out their timesheet for a specific task on 06/23, the project milestone would automatically have a 6/23 end date attached to it, so had the potential of accidentally pushing the entire timeline forward (or backward). Every time I checked Workamajig to reference timing for a project, I had to make sure that the anticipated dates were actually correct, and hadn't been affected by someone submitting their timesheet. We had flagged this with the Workamajig several times, but were told there was not any workaround. Additionally, I found that there was often downtime when trying to pull up a report/add in time/etc. Even with high speed internet, pages had the tendency to load relatively slowly, which was an extreme annoyance especially when in a time crunch.

Commentaires: Overall I really like this software and would highly recommend it to any small to mid-sized agency that needs help to organize their project flow, tracking, client and vendor communications/task tracking/follow up and A/R or A/P.

Avantages: Workamajig helps our brand management agency track all necessary project information in one central location. Everything can be documented, from tasks to meetings, time entry, creative briefs, project proofs, PO's and invoicing. It is fairly easy to use. Also it is great for looking up projects from the past and creating new dockets based on the structure of past projects. Because Workamajig is web-based it provides a very user-friendly interface for team members no matter where they are located. Project home pages can be customized by each user, so they can show or hide a dashboard that features what is most important to them based on their role or how they work. Access rights and privileges are easy to assign as well.

Inconvénients: It can take a while for new users to get used to where everything is accessed as far as entry points for critical information or reports that you can pull. The user interface can be a bit confusing for project income forecasting - for example having to open more than one area of the project to enter Accounting information and billing dates, as well as checking off - "Include in Forecast" at the estimate stage. There are also many ways to achieve the same goal but it can be more confusing than helpful for some - I think there could be some simplification of steps needed for setting up things like project sales forecasts.

Thank you for sharing!
I'm glad to hear that your team is gaining value from having everything detailed in Workamajig.

I'd like to do what I can to make your experience even better. We do have different options available for revenue forecasting, as flexibility is necessary to cover the various needs in this area. Ex: fixed fee vs. time and materials, and the ability to create different versions of estimates on a single project, and decide which should be a part of the revenue forecast.

We'd love to hear your thoughts on how we can simplify this, while providing the same flexibility - please let us know at support@workamajig.com.

Looking forward to hearing from you :)